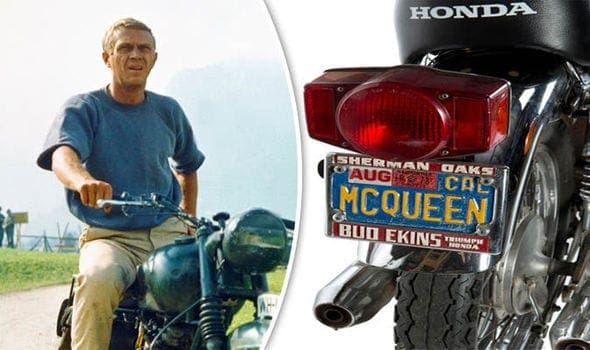 If you’re a Steve McQueen fan then check this out! The film star and iconic motorcyclist’s CB450 and riding jacket are going up for sale at the end of this month.

The Honda CB450 motorcycle, which has ‘McQueen’ on the licence plate and the name of his great friend stuntman Bud Ekins, is valued at £55,000.

The white racing jacket that McQueen wore when he competed in several races – including at Ascot in 1969 – is expected to fetch a staggering £48,000. He was given the green Honda in 1972 as a gift after starring in a commercial for the Japanese firm for which he was paid $1million. 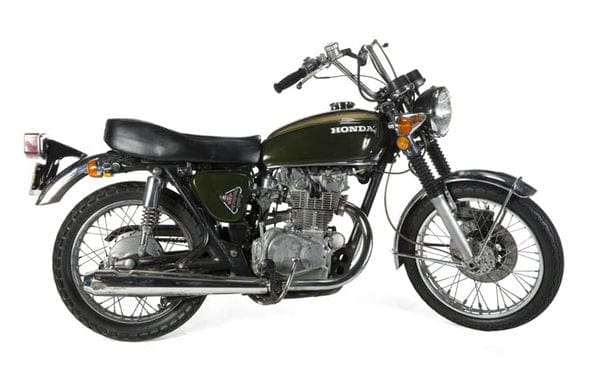 McQueen’s white nylon jacket, which he wore the racing jacket at Ascot in 1969 and during his March 1970 race at the Winter Sprint at Phoenix International Raceway, has a blue stripe and a ‘Simpson’ patch on the upper left sleeve with ‘Steve McQueen’ embroidered in blue on the right breast. His company’s logo for ‘Solar Plastics Engineering’ is printed on the back of the jacket. 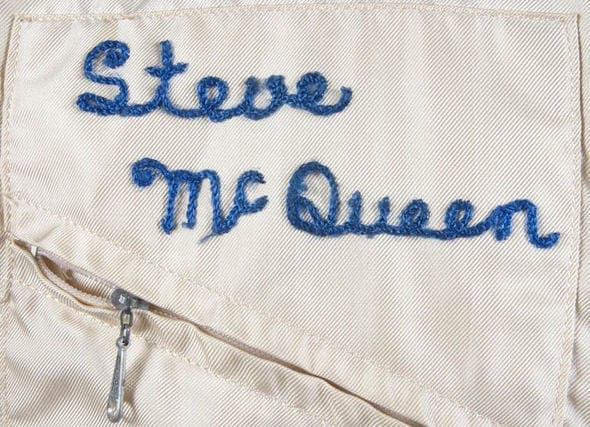 “Items from his life and career are hard to come by and there are more collectors and fans of Steve McQueen then there are items available to purchase. This makes him a blue chip in the collecting world of celebrity.”

The auction takes place on April 28.