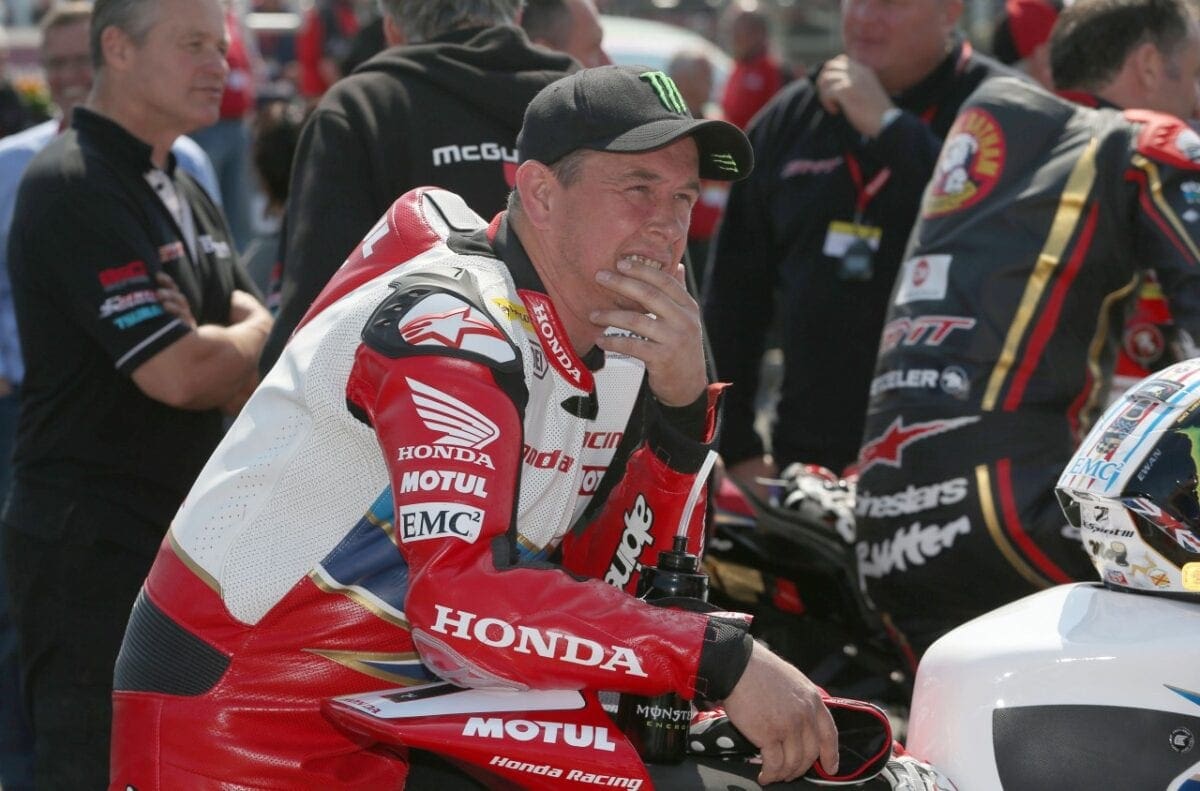 23-time TT winner John has been diagnosed with a compound fracture to his right lower leg, while in theatre last Thursday night it was not possible to plate the leg as initially thought due to the extent of the injury, and tomorrow an external fixator will be fitted. In addition, John has also suffered four broken vertebrae and has three broken back ribs, John will wear a cast for up to six weeks in treatment for the vertebrae. John will remain at Royal Victoria Hospital for around one week as part of the recuperation process.

Honda Racing has received John’s bike from the race organisers and will perform a detailed analysis of the bike and ECU data at its headquarters in Louth. As a result, the team has withdrawn from the Superstock and Superbike races at the North West 200.

The team will next be on track at Castle Combe in a couple of weeks’ time as part of its preparation for the Isle of Man TT.

Jonny Twelvetrees, team manager: “Unfortunately John’s incident at Primrose Hill during qualifying has resulted in quite a substantial injury to his right Tibia and Fibula. It is a real blow to John and the team, but he’s got an incredible amount of spirit and is in very good hands with the medical staff at the Royal Victoria Hospital. We now need to determine what happened and will sit out the Superstock and Superbike races, get back to Louth to analyse John’s bike and re-group ahead of our next test at Castle Combe in a couple of weeks before we head to the Isle of Man.”