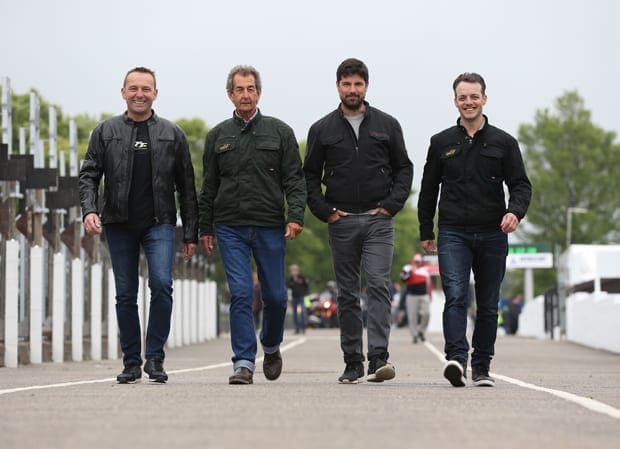 North One TV’s coverage has begun on ITV4 in a feature packed show as the team look at the main contenders and stories at this year’s Isle of Man TT Races.

The usual presenting team of Craig Doyle, Steve Plater and Steve Parrish are joined by double TT winner Australian Cameron Donald who will be providing race analysis and commentary on the track action.

The programme features an interview with John McGuinness who arrived on the island yesterday. John will be updating fans on his injuries sustained at the North West 200. The team also talk to John’s Honda Racing teammate Guy Martin as well as an in-depth discussion with Michael Dunlop on how he is getting to grips with the new Bennetts Suzuki and his likely main challenger for race wins – Ian Hutchinson.

There’s also a feature on the Padgetts Racing team as they campaign the RC213V with Bruce Anstey and a look at the all Australian Norton outfit of Josh Brookes and Dave Johnson.

Steve Parrish catches up with ex-F1 driver Mark Webber who has been taking in the qualifying session and there’s also a look at the tyres required to race sidecars.

You can catch the show on the ITV Player.