This afternoon’s Zero TT electric race was scheduled to start at 16.25pm – but after an incident during the Senior and Supersport qualifying session, TT organisers have confirmed that’ll be it for today’s action.

In the Senior and Supersport qualification session that preceded the session, it was great to see Honda’s Guy Martin back out on the CBR1000RR – after the Lincolnshire lad has missed a handful of races (presumably) due to an injury he sustained earlier this week. Hopefully he’ll be putting in an appearance for the Zero TT (once it’s been rescheduled) after qualifying second behind his Mugen teammate Bruce Anstey. 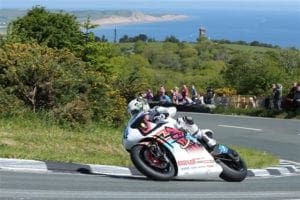 We’ll sit tight for an updated schedule from the organisers – and we’ll let you know as soon as it appears.