Ok, so maybe we’re jumping the gun a bit here with the ‘final Panigale’ bit – but it’s either that or a special edition Laguna special 1299 on the way.

Whatever it is, above these words is the video sent out from the factory last night. The bike in the footage is slated for a worldwide reveal on Friday, July 7 at the Laguna Seca round of the World Superbike Championship in California.

According to the usually-not-wrong Jensen Beeler on the American website, Asphalt & Rubber, somewhere in a video that he’s seen (which may be slightly different to the one we’ve got here) is the title ‘Panigale Final Edition’. To be fair though, it might just be us being dumb, the title might well be in here and we’ve not seen it, or know how to find it – if you can find it, tell us where will you?

Here’s what we were sent from Ducati, you can see the time and place for the unveiling in the invite but there’s no mention of a final edition Panigale in this bit, either. 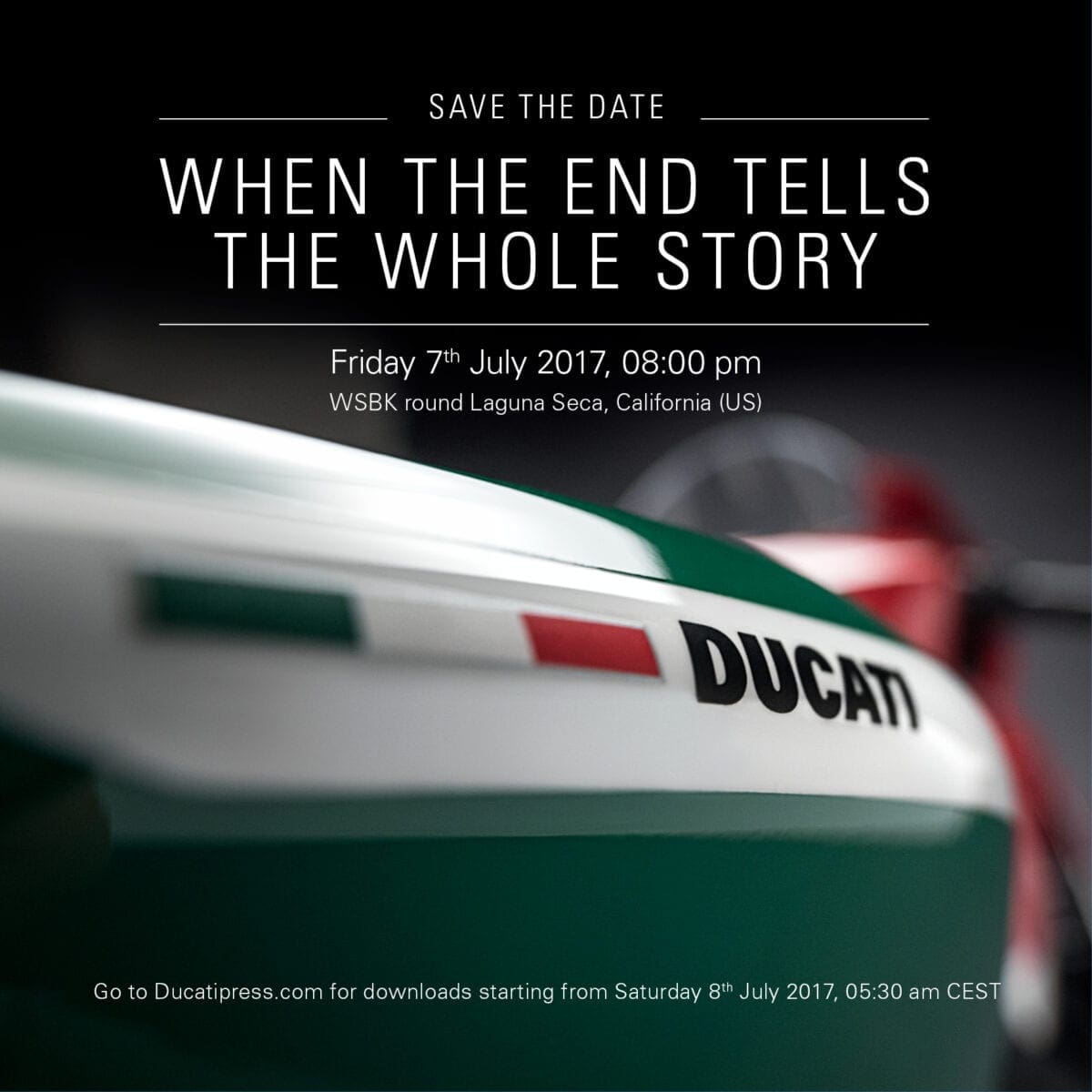 We don’t doubt Beeler on this. If he’s seen that video title then that’s cool and if we’re talking V4 angles here then that’s got to be the last pointer towards the upcoming new configuration main superbike from Ducati that we’ve been banging on about for a couple of years now, surely?

You can see the article from when Ducati actually confirmed the V4 HERE.

Anyway, whatever the truth and facts of this Ducati-powered matter end up being, the video is pretty nice and now we know when something pretty special is on the way from the Italian camp.