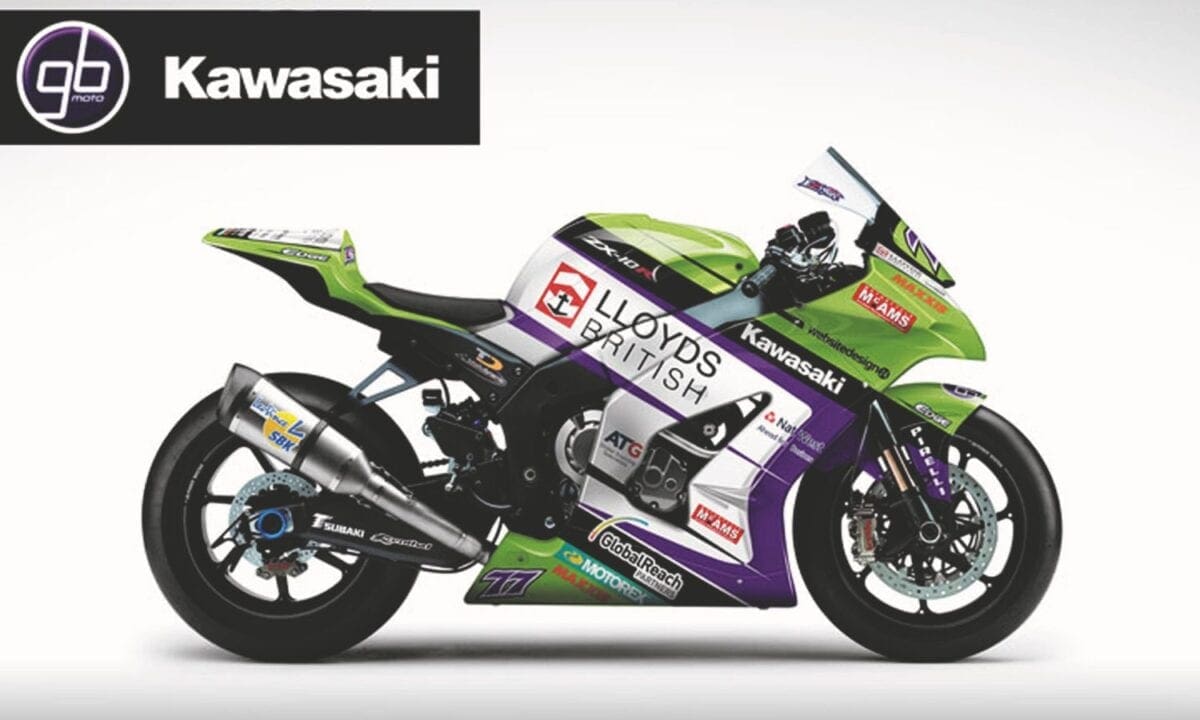 Having spent the winter building the two new Kawasaki Ninja ZX-10R machines that riders James Ellison and Chris Walker will campaign this year, the three day ‘shakedown’ test at Cartagena allowed the team to run through essential set-up work and begin to establish a base setting. Despite this being the first time the bikes were on track, both riders were able to set their fastest ever laps around the 2.1 mile circuit.

Following Cartagena, the team moved to Almeria to join a three day official MCE British Superbike test. As the only major team switching manufacturer, GBmoto Racing had to continue working on initial set-up and finding a base setting for both machines rather than push for lap times. Having worked through their entire testing program, the team now return to the UK ready for next week’s Donington Park test. 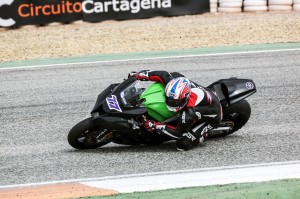 James Ellison is very pleased with how testing has been going, “It’s been a really positive six days testing. We’ve covered a lot of miles and managed to test everything we wanted to as we continue to work towards setting the bike up. It’s a completely new machine for both myself and the team so we spent a lot of laps just gathering information on what does and doesn’t work so we know which direction to take the bike.

The team have been fantastic, we’re all getting on and I’m beginning to feel a lot more comfortable on the bike as I learn the Kawasaki. We weren’t pushing for lap times at either Cartagena or Almeria as we were working on setting up things like the suspension, fuelling and electronics but even with that, we were still able to set some good times, which is really encouraging. The team now have a lot of information to sift through and I’m confident we’re going to have a strong package by the time Brands Hatch rolls around!” 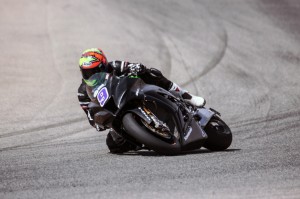 Chris Walker is also feeling positive following the Spanish tests, “It’s been a fantastic week for us, particularly when we look at where we came from on the first day at Cartagena, where the bikes hadn’t even turned a wheel before, to where we ended at Almeria. It’s been a strong start to a season that I’ve not enjoyed for a long time and I’ve not had such a comprehensive testing schedule since my days in World Superbikes!

The team have been fantastic and me and James have been working really well together – I would be trying one thing, he another and then we’d come together at the end of the day and compare notes. It’s a bit strange as although it’s a Kawasaki, the bike is fundamentally different to anything I’ve ridden previously so it’s like we’re starting from scratch, which is really exciting. Clearly Shakey is the man to beat, but we’ve got to remember his entering his third year on that bike while we’ve had just six days but we’ve now got a huge amount of data to go away with and work on before Brands, so I’m confident we’ll be able to close the gap.” 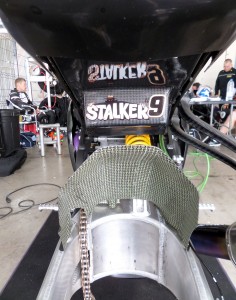 Following the first tests of the new GBmoto Racing Kawasaki’s, Team Manager Terry Liquorish said, “I couldn’t be happier with how the team has worked over these two tests, it’s been a complete change for GBmoto Racing, with new team members, riders and importantly motorcycles but we’ve all gelled and managed to successfully work through our entire testing program. Both Chris and James have worked tirelessly testing different parts, while other teams could perhaps push a little more, however that’s all paid off as we now have a clear direction to work on and although we won’t be able to implement all of it in time for Donington, we’ll be able to further refine aspects and then bring a slightly different machine for Snetterton.” 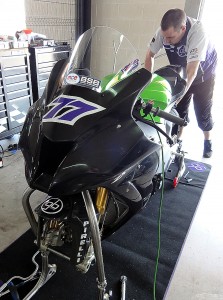