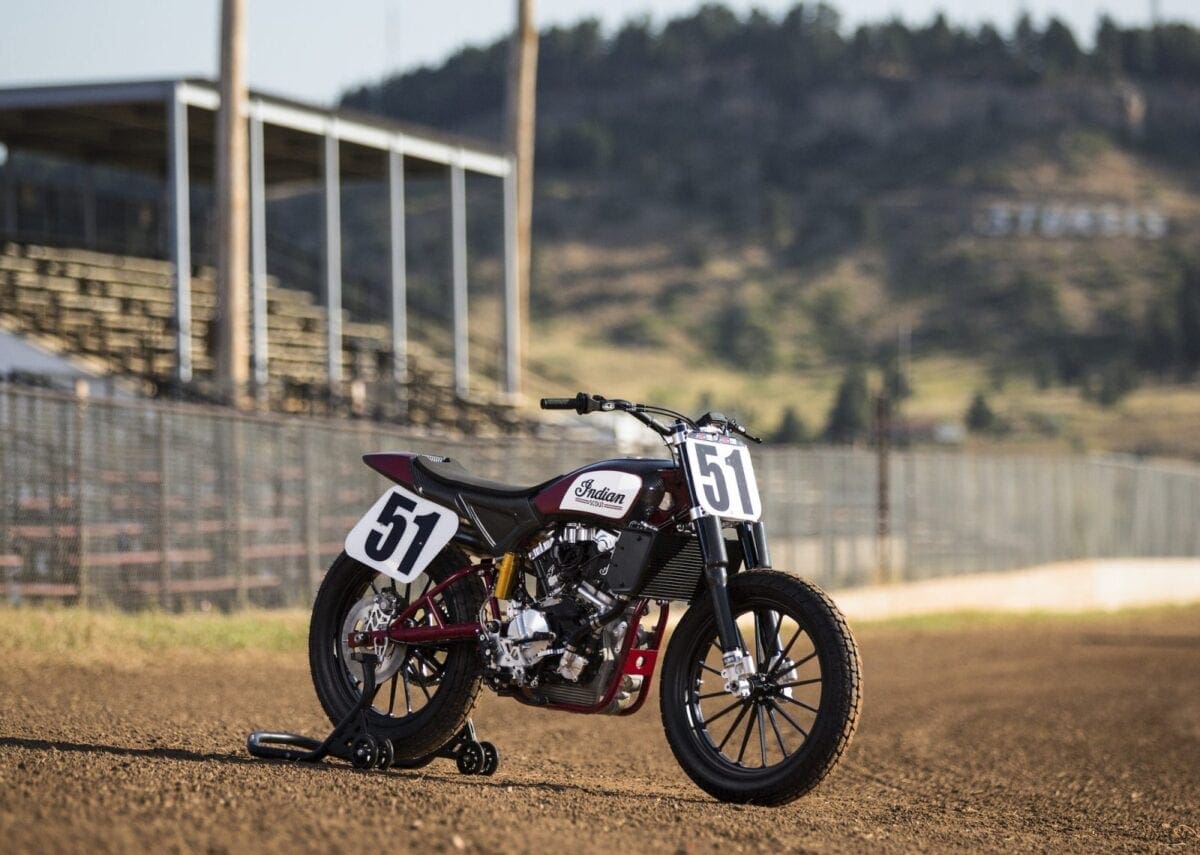 When Indian Motorcycle announced it will return to its roots in flat track racing after more than 60 years away from the sport, the motorcycle industry and fans alike were unsure as to what to expect. Now, with the season at halfway point, Indian has decided to sell a customer version of the motorcycle.

The Scout FTR750, which won the first eight races of the season and has captured 22 of 27 podiums this season, has been running in a class of its own. To celebrate Indian’s return to the sport, and the dominant performance by the Indian Wrecking Crew (the quirky name for the race effort), Indian Motorcycle is offering a limited-edition, individually-numbered Scout FTR750. 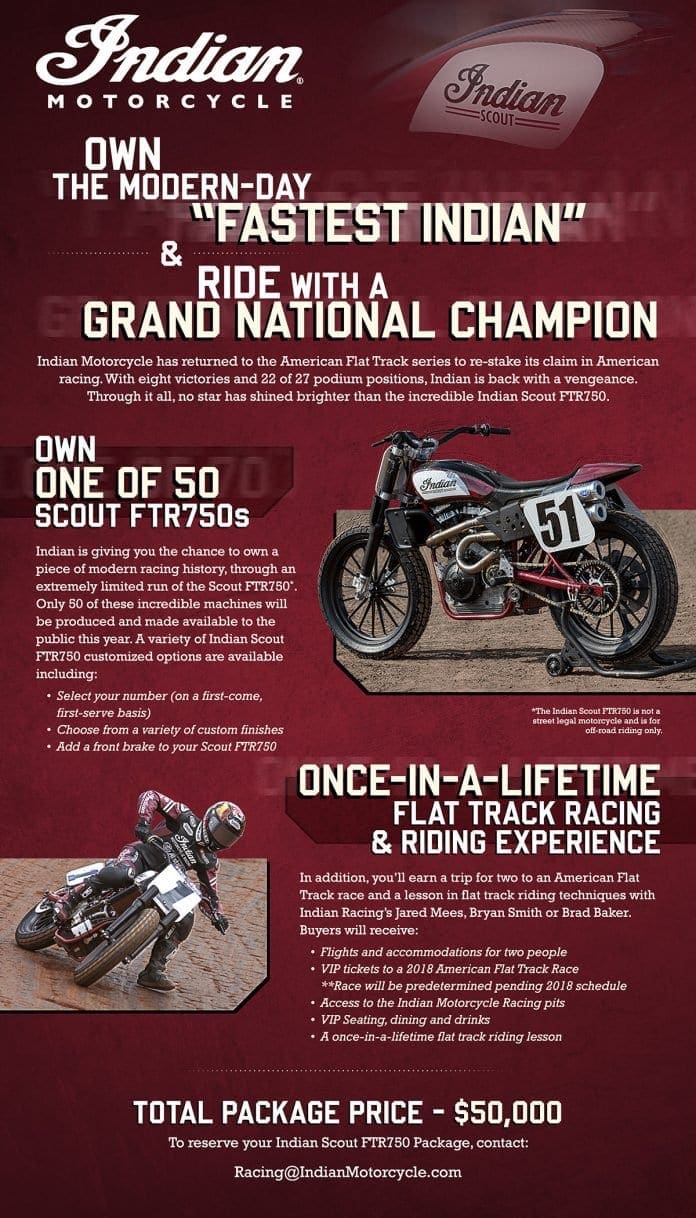 With such a limited run, Indian is also allowing customers to customize their FTR750 with a variety of options including:

· Selecting their own number (on a first-come, first-serve basis) from bikes 1-50
· Choose from a variety of custom finishes
· Optional installment of a front brake

Along with the bike, buyers will also be given a one-of-a-kind VIP viewing experience at an American Flat Track event where they will have access to the racing pits and a meet and greet with the team. The following morning, the VIP guest will receive their one-on-one flat track riding lesson with a Wrecking Crew rider. 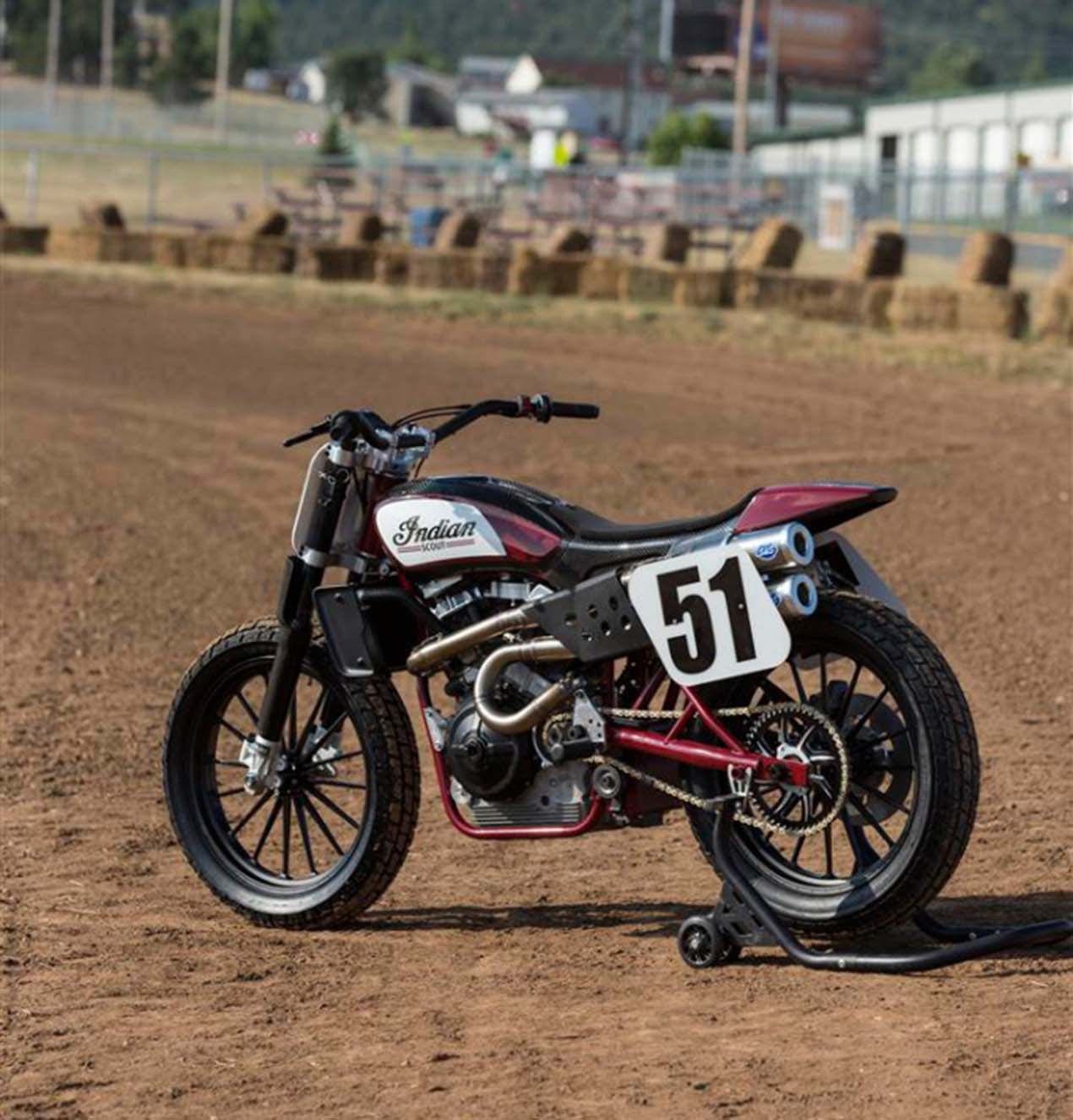