Motorcyclists claim to have been banned from The Royal Oak at Ulley, near Rotherham. 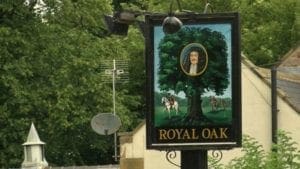 The pub is owned by Samuel Smiths brewery, based in Tadcaster in North Yorkshire. The independent brewery, which has around 200 pubs, recently banned people from swearing on its premises – and now Biker Mark Smith has been told he will no longer be served at The Royal Oak. 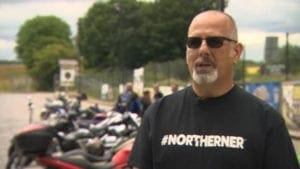 “Before I even got to the car park a guy greeted me and said ‘we’re not allowed in, bikers are barred. I parked up and I am getting my gear off and a staff member came out to greet me and said ‘I can’t serve you, we’ve barred bikes’.”

He said a staff member told him the decision came from the brewery, and that no reason to bar him and other bikers was given.

Euan Lawrence, from Black’s Solicitors in Leeds, said bikers were not a “protected group” under the Equality Act, meaning it is not against the law for the brewery to ban a group of bikers from its pubs.

“Whilst many people would say ‘well in the plain English meaning of the word discrimination then yes it is discrimination. But for the purposes of the law and whether or not there is a remedy in respect of that discrimination – the short answer is there is not.”

We’ve contacted Samuel Smiths Brewery for further clarification – but it has refused to comment up to this point.