Kawasaki closes down USA streets to shoot commercial for NEXT YEAR’S Ninja 400. 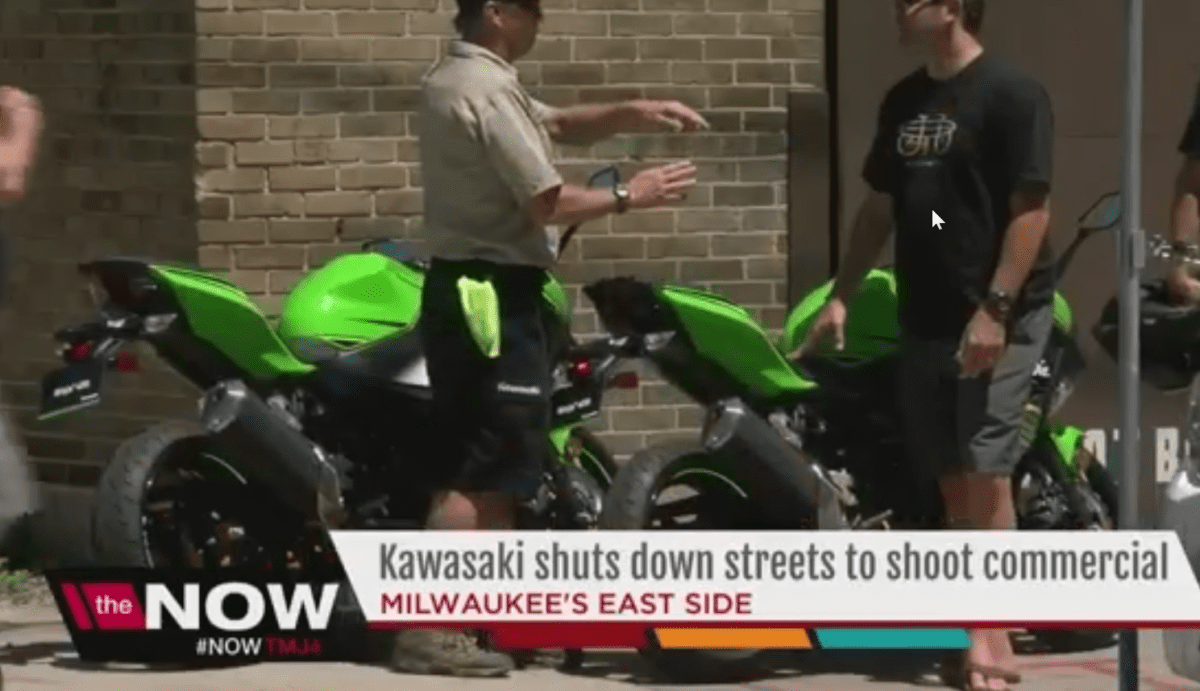 As you’d expect, there’s no details on the new bike but put you can be sure that this motorcycle is definitely going to be a part of the 2018 model year because Kawasaki has been using the new bike to shoot a commercial in America. And from the footage gathered we can clearly see the name ‘Ninja 400’ on the bike’s numberplate.

Streets in Milwaukee (naturally, the birth place of Harley-Davidson) were closed whilst the Japanese firm filmed for two days. Reports have the bikes riding through intersections and the film crew ensuring that everything for the new model is shot in a city-scape rather than any open-road action. 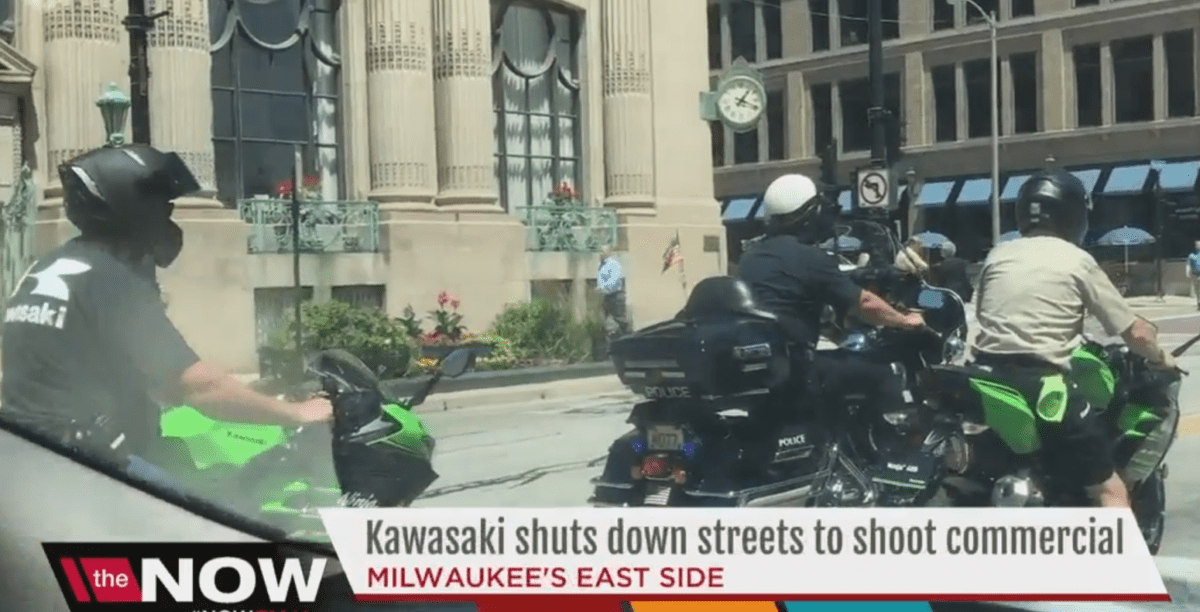 There’s been some speculation for a while about a new 400 being added to the Kawasaki range and the actual motorcycles look a lot more like the current small Ninja (albeit with a pretty racey facelift) rather than the mini-ZX10/er6f hybrid that illustrators have been imagining. 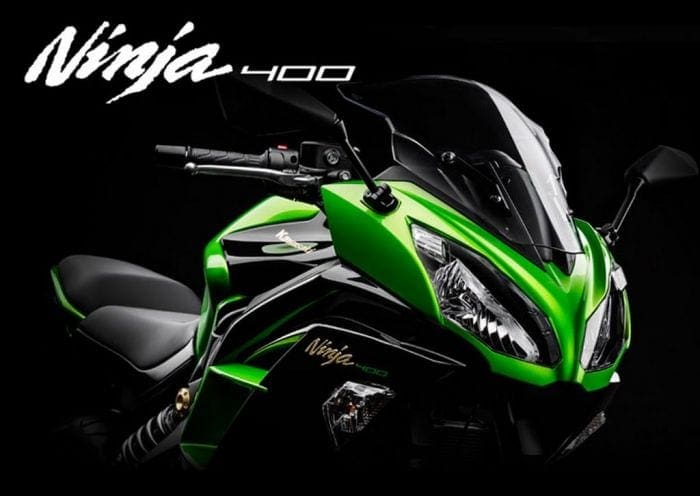 Expect the bike to be launched at the end of this year with its sights firmly set on the upcoming BMW S310RR, Yamaha R3 and KTM RC390. The new Ninja 400 will have more mid-range torque than the current bike and a tad more top-end, too.

The return of the feisty, sport, useable sportster 400cc class for the road looks about ready to make a serious return in 2018.