Since the start of the year, a swirl of speculation has surrounded the Ducati brand, as VW look to offload the iconic Italian motorcycle manufacturer – and release funds to deal with the ongoing Dieselgate scandal. 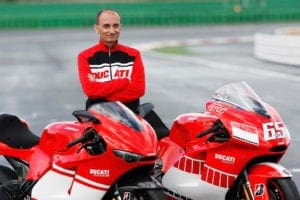 In the intertim, we’ve reported that a bunch of big names have expressed an interest in taking ownership of the Ducati brand – from KTM to Harley Davidson and Bajaj Auto to Benneton.
Post-dieselgate, VW has big plans for its future. Called Strategy 2025, the Germans want to become leaders in clean and green energies, pushing electric and autonomous automotive technology – and the sale of Ducati would release significant funds for reinvestment.

Despite the clear statement of intent, VW has hit a stumbling block that could prevent the sale of the Italian factory. Last year, Ducati turned €731 million (£661 million) of profit – and the union leaders of VW, who occupy 10 of the 20 seats on the Supervisory Board (that is in charge of deciding on sales of shares) are not convinced the sale is the right decision in light of such success.

“Anyone who reads the biannual report of the company should know that we do not need money and our subsidiaries are not available to bargain hunters,” an internal source revealed last weekend. 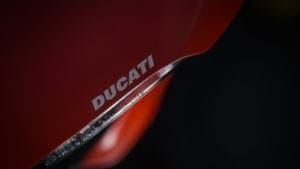 The unions will be counting on the support of the Porsche and Piech families, who hold four seats between them. And that’s not all – the State of Lower Saxony , which owns 20% of Volkswagen and typically aligns with trade unions, has the right of veto decisions affecting the closure of plants and the sale of goods.

All decisions must be approved by the aforementioned Supervisory Committee, but the Administrative Committee which is currently looking after the potential sale, has not made any request to the Supervisory Committee in this regard as yet. Ultimately, despite the rumours the sale of Ducati is still a long way from reality – especially without wider support from within Volkswagen.