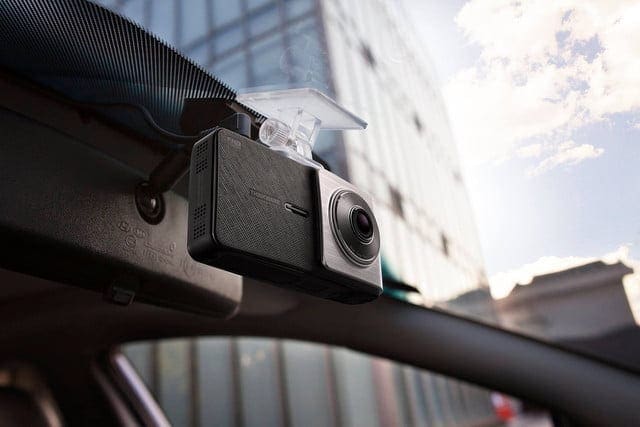 A pilot scheme for police forces to use dashcam footage sent to them by ordinary members of the public as a source of evidence allowing them to prosecute law breaking on the roads could go nationwide across the UK.

Operation Snap, as it’s called, is pioneering the use of dashcams after a boom in the popularity of the tech has seen a huge uptake in the amount of dashcams used on the road.

The scheme, originally set up in North Wales last October has now been adopted by all four police forces in Wales with other forces across the UK, Australia and Hong Kong now considering the same.

All four police forces in Wales are to start using dashcam footage recorded by the public to investigate driving offences after the North Wales Police’ efforts during the trial scheme were deemed a success.

Operation Snap started last October in north Wales. It encouraged drivers to upload their own ‘evidence’ of illegal or dangerous road use directly to a police website. So far, the force has dealt with 129 cases as a result of footage submitted. The operation will link up with the Go Safe partnership to operate across Wales.

Insp Dave Crust, of North Wales Police Roads Policing Unit, said Operation Snap had saved police about 12 hours’ work per case, as investigating an allegation of bad driving could take up a lot of resources. He added that footage could be used to prove innocence as well as guilt.

“There was a woman who went through a green light and hit a car. Two members of the public said she went through a red light and she was going too fast. The camera proved differently,” he said: “It’s proper, reliable evidence.”

The footage submitted has to be unedited and include the whole journey, not just the incident. Members of the public submitting any footage must not have already, or plan to, share the footage on any form of social media.

Police forces from other parts of the UK, Australia and Hong Kong have been in touch about the scheme so expect to see similar operations in place relatively soon.

Chief Inspector Darren Wareing said: “If you have footage from a dash cam, your pedal cycle cam or any other source that you feel supports you as a witness to an alleged motoring offence, we want to hear from you.

“North Wales Police recognises that the vast majority of the public want to use the road network to get from A to B safely; and that they don’t wish to tolerate unnecessary risks that some are exposed to by the actions of others.

“Over recent months we have received footage capturing motoring offences including careless and dangerous driving, people on mobile telephones and people being distracted whilst using their smart devices behind the wheel.

“We also recognise that vulnerable road users – including cyclists, motorcyclists and horse riders are now using cameras. We are seeing some awful very close passes and people pulling in and out of junctions putting cyclists in danger. We know that cyclists and horse riders come off worse when they are in collision with a car. Often the car driver has taken an unnecessary risk – or didn’t even see them.

“We will not tolerate this and wish to support all road users, including those who are most vulnerable, to have a safe journey.”

“The scheme takes advantage of the increased use and availability of dash cam footage, allowing the public to participate directly in improving road safety.

“For the most part, minor incidents will result in driver education courses. In more serious cases, video footage is often the best evidence available to help secure a conviction.”

Wareing added: “We hope Operation Snap will make a difference on the roads and that people will feel safer and reassured by our efforts to tackle bad driving. This is all about making the roads safer for all. Nothing more, nothing less. Those who are prepared to risk their lives and the lives of others are not welcome on our roads.

“If those people know there is a much bigger chance of being prosecuted and risk losing their licence then maybe, just maybe, they’ll think twice about not making that call, not answering that text, not update their status or stick a “like” to a dancing kitten whilst driving.”

Once contact has been made with police instructions of how to upload any footage or photographs will be sent by email. A Police Officer will then review the evidence and take a decision on any action that is appropriate.

But the Alliance of British Drivers said the scheme was a charter for “road vigilantes”.

A spokesman said:”There are two ways of looking at this. If there is an actual offence being committed there is no reason a member of the public shouldn’t report it to the police.

“However, if it’s just someone’s personal opinion that they don’t like the way someone else is driving, it’s a different issue altogether – it’s just vigilantism. The police could be wasting a lot of time looking at videos sent in by the public.

“The use of cameras by cyclists, you tend to see a bit at the end, you don’t see the whole circumstances of what happened. It’s very difficult for anybody, looking at a video produced by a member of the public, to say ‘that’s unreasonable’ and an offence is being committed.”