MotoGP: All the stats ahead of this weekend’s racing at Misano

The MotoGP world championship is heading back to Misano – and in preparation for the action kicking off, here’s a bunch of facts and figures about this weekend’s racing at the iconic Italian circuit. 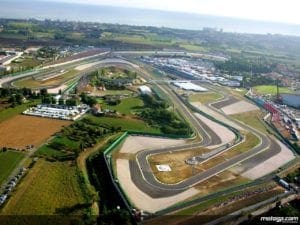 Heading into this weekend’s action, Andrea Dovizioso (Ducati) leads the championship – 4 points ahead of Marc Márquez (Repsol Honda), 13 ahead of Maverick Viñales (Movistar Yamaha), 26 ahead Valentino Rossi (Movistar Yamaha MotoGP) and 35 ahead of Dani Pedrosa (Repsol Honda). It is the closest the championship has been at this point in the season, since the introduction of the current points system in 1993. 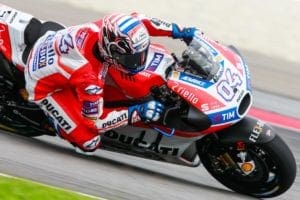 Only 19 points separate Yamaha, Honda and Ducati in the manufacturer’s championship. It’s as close as it’s ever been in the MotoGP era.

The Misano GP first took place in 1980, and was won by Kenny Roberts. The circuit subsequently hosted the Grand Prix ten more times between 1980 and 1993 – but after an accident involving Wayne Rainey in 1993 race, the GP didn’t return for another 13 years. When MotoGP returned to Misano in 2007, the route was reversed and extended to 2.6 miles.

Since the GP returned to Misano in ’07, Yamaha race teams have had the most success – achieving 6 victories, most recently with Valentino Rossi in 2014. Honda has won three times, Ducati once, and Suzuki has achieved a couple of podium finishes. Interesting, the last time anyone won from pole position was Dani Pedrosa in 2010. 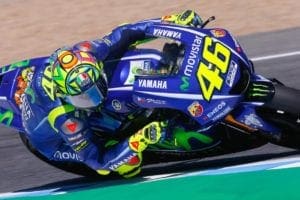 If Dovizioso wins in Misano, he will be the second rider to win two races on Italian soil the same year. As you’d expect, the first to achieve this was Rossi, back in 2008. If Dovi wins, he will become the oldest rider to win three or more consecutive races since Mick Doohan did back in 1998. The Italian could also become the sixth driver to win three or more consecutive MotoGP races by joining Valentino Rossi, Casey Stoner, Jorge Lorenzo, Marc Márquez and Dani Pedrosa.