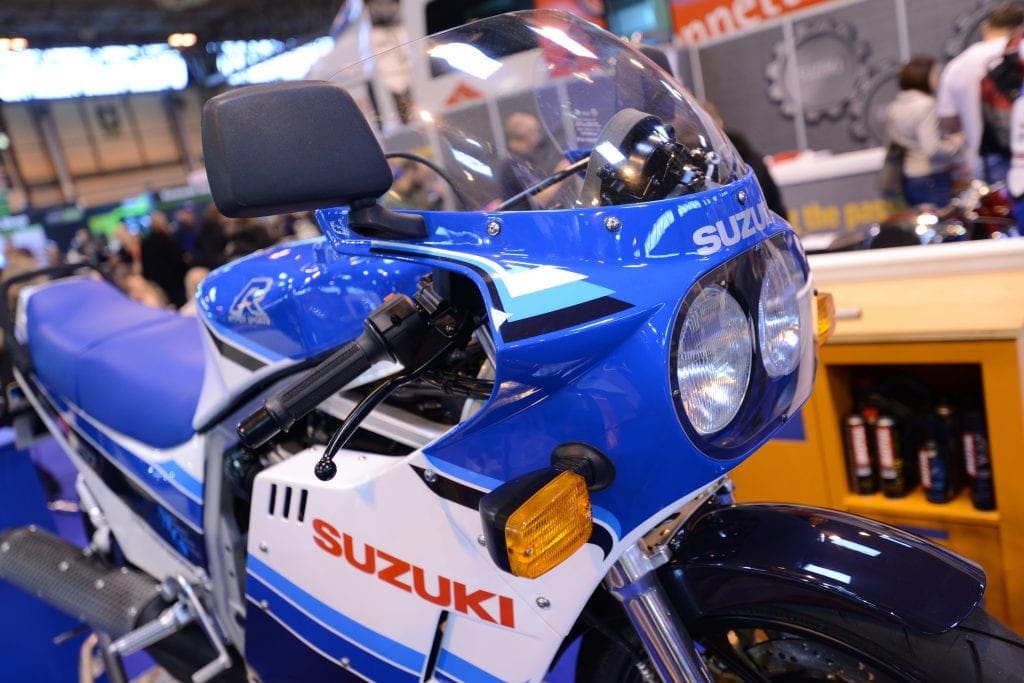 Suzuki GB is making a big appearance at the annual Classic Motorcycle Mechanics show at the Staffordshire County Showground, and will be bringing an array of iconic production and race bikes to the event, which takes place on 14-15 October.

Showcasing Suzuki’s racing heritage will be both of Barry Sheene’s world championship-winning RG500s, the 1976 and 1977 machines recently restored to their former glory by former Grand Prix technicians Martyn Ogborne and Nigel Everett. The restorations of both machines were also aided by Suzuki’s Vintage Parts Programme, with many parts carrying over to the production RG500. 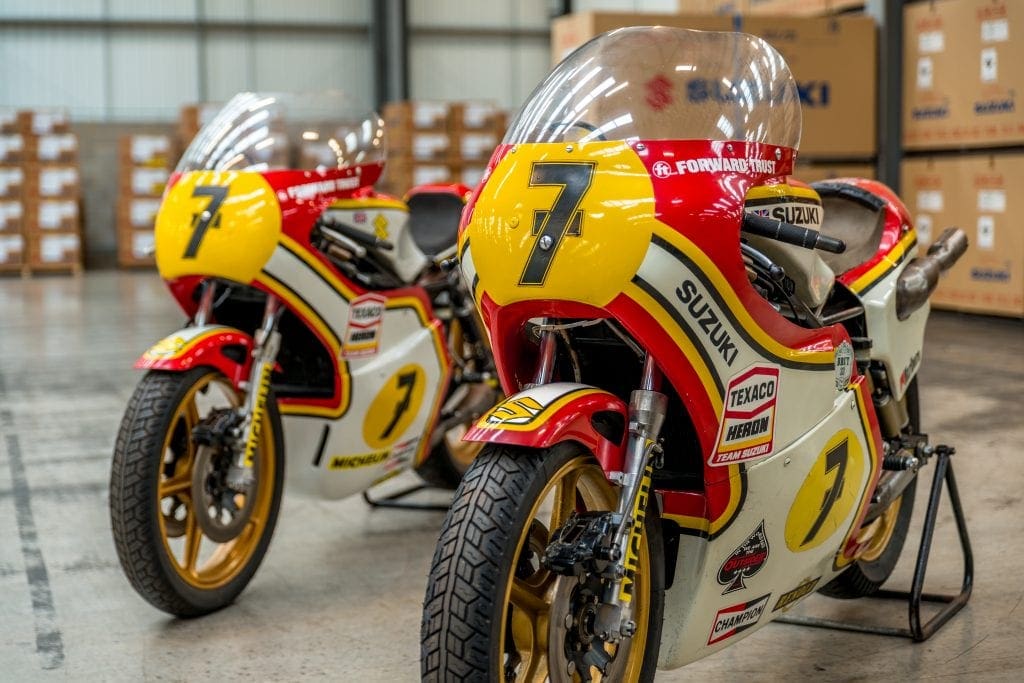 From the same era will be the 1976 Manx Grand Prix Senior race-winning TR500, and a Crooks Suzuki T20 – the first Suzuki to appear at the Manx Grand Prix.

Moving forward in time, Suzuki will also display Kevin Schwantz’s 1989 Pepsi Suzuki RGV500, along with his Lucky Strike-sponsored, 1993 world-championship-winning bike and his 1994 machine. Also in Lucky Strike colours will be a full-factory RGV250. The newest machine on display will be Kenny Roberts Junior’s 2000 world championship-winning Telefonica Movistar RGV500. 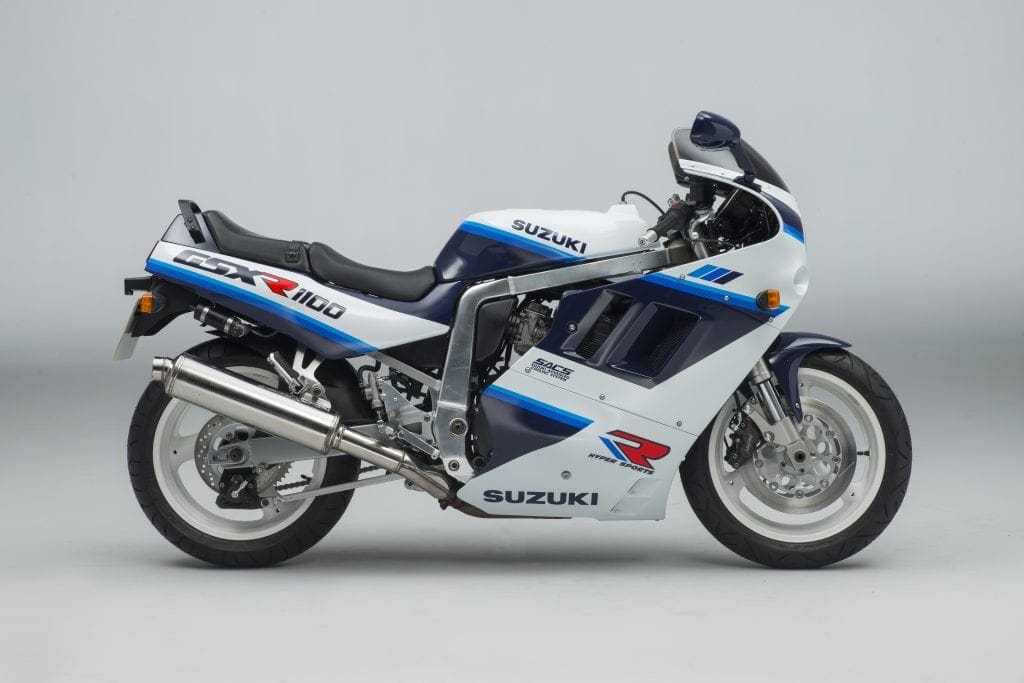 Further highlighting Suzuki’s Vintage Parts Programme will be the 1985 GSX-R750F, which was restored as part of the firm’s GSX-R 30th anniversary celebrations at Motorcycle Live, while the GSX-R1100, which has been restored by Suzuki’s young apprentices, will also be on display.

Suzuki GB’s aftersales marketing coordinator, Tim Davies, said, “We’re incredibly excited to get back to this year’s Staffordshire show, and this year we will be bringing as many classic bikes and iconic race bikes as we can fit in the lorry! Both the GSX-R750F and GSX-R1100 projects really serve to highlight our Vintage Parts programme, while the refurbishment of Barry Sheene’s 1976 and 1977, world championship-winning RG500s was not only a fantastic thing to do, it again promoted the programme, as some parts carried over to the road bikes.

“We’re also looking forward to seeing the displays from the Kettle Club, the Suzuki Owners’ club, the GT X7 club, Air-Cooled Suzuki and Katana club, and the guys from Robinsons Foundry. Plus, we’re excited to welcome Suzuki Performance Spares to the village area at the show, too.”