Honda is upping the tease-video game nicely ahead of the Tokyo Motor Show at the end of the month with a nice pointer towards something cafe racer on the way.

This video (below) is the latest from the Honda Neo Sports Cafe (yeah, that’s the name – we like it) and is clearly sticking to a modern-retro style for the models undergoing a bit of the old design magic. So what bikes are we likely to see from the Honda Neo Sports Cafe lot then? Well, the clever money is on the new CB1000R big naked (pictured above, this is a computer-generated image of the bike from our friends at Young Machine magazine in Japan) – that’s a bike that will carry the Hornet name when it’s released early next year. According to rumours doing the rounds in Japan, there’s also a couple of road-going versions of smaller 150cc specials that we saw recently at the Asian motorcycle show in Saigon that are being added into the Neo Sports Cafe stable, too.

Of course, there’s nothing to say that the bike glimpsed in the video won’t be the SUPERCHARGED big naked with ride-by-wire and a trellis-type frame (and the supercharger-feed cleverly sited between the cylinders that we first showed you several days ago) see all the patents of that bike HERE. 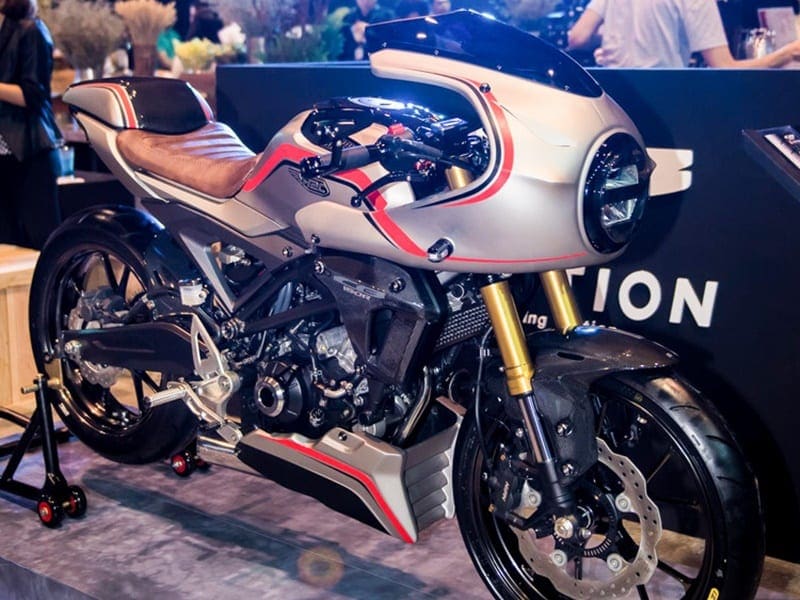 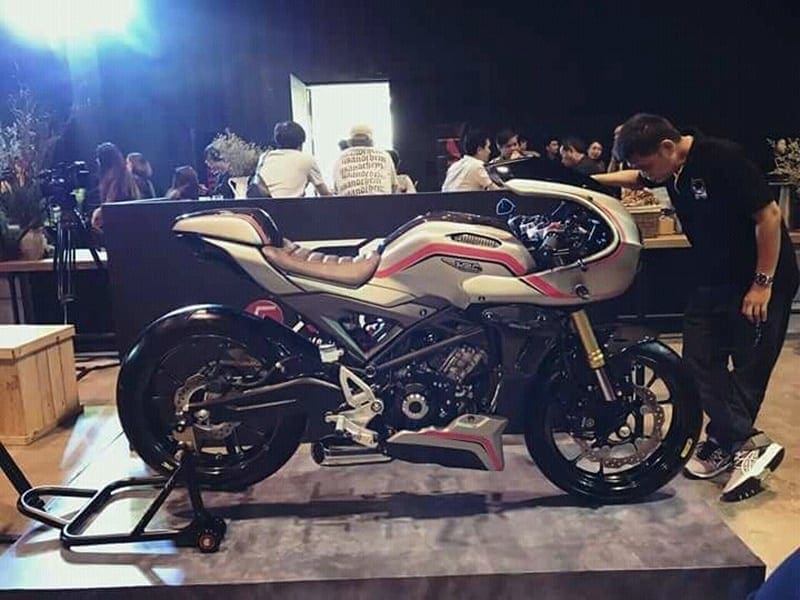 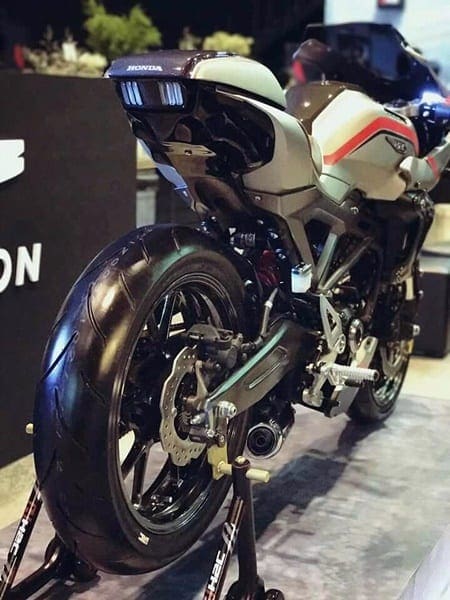 Honda’s ‘show special’ CB150R EXMOTION (above) and Scrambler models (below) at display (snapped by MotoSaigon) at the show do bear a striking resemblance to the bits and snippets of whatever it is we can see on the Honda video. 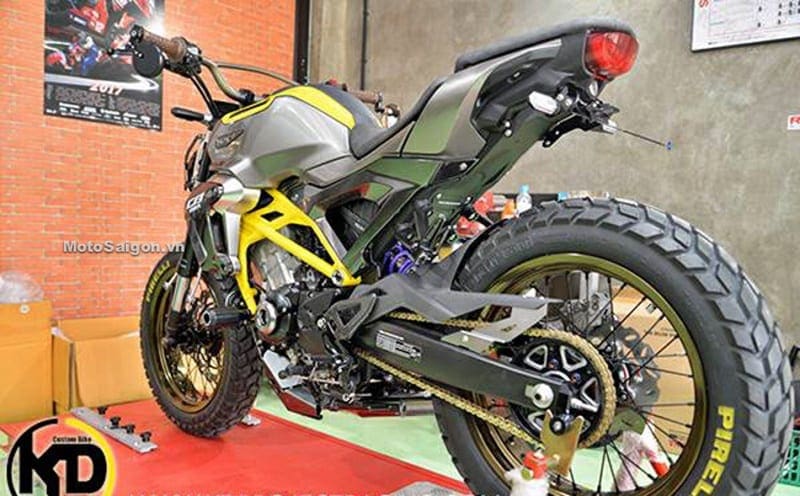 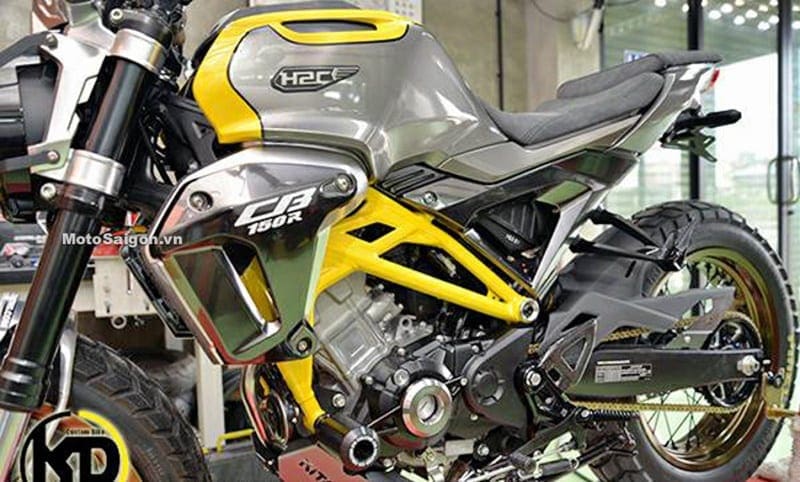 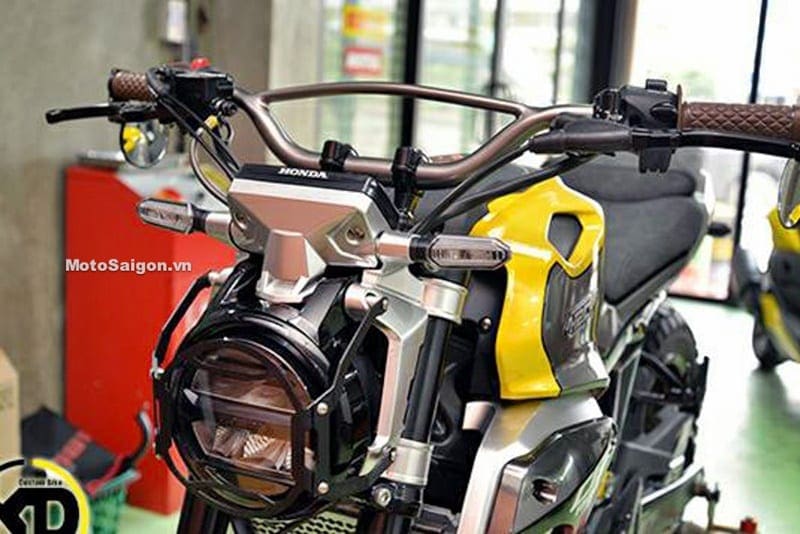