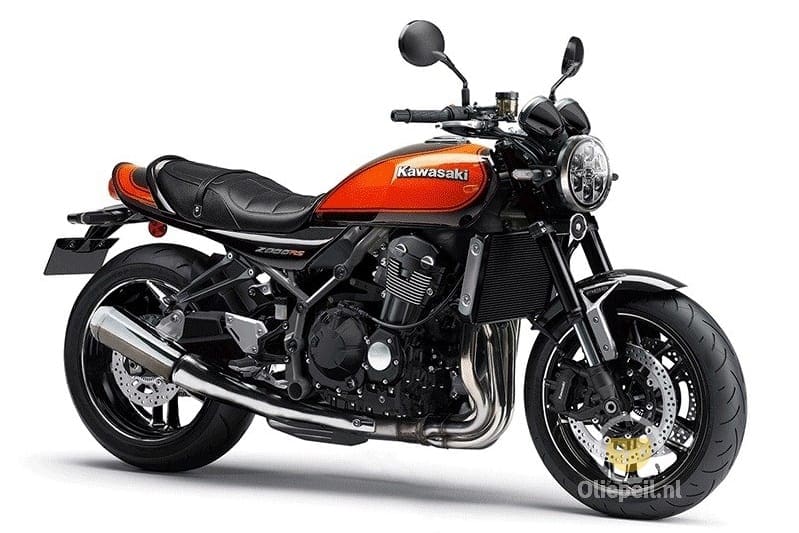 According to the brilliant Scoop-miesters at Dutch outlet Oliepeil, these are the official images of the 2018 Kawasaki Z900RS.

If it turns out to be the case that these images are the actual bike then we can now appreciate, in its final glory, the retro big naked that’s one of Kawasaki’s most important models of next year.

Note the LED headlight, the silvered/machined styling touches around the radiator and cylinder, the ‘lost’ upside down forks and radial calipers (nicely styled so that they don’t stand out from the rest of the bike) and the sublime seat styling.

Not a lot of pillion room though…

Expect the bike to be officially released by Kawasaki in November at the EICMA show in Italy and then unveiled to UK crowds at Motorcycle Live which runs from November 18 to 26.