KTM has unveiled its second generation FREERIDE E-XC at the Red Bull Hangar-7 in Salzburg, Austria. 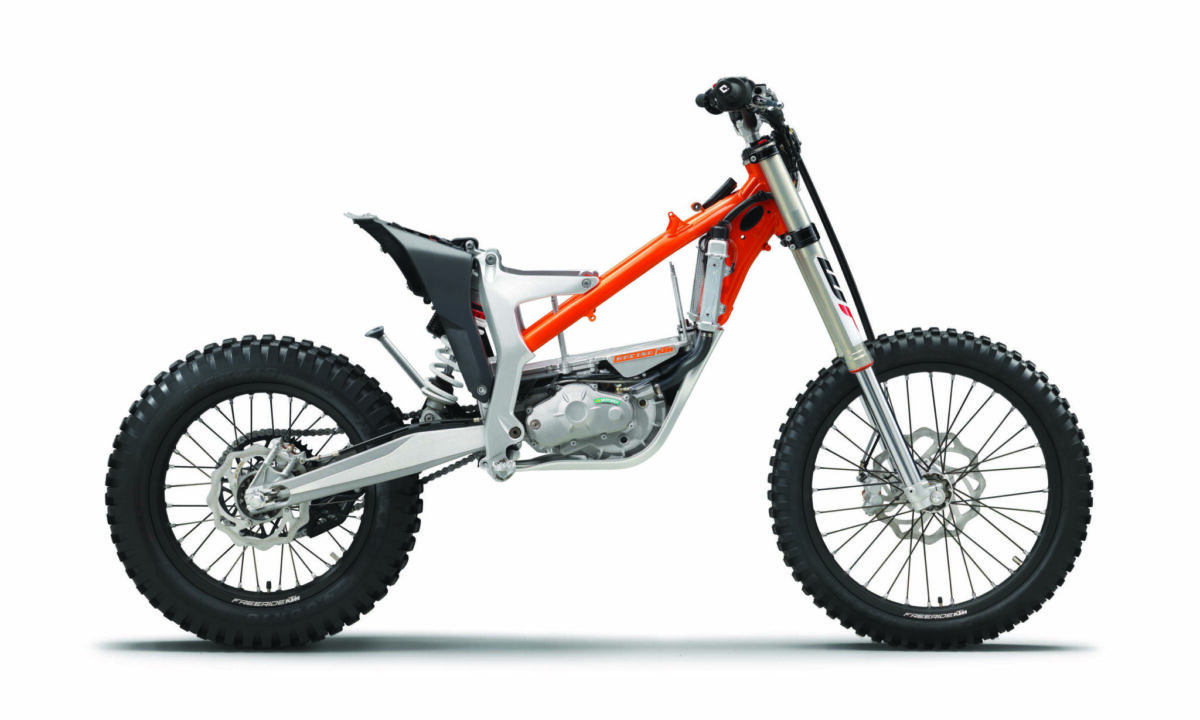 The 2018 FREERIDE E-XC’s frame uses a unique mixture of steel and aluminum bolted together and for the new year, the bodywork has been updated to match the rest of KTM’s current motorcycle line. 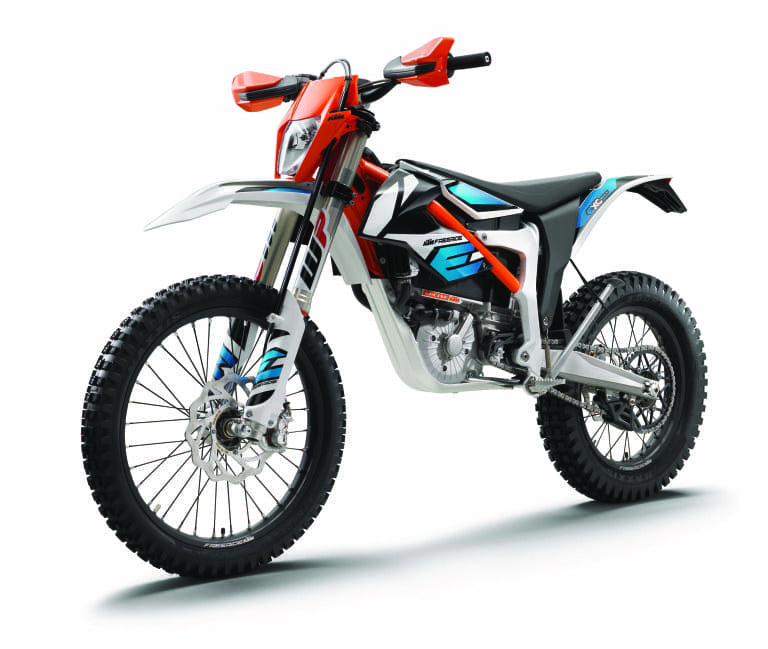 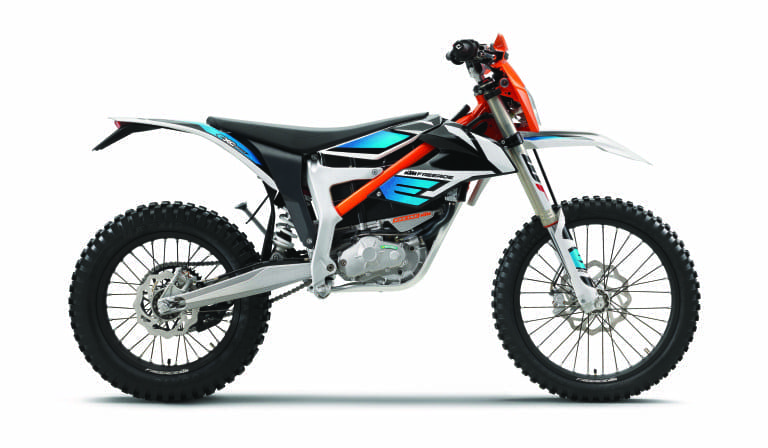 Riding-wise though, there’s plenty of interest for the keen off-roader with a new battery that provides fifty percent more capacity which means a range of around 90 minutes depending on riding style and terrain. You can also dial up what power output you want thanks to the ECU map selection feature.

Powered by a state-of-the-art electric motor with a peak of 18 kW the new KTM FREERIDE E-XC  battery has a quick charging time, while also providing 70% of its initial capacity after 700 charge cycles. 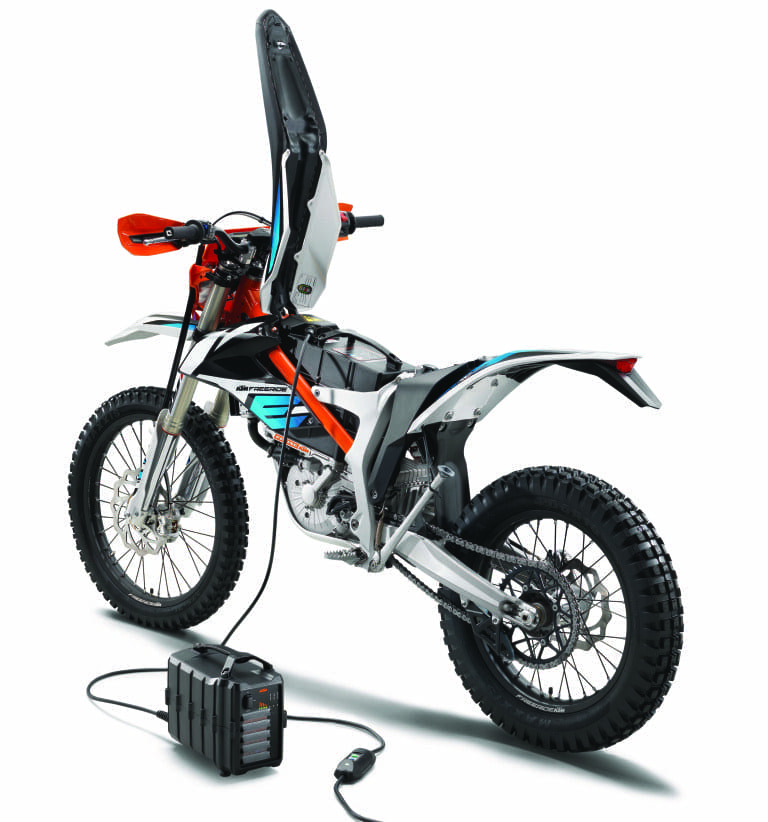 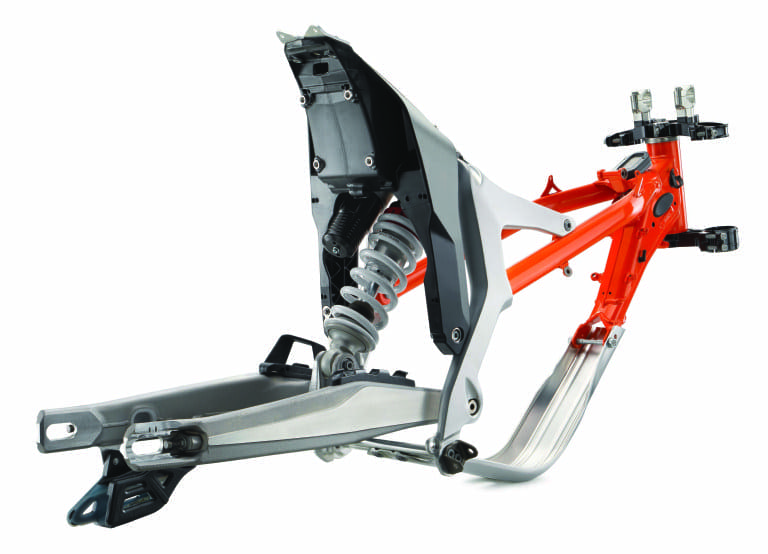 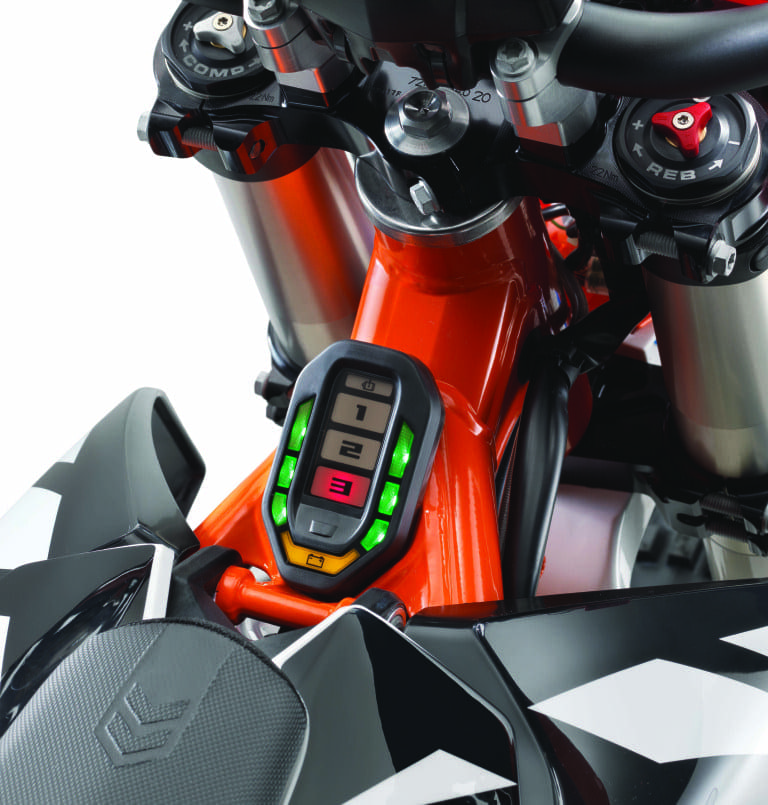 This feature helps increase battery life. Outwardly, the bike looks very similar to the rest of the new KTM range thanks largely to the firm’s WP suspension and revised bodywork.

Production begins in early January.
Teddy Blazusiak rode the bike at the launch and was clearly pumped for the new bike, he said: “It’s very different to ride. It’s still performing well, it’s still going fast, it still brakes like a dirt bike, it still rides hard, but you can’t hear it. It’s definitely a new era.
“This is the future,” he added: “It’s gonna come sooner or later and I’m excited to be part of it.”
The KTM Freeride E-XC is powered by 20kW electric motor which makes in the region of 25bhp and 30ft-lb of torque.
The Freeride E-XC has a removable lithium-ion 3.9 kWh battery that comes out of the top of the bike from under the seat. 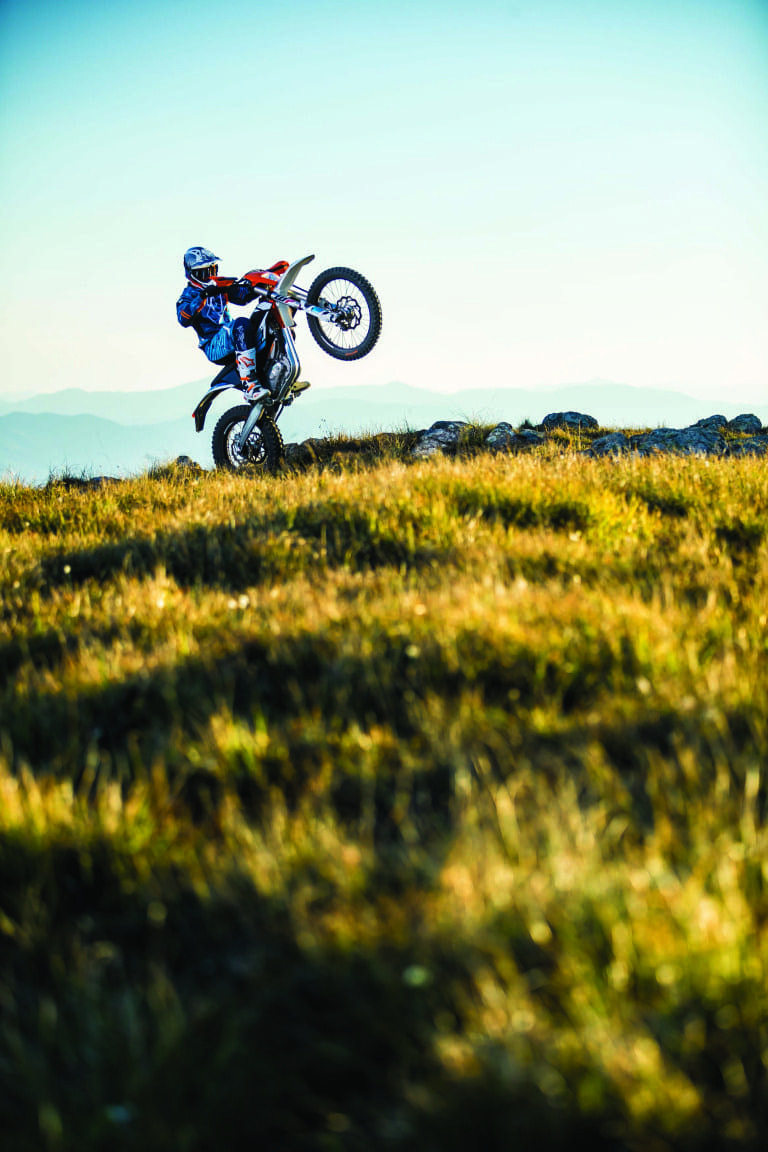