Russian defence giant Kalashnikov, manufacturer of the AK-47 assault rifle and other military and civilian weaponry, has just unveiled its new electric motorcycles at the 2017 International Military Technical Forum near Moscow.

The bikes are being built by Russian motorcycle manufacturer IZH, a subsidiary of Kalashnikov, and are available in road-going supermoto form for urban police forces, and as an off-road going dirt bike for the military. Kalashnikov announced that 50 of the police motorcycles will be used during the 2018 World Cup in Russia. The police model has a claimed range of 150km (93 miles) – but, little else is known about the technical specifications of the new electric bikes. 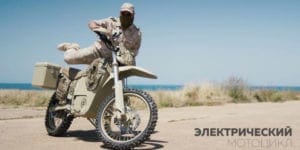 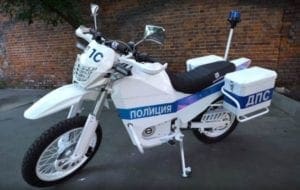 Early this year we also brought news that the United States military is also working to build an electric motorcycle. Its SilentHawk, based on the Alta Redshift MX electric dirt bike, weighs in at 350 pounds and has a range of 170 miles. Plus, the next prototype is set to include a detachable multi-fuel generator to allow troops to charge the bikes on longer missions using a variety of fuels. 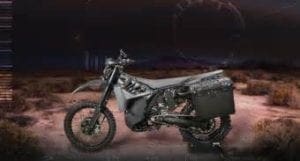 Electric dirt bikes clearly have a number of advantages for military application, including nearly-silent motors and exceptional fuel efficiency – but it’ll be interesting to see how the Russian and United States militaries further develop the exciting new technology and apply it in the real world