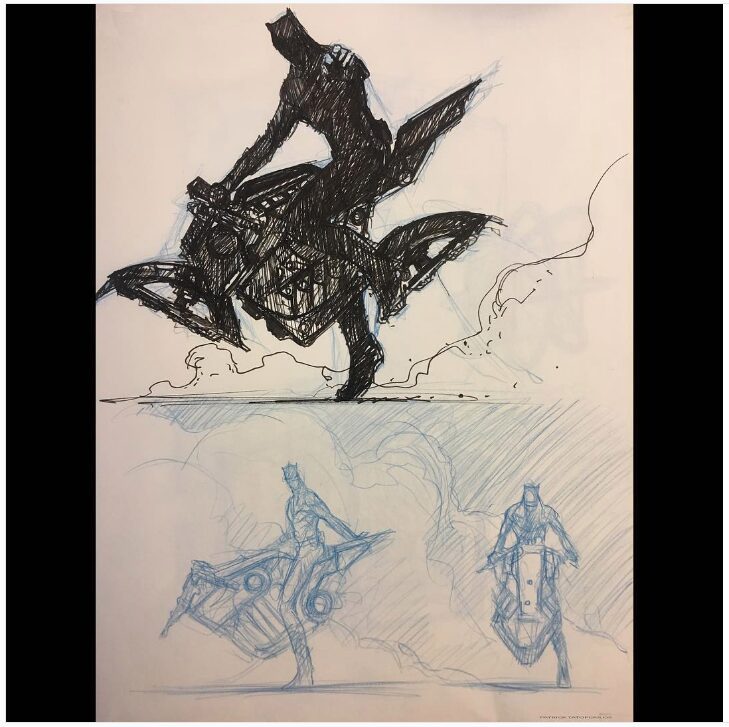 You’re probably aware that there’s a Justice League film out at the cinema now – and the reviews of the DC ‘event’ team up screen adventures of Superman, Batman, The Flash, Aquaman and Wonder Woman are mixed to say the least… but here’s something that caught our eye as interesting amid the $400m + mess and Henry Cavill’s ‘acting’ and moustache. 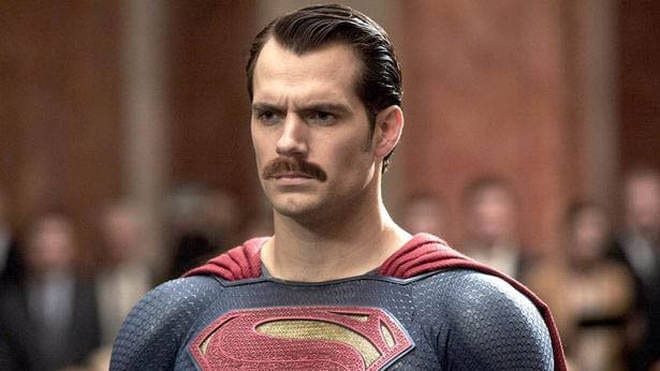 Batman was to have a flying motorcycle in the film (come on, it’s not that ridiculous, he’s a billionaire dressed as a bat, for a start – that’s probably more ridiculous…). The reveal has come via Patrick Tatopoulo who works as a concept artists for the DC Extended Universe. As you can see in the concept sketches (top), Batman’s bike started out as something like a modded GSX-R1000 with no wheels but ended up like a flying version of Judge Dredd’s bike from the Dredd film with Karl Urban. 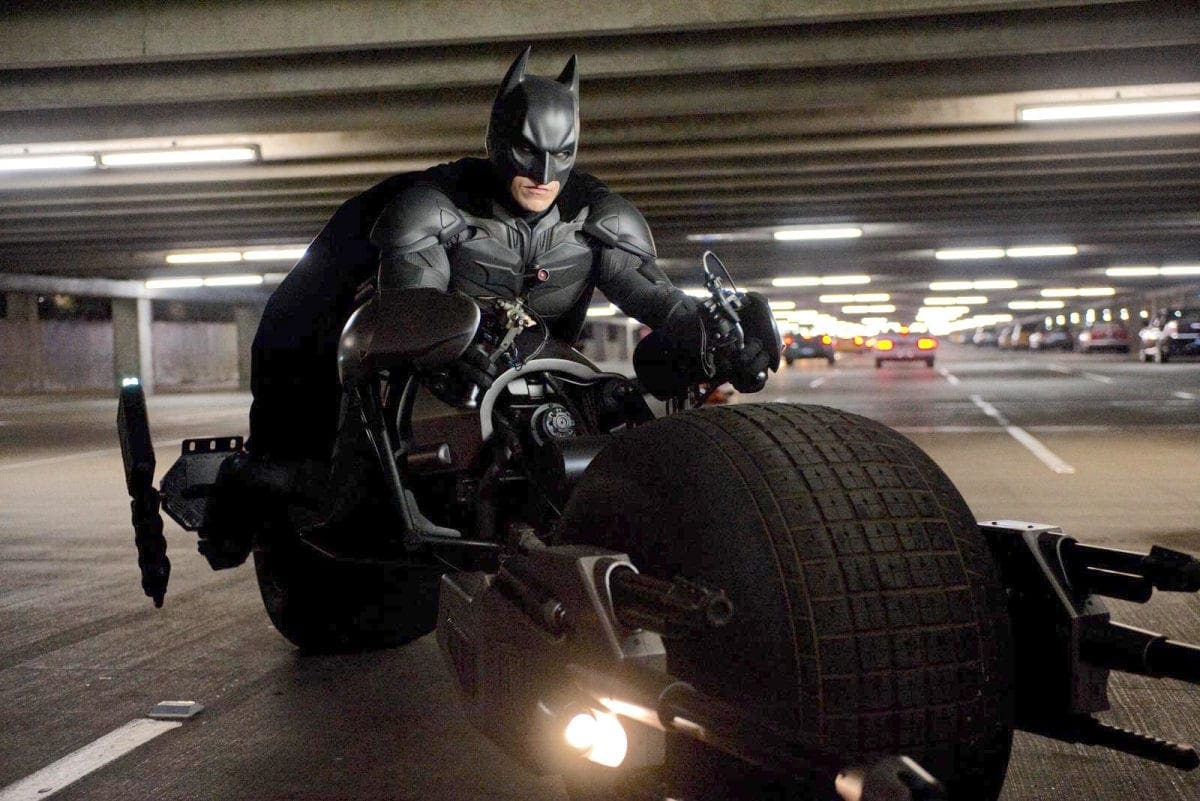 Batman’s flying bike didn’t happen for the film but it’s not the first time we’ve seen Bats having something motorcycle-y to get about on. In the film The Dark Knight and The Dark Knight Rises Batman (and, later, Catwoman) rode around on a GSX-R-powered Batpod motorcycle which was piloted in the movies by superb former trials champion and hugely experienced stuntman Jean-Pierre Goy.