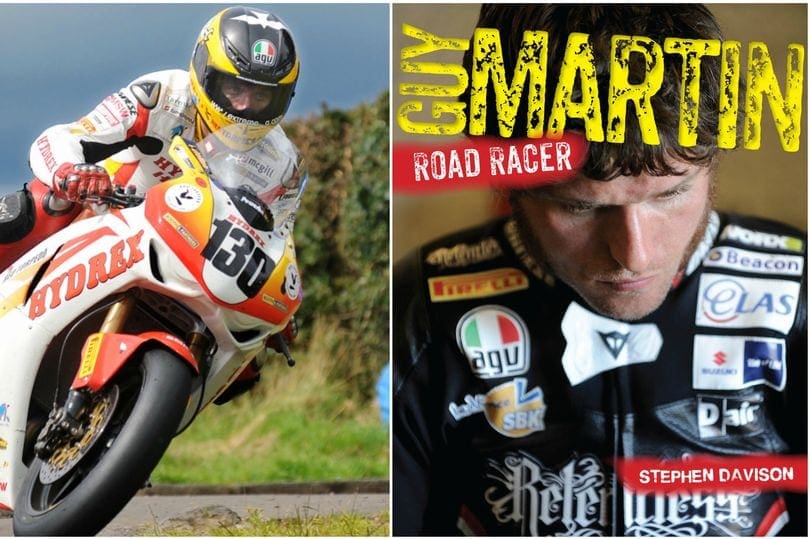 Stephen Davison the, quite frankly brilliant, Northern Ireland photographer and journalist who has photographed and written about motorcycle road racing for 30 years, has produced a new photobook on the career of Guy Martin. The book, called: Guy Martin: Road Racer is priced at £18.99 and is available in shops now and you can buy it at: www.blackstaffpress.com 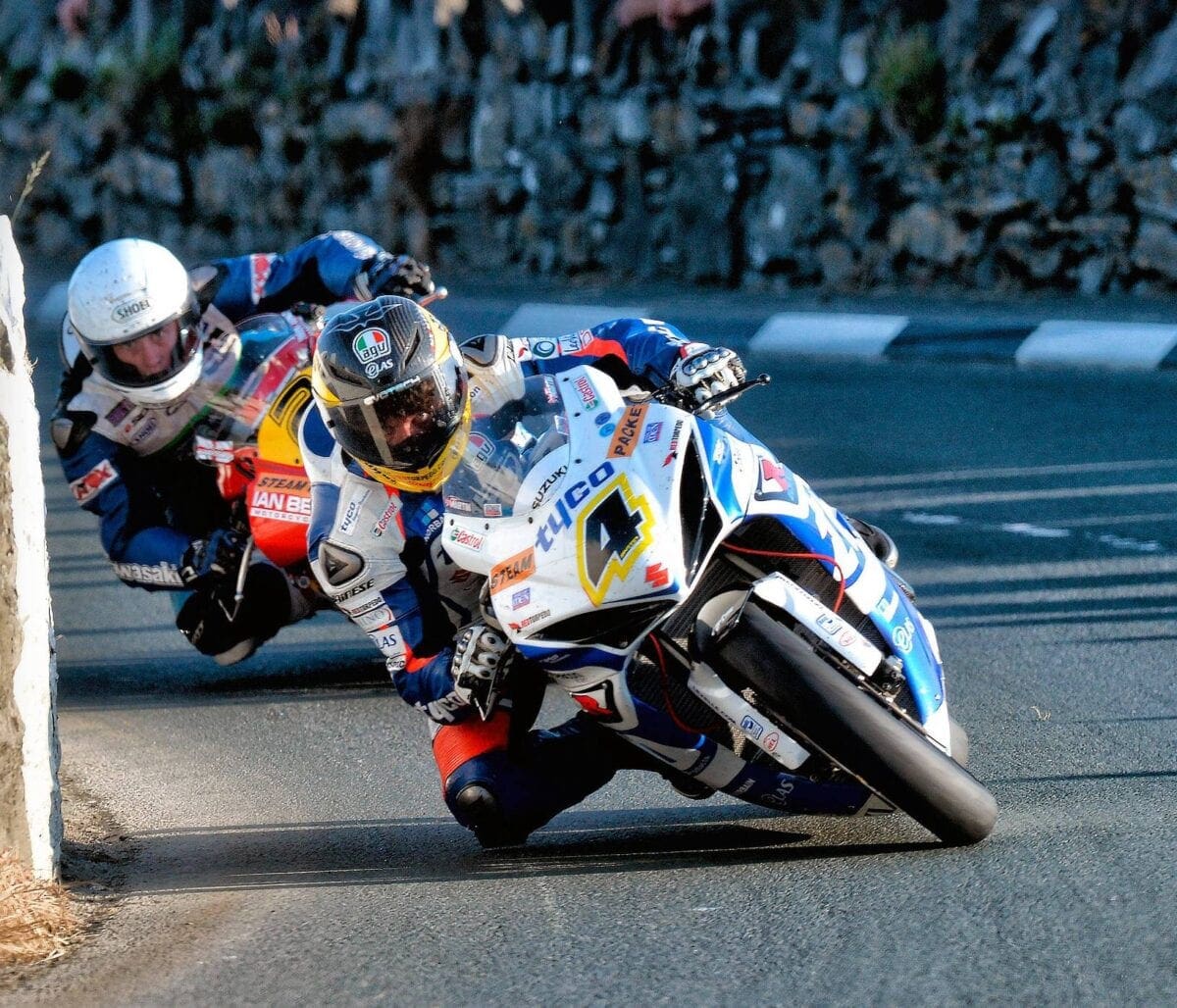 Speaking to the Belfast Telegraph this week, Stephen (below) shared some highlights: “Guy Martin first burst into the view of my lens on a sunny spring day in 2003. Racing in the beginner’s class at the Cookstown 100, it was the 21-year-old’s first race outing in Northern Ireland. He was leading by a country mile, enjoying an unassailable lead that perhaps a more experienced rider would have eased off to defend. But not Guy.

“Almost inevitably, he arrived far too fast at the bend where I was photographing. Using every inch of the tarmac, the brash young ace steered his Suzuki onto the footpath. I snapped away as his inelegant tangle of arms and legs bounced along the kerb and back onto the road, and he wheelied away to take the chequered flag.

“Guy had found his way to Ireland and onto the roads after being banned from British Championship racing when he slammed a laptop shut on the fingers of a race official. Lisburn businessman Sam Finlay gave him his first big break and by the end of the 2003 season, Guy was an Irish champion, albeit in the beginner’s class. But what made Guy really stand out for me and many Irish fans was his unique take on the world around him. 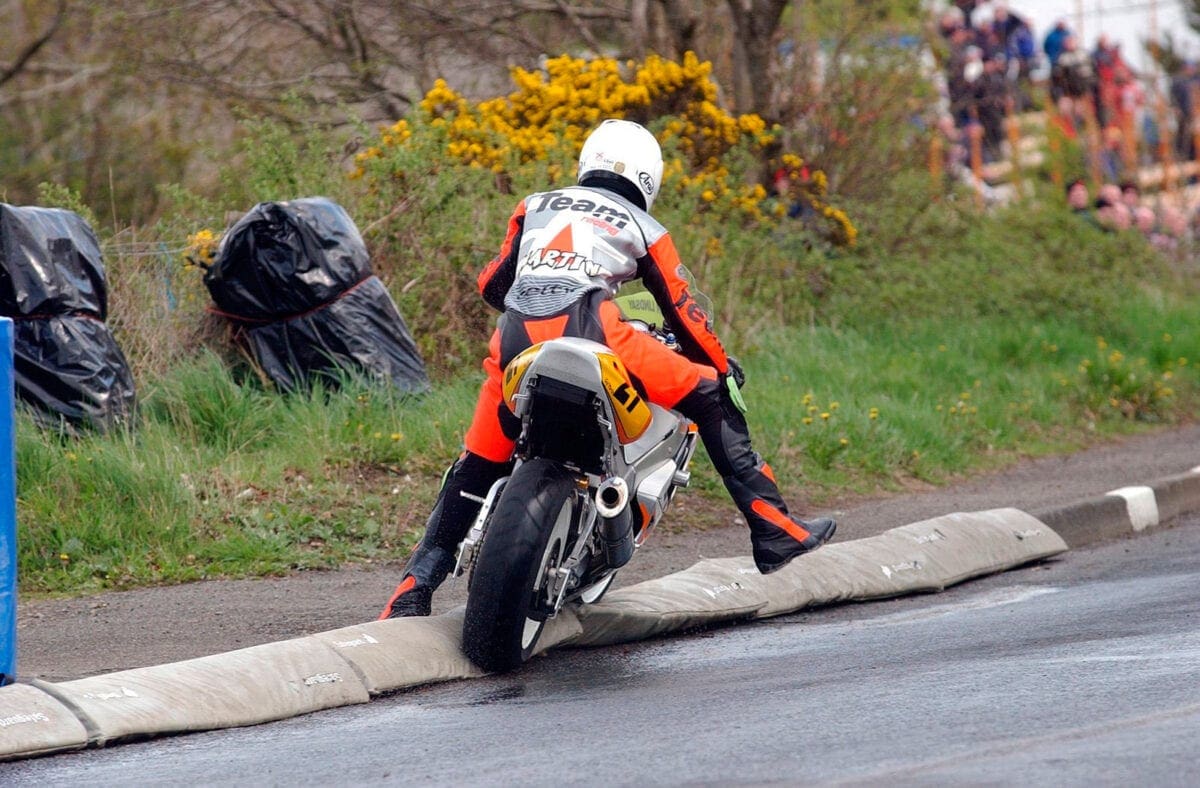 “Never reluctant to offer an opinion, Guy delivered his verdict on everything and anything in a colourful rat a tat machine gun paced patter. With his unique Lincolnshire sayings and quirky take on life, Guy stood out even in the midst of some of the biggest characters – Ryan Farquhar, Martin Finnegan, Adrian Archibald, Darran Lindsay and Richard Britton – Irish road racing has ever known.

“The brash kid put his motorbike where his mouth was, too. A young man in a big hurry, Guy raced at the front of the pack.

“His split from Finlay’s squad came after he ignored team orders to slow down and protect another massive lead at the 2003 Dundrod 150, reducing his furious boss to jumping up and down on the pit wall in frustration. 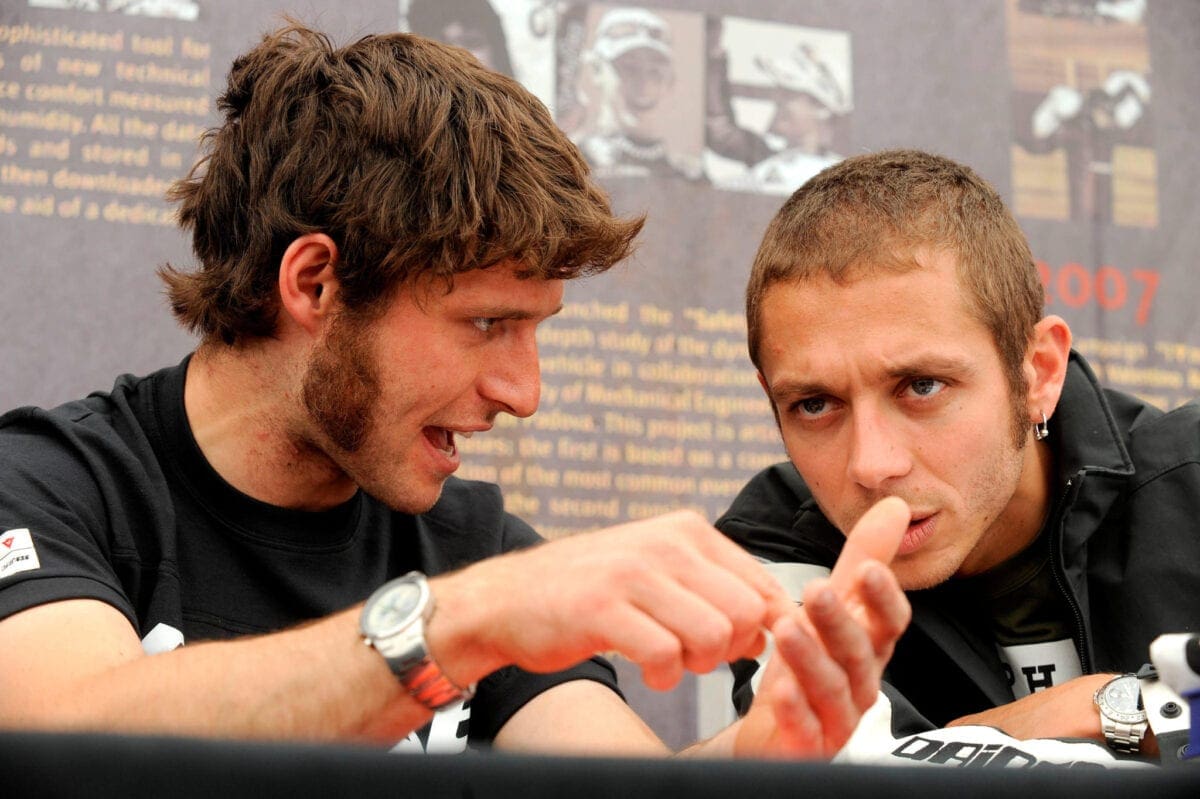 “During the week Guy lived in his race truck parked up in Robinson’s yard, servicing his sponsor’s fleet of lorries to make ends meet. On weekends he would do battle at Tandragee and Kells, Cookstown and Killalane as I photographed every move he made.

“When he set the fastest ever time by a newcomer at the 2004 Isle of Man TT, Guy became hot racing property. Factory-supported teams began to take an interest in the Lincolnshire youngster and after 2006 Ireland was no longer his base. I continued to follow him, though, to the TT, Scarborough, the Southern 100 and Macau. After a big crash at the 2008 North West 200, I photographed him giving his bruises a therapeutic dip in Peel Bay before the Isle of Man TT. ‘That’s proper hardcore,’ Guy laughed as I waded into the sea fully dressed to get the shot.

“These images are now cherished memories of what was a simpler and happy time, an era that disappeared when Finnegan, Lindsay and Britton lost their lives. Guy’s star continued to rise, his career taking off in a new direction following a starring role in the 2010 TT documentary film, Closer To The Edge. 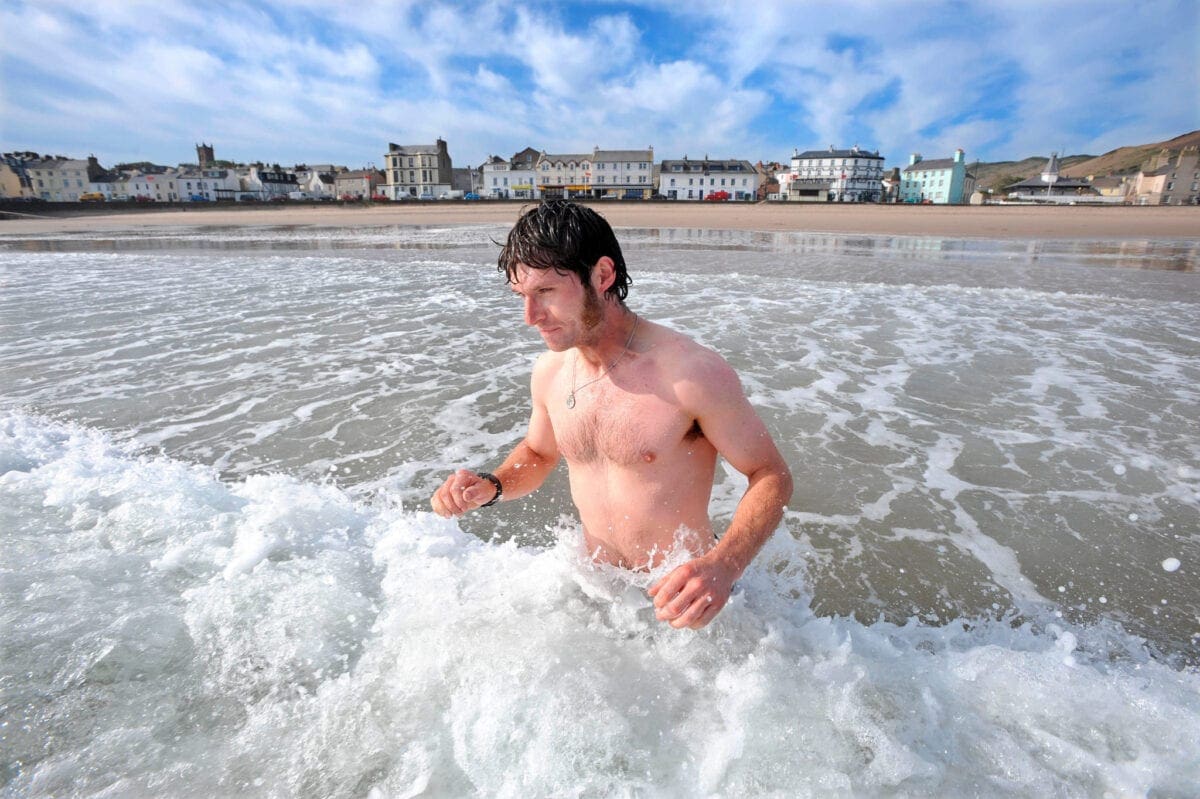 “The movie brought him to the attention of a new, non-racing audience, captivated as they watched Guy cheat death in a spectacular 150mph fireball smash. It also helped launch his now hugely successful television career in programmes like The Boat That Guy Built, Speed, and How Britain Worked, all with a common mechanical theme.

“I witnessed just how far Guy’s fame now stretches when I travelled with him and John McGuinness to Japan earlier this year. From the moment Guy stepped off the plane, he was recognised and mobbed for autographs and selfies on the streets of Tokyo.

“The easy access I once enjoyed has all but disappeared but I’ve still managed to wangle my way behind the scenes now and again with the camera. It was a real pleasure to shoot the Lincolnshire man working on his beloved Scania lorries last year.

“In spite of his fame and lucrative earnings, Guy still pedals his pushbike to Moody’s International in Grimsby several days a week where I found him covered in grease as he rebuilt an engine. Guy says the ‘truck job’ keeps him grounded. ‘I’ve always had a proper job, I don’t know anything else,’ he explained.”