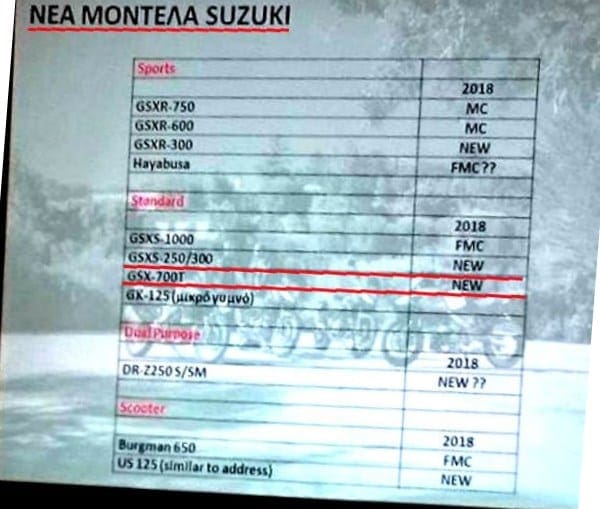 Here’s the official Suzuki document (according to the fellas at Bikeit.gr) that proves the impending arrival of the GSX-700T. You can read all about the GSX-700T in our earlier article HERE.

The Greek lads got their hands on this picture (which was also reported on top Dutch site Oliepeil) after a meeting between Suzuki and Greek dealers. 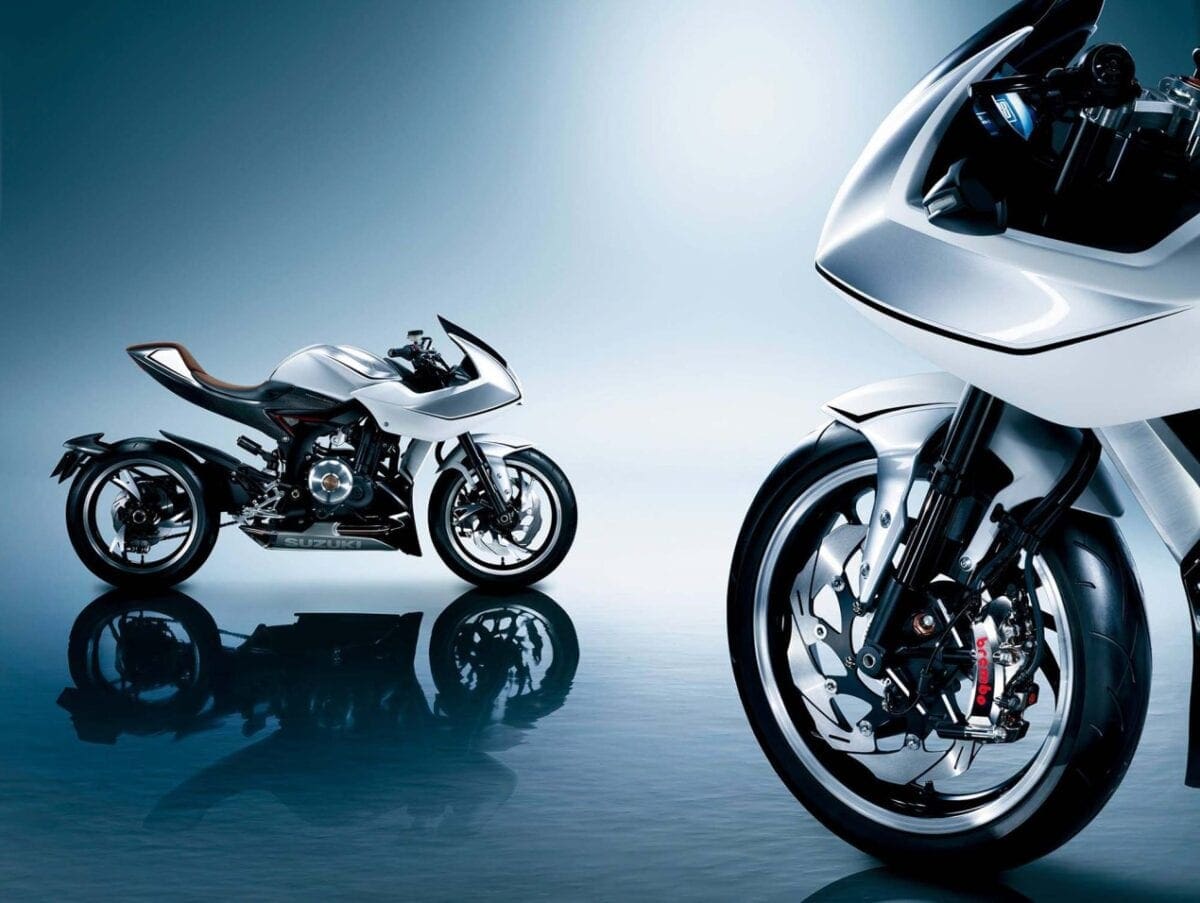 Interesting stuff. Also interesting to note; the GSX-R300, the new GSX-S250/300 and the possible return of the DR-Z250S/SM (Supermoto version) to the range.

And that’s still not all because next to the Hayabusa is ‘FMC’ pointing to the all-new, much rumoured supercharged big bike finally making an appearance next year.

It looks like Suzuki is going to get its mojo back into gear after what has been a lacklustre performance at the end-of-2017 motorcycle shows around the world. Yay.