Honda has announced that its official Team HRC will participate in both the JSB1000 class of the All Japan Road Race Championship 2018 and the next running of the Suzuka 8 hours. 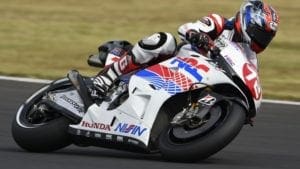 Riding a CBR1000RR will be Takhashi Takahashi , reigning Japanese national champion, who will try to retain his title after unseating Yamaha and Katsuyuki Nakasuga – but we’re still waiting for his teammate to be announced.

Katsuhide Moriyama, brand and communications director and corporate executive officer of Honda Motor Co. has stated that, “by pursuing the top as a factory team, Honda tries to evolve its pilots and team staff.” Honda wants to strive to meet everyone’s expectations. Motor sports fans, and want to give support to Honda racing teams. ”

President of Honda Racing Corporation, Yoshishige Nomura , went on to say: “Honda will compete as a factory team for the first time in ten years in the JSB1000 class of the All Japan Road Race Championship, the top of the racing in Japan with a more intense 2018 season with 13 races in nine rounds. And in the 8 hours of Suzuka, an extremely challenging race, Team HRC will face the challenge by working together to seek victory and we are looking forward to the support of our racing fans.”