The government of Saudi Arabia has announced that women will be able to ride motorcycles from June 2018, after the Law that prohibited them from driving without being accompanied by a man has been repealed. 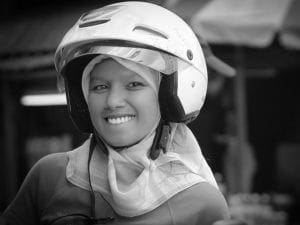 The Law has prevented women driving vehicles for decades, making the new decree hugely momentous for Saudi women. At first it was stated that women could drive cars without the presence of an adult man next door, but now they can also ride two-wheeled vehicles as long as they are 18 years old.

Similarly, those women who have international driving licenses can now also do it in Arabia without having to go through any driving school. And, the Government has sent assurances that no type of discrimination or harassment against female drivers will be tolerated.