It’s being shown at the CES Tech Show in Las Vegas right now and the CrossHelmet is gaining momentum among those eager for a true ‘Smart Helmet’.

Designed by motorcycle enthusiast and Borderless Founder Arata Oono, the CrossHelmet is a clever lid that is jammed full of high-tech.

The inspiration for the CrossHelmet came from: “The discomfort of wearing a full-face helmet and the lack of major progress [combining IoT technology with motorcycles] in the industry,” said Borderless industrial designer Kevin Tseng in an interview.

The helmet boasts several features in the smart helmet category. The CrossHelmet offers a bifocal heads-up display that shows the rider the view behind them from a rear-facing camera. The CrossHelmet’s display is positioned at the top center of the helmet’s wide-view visor, making it similar in look and feel to a car’s rear-view mirror.

“We think we’re leading the industry in this aspect,” said Tseng, who noted that other companies only offer 360-degree views via add-on cameras that riders have to attach to their helmets. Not only does the CrossHelmet display give riders better awareness of the road,  it also shows riders the weather, navigation, and phone service. The helmet’s navigation works with GPS in the rider’s smartphone.

One of the helmet’s new features is its CrossSound Control system. The helmet’s noise control system lets riders adjust and filter out noise by frequency using the helmet’s corresponding app. The feature is designed to reduce wind noise and engine sounds, which create fatigue and cause permanent hearing damage over extended periods of time. CrossSound Control lets riders manage the surrounding sound and enhance ambient sound in quiet environments.

The smart helmet also features group talk capabilities, allowing riders on tour to stay in touch and share their location with other riders as they travel.

The CrossHelmet first drew spotlight attention with its September 2017 Kickstarter campaign, which raised more than 200 percent of its original $100,000 fundraising goal.

Borderless made its original U.S. debut at SWSW 2017, where it showcased prototypes of the CrossHelmet with the public. “That was more than half a year ago, so we’re pretty excited to see how users react now to the progress we’ve made,” said Tseng. Borderless has brought updated working prototypes of the CrossHelmet to CES and the company plans to demo the CrossSound Control audio and set up a simulation of being on the road as well.

And it looks like StreetHawk’s helmet (below). So that’s a big win in our book, too. 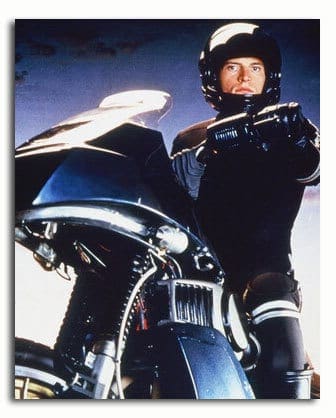 For more information on the CrossHelmet, including a simulation of the Heads-up display, visit:https://crosshelmet.com/