Constructed from an asymmetric frame, and articulated in its centre, the Ujet can be folded easily. In short, you can take it anywhere. Just fold it up and wheel it around – like a suitcase. And it’s light too, constructed from carbon fibre and light alloy parts. 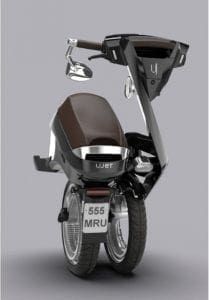 An electric motor at the rear wheels delivers 4kW of power, offering a claimed 90Nm of torque to play with. Interestingly though, its wheels do not rotate on conventional shafts and bearings, but on external bushings instead – with perimeter disc brakes with an internal caliper on hand for braking. 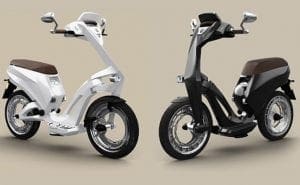 In addition to all these mechanical innovations, the Ujet will come equipped with the latest communications technology and electronic – with connectivity options for 3G, GPS , WiFi and Bluetooth. That means that the digital instrument panel can be connected to a mobile device to configure the scooter or diagnose a problem. Plus, it comes with built-in speakers, and can be used to power mobile devices (via its Powerbank mode).

Ujet only started manufacturing units at the end of 2017 – but they’re all set to begin sales in Europe, before eventually branching out to Asia and the United States. Admittedly they aren’t cheap though. You’re talking around £7000 for the standard model, which offers around 70km of range, or close to £8000 for a machine that’s capable of tackling 150km off a single charge. 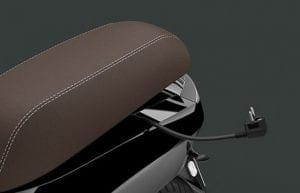