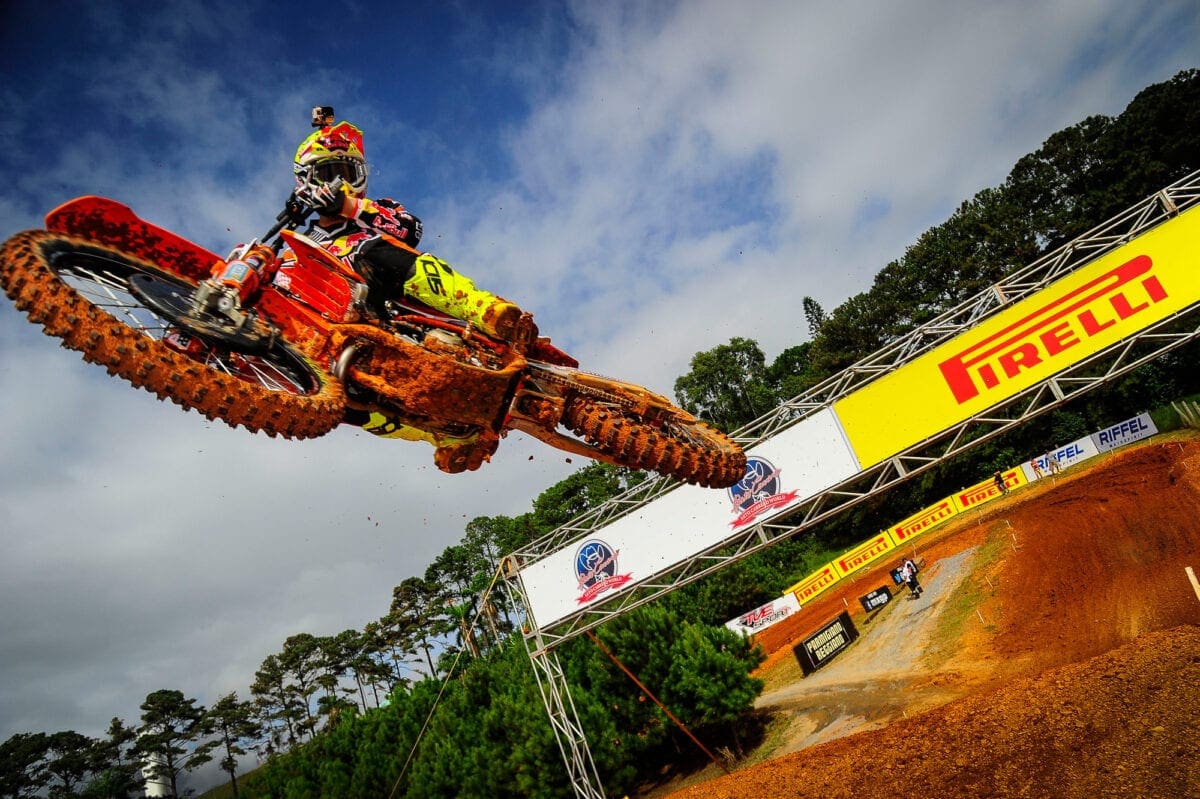 Antonio Cairoli on the Pirelli-shod KTM

The Pirelli SCORPION™ MX tyre continued its dominance of the FIM Motocross World Championship by owning the third round of eighteen played out on a tricky terrain and in difficult conditions. The red Brazilian dirt, located next to the biggest theme park in South America, shifted in nature throughout raceday from slick hard-pack to rough and tacky bumps due to afternoon rainfall. The evolving surface and its traps were not a big problem for the Pirelli riders equipped with the SCORPION™ MX MidSoft 32F front and MidSoft 32 rear for optimum traction and driveability; only Tim Gajser and Tony Cairoli were the exceptions to this selection in the second motos of MX2 and MXGP as they both opted for the SCORPION™ MX MidSoft 32 Mud as the heavens briefly opened.

The Sicilian KTM rider unveiled another of his masterpieces winning both motos at a canter despite suffering with a bruised ankle. With his 65th career victory he classified ahead of other Pirelli runners Clement Desalle and Jeremy Van Horebeek on the podium and whom both hold fourth and third positions in the championship standings.

Defending MX2 World Champion Jeffrey Herlings was missing in Brazil after sustaining a shoulder injury in practice for the second round of the Dutch Championship last weekend. Therefore the MX2 class fell into the clutches of Swiss Kawasaki CLS rider Arnaud Tonus for the very first time. Thanks to his success Tonus has also leapt to the top of the MX2 points table and now holds the red plate. In second position overall was Dutchman Glenn Coldenhoff, who retains second place in the standings in front of fellow Pirelli racers Dylan Ferrandis and then Jeffrey Herlings. Solvenian Gajser was fifth overall just behind Ferrandis at Beto Carrero. The second Grand Prix to take place in Brazil this season will occur in Goiania on 7th September. Round four of MXGP will take place on April 13th at Arco di Trento in Italy. 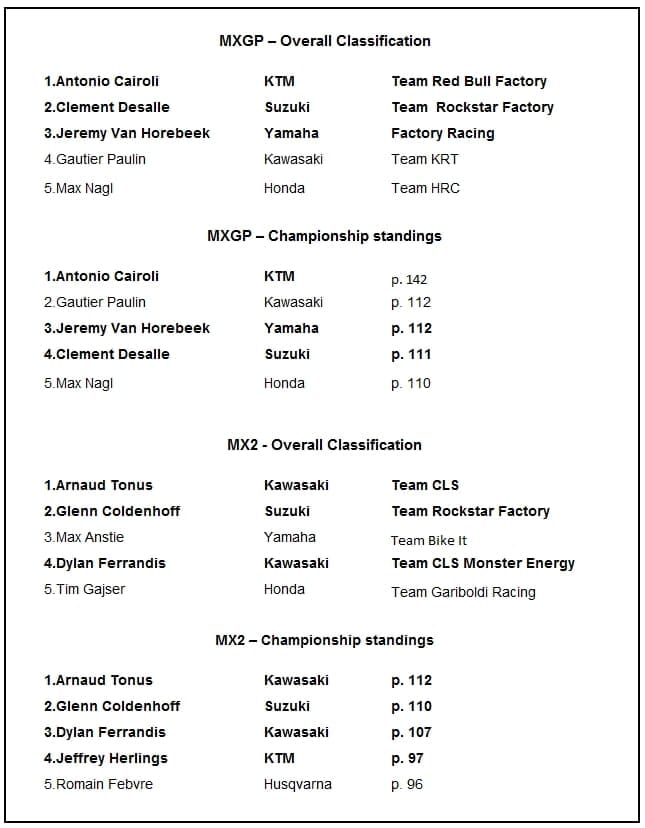