Could this be the most expensive unrestored British motorcycle ever sold? 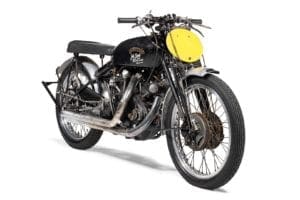 First shown at London’s 1948 Earls Court show, the production Black Lightning caused a sensation despite its hefty £400 price tag and £108 purchase tax. Today, the Black Lightning is one of the most coveted production motorcycle ever built. It is believed that only 19 matching-numbers Lightning’s still exist, making the cosmetically unrestored example, with its glorious racing history, a rare slice of motorcycling history – and it could be yours. 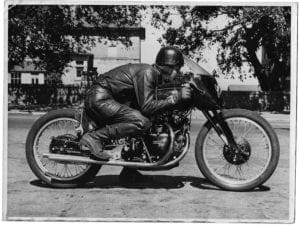 At present, the most expensive unrestored British motorcycle is a 1931 Brough Superior BS4, which was sold last year by Bonhams for £331,900. The last Black Lightning to go under the hammer went for $293,423 (£185,066) back in 2008. Is the Black Lightning worth more? Probably not; but there’s no telling what a Vincent collector would pay to get their hands on this inimitable piece of motorcycling history.