Which motorcycle legend would you like to enter Motor Sport Hall of Fame in 2018?

Twelve of the greatest names in motorcycle history have been shortlisted for the Motor Sport Hall of Fame Awards in 2018 – and you’ve got until April to cast your vote! 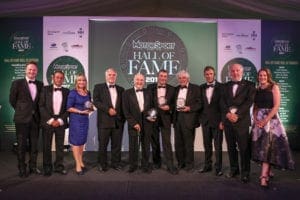 •             Mike Hailwood MBE: few could forget the victorious late-1970s TT return of ‘Mike the Bike’, a fabulous encore for a peerless career that resulted in 14 Isle of Man wins and nine Grand Prix world championships.

•             Geoff Duke OBE: the Isle of Man legend was a household name in the 1950s, winning three world titles for Norton before repeating that success with Gilera.

•             Soichiro Honda: as founder and president of the eponymous marque, Honda had a seismic impact on the world of motorcycling.

The prestigious event takes place on 4 June 2018 at the Royal Automobile Club’s Woodcote Park in Surrey, and it’s down to motorcycle fans to vote who will be the next to join legends such as the late great John Surtees, Giacomo Agostini, John McGuinness, Valentino Rossi and its latest inductee Barry Sheene. 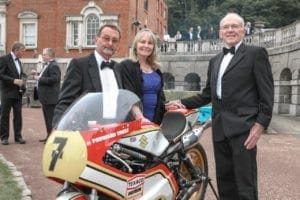 All voters will be entered into a special prize draw to win a package for two to the Le Mans Classic 2018, courtesy of Grandstand Motor Sports. Not only that, the lucky winner will also receive a beautiful Christopher Ward C7 Rapide Chronograph COSC Limited Edition watch, courtesy of Hall of Fame timing partner Christopher Ward.

For more information and to cast your vote, visit: www.motorsportmagazine.com/hall-of-fame/hall-fame-2018-nominees-announced