COMING FOR 2019: BMW’s 2019 F850GS ADVENTURE. Caught out in action during SECRET endurance tests.

Ahead of the big motorcycle shows kicking off in a month or so – we’re going to be reminding you of all the NEW bikes we’re expecting to be unveiled ready for 2019. Next month the action kicks off with INTERMOT in Cologne, followed a few weeks later by EICMA in Milan – and we can’t wait to see all the bikes we’ve been telling you about for the last 12 months in the flesh. 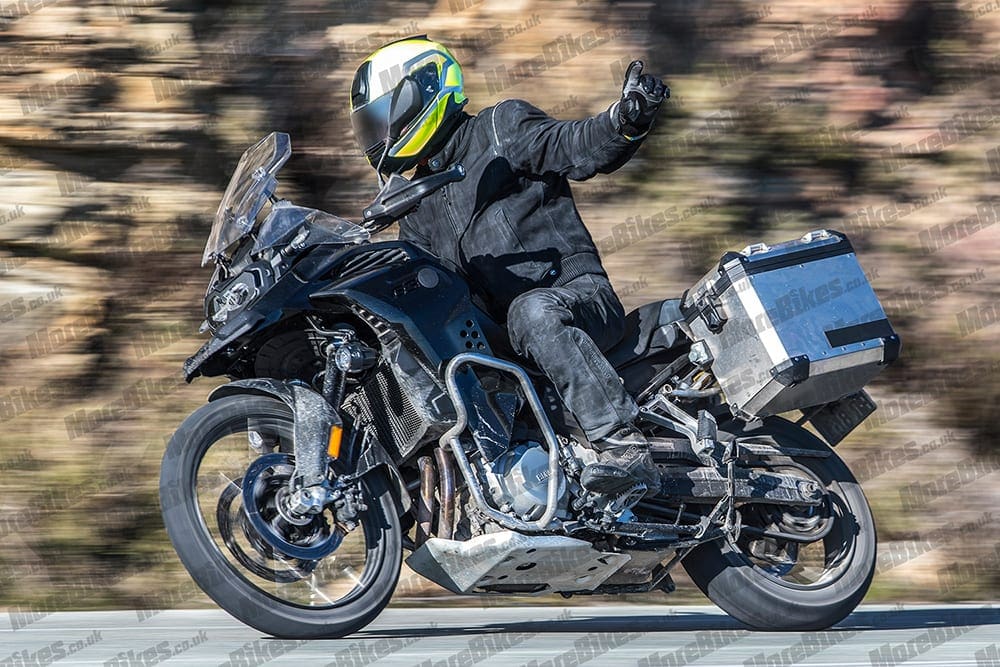 One of the bikes we’re most excited by is BMW’s new F850GS Adventure which we told you about in February. And here are the first few images of the 2018 BMW F850GS Adventure snapped by our spy photographer as the bike undergoes final, rigorous testing with the BMW test team abroad.

From the front of the finished Adventure as we have it here, you can see the extra shoulder-style fairing wings and taller screen to keep the worst of the weather and wind off the rider. 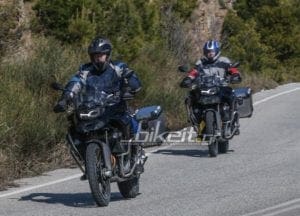 The bike on test also has the Adventure’s fog lights fitted as standard, is has huge engine protection bars on the side of the engine and cool, cooling holes in the side of the bike’s fairing sited just in front of the rider’s knee. 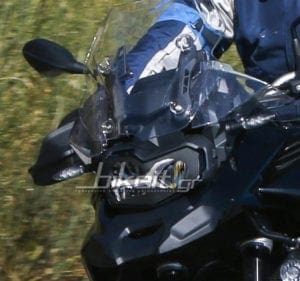 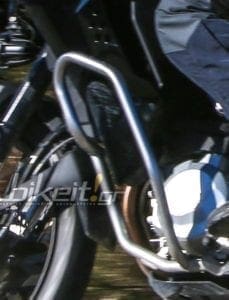 We can’t fully see the exhaust from our pictures but the downpipes from the engine are blued suggesting that the test bike has a higher-level, competition-type exhaust fitted that’s different to the stock F850GS unit.

Although there is no top-box fitted to the BMW prototype, the bike pictures does get Touratech-style metal panniers and a large extended panel off the bottom of the raised-away-from-the-wheel front mudguard. Withe the extra weight of the panniers on the bike, and the need to still be able to carry a pillion, it’s entirely likely that the Adventure’s subframe has been strengthened to take the extra luggage load. 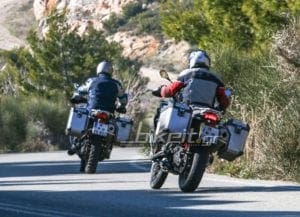 Underneath, the stock GS looks to have been properly beefed up with a meaty sump guard sitting on strengthened frame rails. 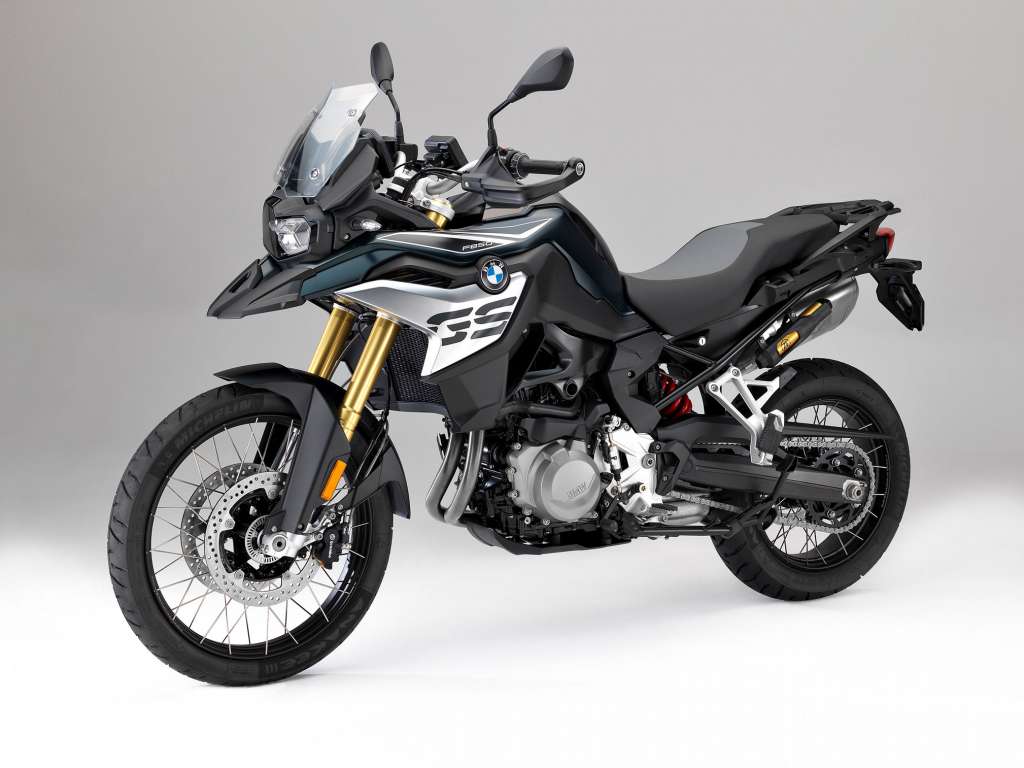 The stock F850GS (pictured above) tips the scales at 229kg wet so it’s a safe bet to assume that the Adventure, with all the extras slabbed onto the bike, is going to weigh a fair bit more.

Our first look picture of the finished bike was taken in Greece where it’s legal to ride off-road virtually throughout the country. As the bike pictured is fully dressed for some serious off-roading our man with the camera says that the test-team made a specific trip to Greece especially for endurance testing.

The route that the five prototype bikes were riding did confirm that the bikes were undergoing prolonged endurance testing, indicating that the motorcycle will soon be released to go on sale alongside the German firm’s 2018 F750GS (£7950) and F850GS (F850GS).

Thanks to Takis Maniatis and BIKEIT! for the new images. To check out the full selection, click HERE.