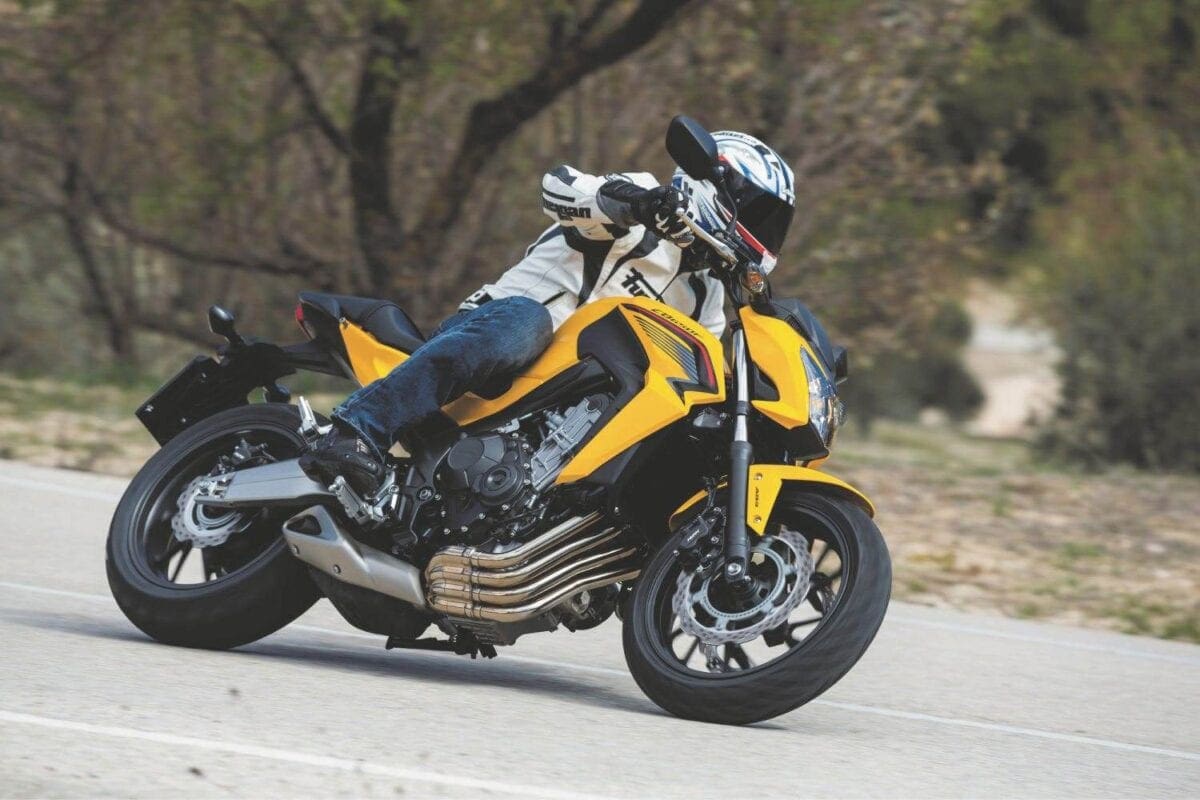 Honda says this bike’s aimed at the ‘young at heart’. Focussing on 17-30 year old rider, the Japanese manufacturer claims the strong focus on youth makes good sense from a commercial perspective, and we’re certainly not going to argue – getting the younger market back onto bikes is vitally important in the UK… 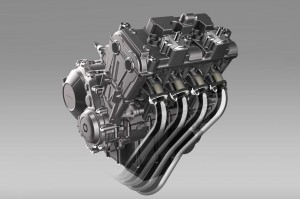 The all-new lump has been designed to deliver high torque and throttle response through the low to mid-range, and the 86bhp it produces at 11,000rpm is offered with little of the rev-happy peakiness of some inline-fours.

Honda’s engineers worked hard on the cam profiling and timing to optimise the low-down oomph, with a particular focus on drivability in second and third gear. The top-end stuff was seen as secondary to the commonly utilised low rev-range where most people ride.

The bike’s gear ratios are so broad that you seldom find yourself having to notch up or down the box. Not that I had any qualms with the way the gearbox shifts: It’s a very ‘Honda’ experience, with no questionable moments to report. 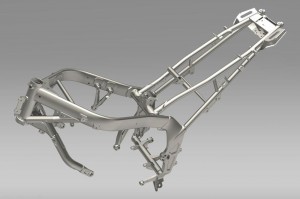 It’s full of clever touches to bolster the big bike experience, including a 180-profile rear tyre, a chunky die-cast aluminium swinging arm, and substantial shoulders on the fuel tank (compliments of the induction system). There’s plenty of detail too, with the CB650F logo embossed into the plastic in many areas, even under the rear hugger – just in case you felt inclined to look. And then there’s a whole load of carbon-look panels too.

Unlike the CB600 of old, with its hidden backbone-type frame, the new steel chassis is a core feature of the product. Its oval profile – preferred to a cylindrical shape because it’s narrower – is blatant to see and tidily welded to the steel heel plates below it. 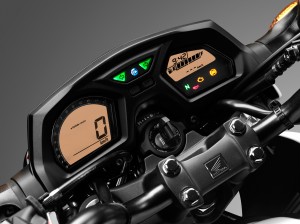 The cockpit’s twin clocks were apparently influenced by the CB’s of old, but what would have traditionally been analogue is now digital on both display faces: the layout is clean and simple, helped by the lack of rider aids to fiddle with.

The suspension is simple too… Fitted with non-adjustable units up front, the rear shock can be altered for preload only. They’re basic components by many standards, but they work a treat.

The all-new CB650F neatly slots into the brand’s vibrant CB range, welcoming riders who’re keen to progress up the capacity ladder – it could easily be considered a first ‘big bike’. The focus of the build was image: “A bike that looked cool and made you look cool”, was the way Honda product planning’s Glen Corbett put it. 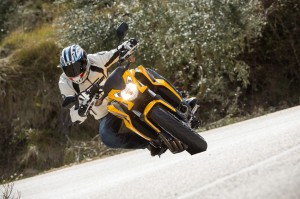 To help achieve the right appearance, the core of the designers and engineers on the project were hand-picked for their youth (most are in their 20s) with the challenge of building a bike that appealed to them. It worked: The bike looks great in the flesh and a lot meatier than you’d expect.

The Honda proved a very spacious bike: I’m 5’ 9” and my legs had plenty of room, while the stretch to the bars was a comfortable one. The CB’s fitted with an 810mm high seat, which made it easy for me to get both feet planted firmly on the ground.

There’s been a notable surge recently in bikes of a similar capacity, with a similar target audience, and most of those machines have let themselves down by featuring soft and inadequate suspension. That’s certainly not the case with the CB650F, which feels a little firm if anything. The route on which we tested the bike had a bit of everything, and there was no moment when I felt the bike was compromised in any way. It’s easy to hustle around and superbly stable, the chassis offering plenty of feedback, and inspiring the confidence to really push the bike. 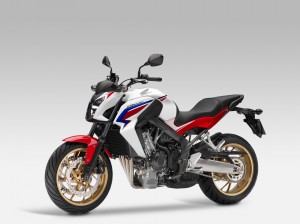 I rode the first 40 miles of our mountainous route in third, and was pleasantly surprised at the versatility and usability of the motor’s torque. It’s half decent around 2-4000rpm, though the throttle can feel a little snatchy. The later revs are where you really want to be though: After 5000rpm, the engine comes alive, and the scream from the low-mounted, stubby exhaust reinforces it.

One thing worth noting is how buzzy the ride is. It naturally gets worse with revs, but I was surprised by the tingly sensation that hits you through the seat, bars and pegs. Some would argue it’s character, and I didn’t mind it, but my feet were tingling come the end of the day. That said, it’s a very small price to pay for what is otherwise a very credible new bike. Considering it’s set to cost £6399, including ABS as standard, I’d say it’s something of a bargain.

If you’re used to owning bigger bikes, it’s could come across as a little lethargic, but if you like to cram a lot of energy into your riding, it’s a playmate that will be happy to spar with you all day long, and for a novice or young rider, it will be a fantastic companion.

Will YOU be buying the new CB650F? Let us know below…