Harley-Davidson has announced that it is just 18 months away from releasing its first production electric motorcycle. 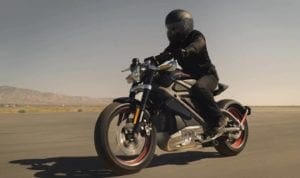 Harley-Davidson revealed its first electric motorcycle back in 2014, with its popular LiveWire concept – which pumped out 74bhp and 56 lb-ft of torque, offered a zero-to-60 time of around 4 seconds, and a range of 50 miles.

Since then, the electric market has blown up – and as a consequence technology has progressed too – with range ever increasing, and charging time slowly decreasing. In short, it’s a competitive out there, with brands like Energica and Zero cementing themselves in the electric motorcycle marketplace – so H-D really needs to step it up for its new electric project.

Matt Levatich, Harley-Davidson’s president and CEO told the Milwaukee Business Journal: “The EV motorcycle market is in its infancy today, but we believe premium Harley-Davidson electric motorcycles will help drive excitement and participation in the sport globally. As we expand our EV capabilities and commitment, we get even more excited about the role electric motorcycles will play in growing our business.” 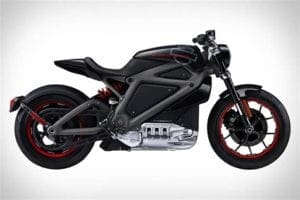 While it may seem strange for H-D to be moving towards an electric future – in many ways it makes complete sense. Harley-Davidson’s sales are in decline, as its traditional core-customer base continue to grow older, while younger riders, limited in their numbers in the first instance, aren’t as enamoured with the H-D image. Harley is looking to the future. And, while companies like Energica and Zero have continued to make excellent progress with its electric bikes in recent years, they simply don’t have the same resources as H-D, which can utilise its huge manufacturing and marketing departments to make the new electric Harley the motorcycle of choice for a new generation of riders.