In an interview with Esquire Middle East, British cycling legend and Manxman Mark Cavendish said that he’d love to race bikes (with engines, not pedals). 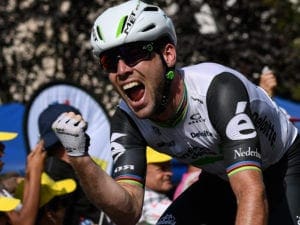 It’s well reported that Cavendish is a big fan of motorsports, and as a close friend of British MotoGP rider Cal Crutchlow he’s well aware of what it takes at the highest level of motorcycle racing.

When asked how he feels about four-wheels, he said, “I prefer motorbikes more, I would like to race them instead.” Cavendish told the magazine that he owns a couple of bikes – with engines – and when asked if he’ll make the move to motorcycles, he said: “In all seriousness, I think so.”