A Conservative councillor has asked the Essex Police, Fire and Crime Commissioner whether he’s considered using ‘bump tactics’ to get motorcyclists off their bikes if they are riding in a dangerous manner. 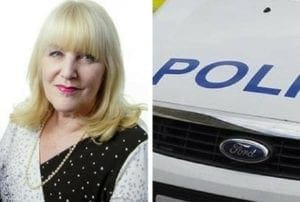 Discussing an ongoing issue in Thurrock, Essex – where some motorcyclists have been riding around late at night – Sue Little, Conservative councillor for South Basildon and East Thurrock, presented the question to Essex Police, Fire and Crime Commissioner Roger Hirst in a council meeting.

Little referenced the Metropolitan Police as an example of a force which uses the “bump tactic” – however, the Met has since confirmed that they do not use this tactic. Mrs Little said: “It’s about the motorbikes in our borough which are an absolute pain. I was reading that the Met have a more effective way of dealing with these rascals and that is a bump tactic, and this is where a police car will go along and they will bump them off. If they can do it in the Met then why can’t they do it in Essex?”

Roger Hirst then replied: “I would just say that I am never going to be in favour of a tactic which is disproportionate to the crime. If we do something that might endanger life, then I would be very hesitant about it.”

He then referred the question over to his colleague, Chief Superintendent Andy Mariner, who agreed that this tactic sounded too dangerous. Chief Supt Mariner said: “I think we do need have to do things based on harm and risk and there can be a considerable amount of risk in bumping motorbikes. The stinger is a very good tool that will work.”

Here’s a couple of stories from last year, about the use of stingers on motorcyclists…