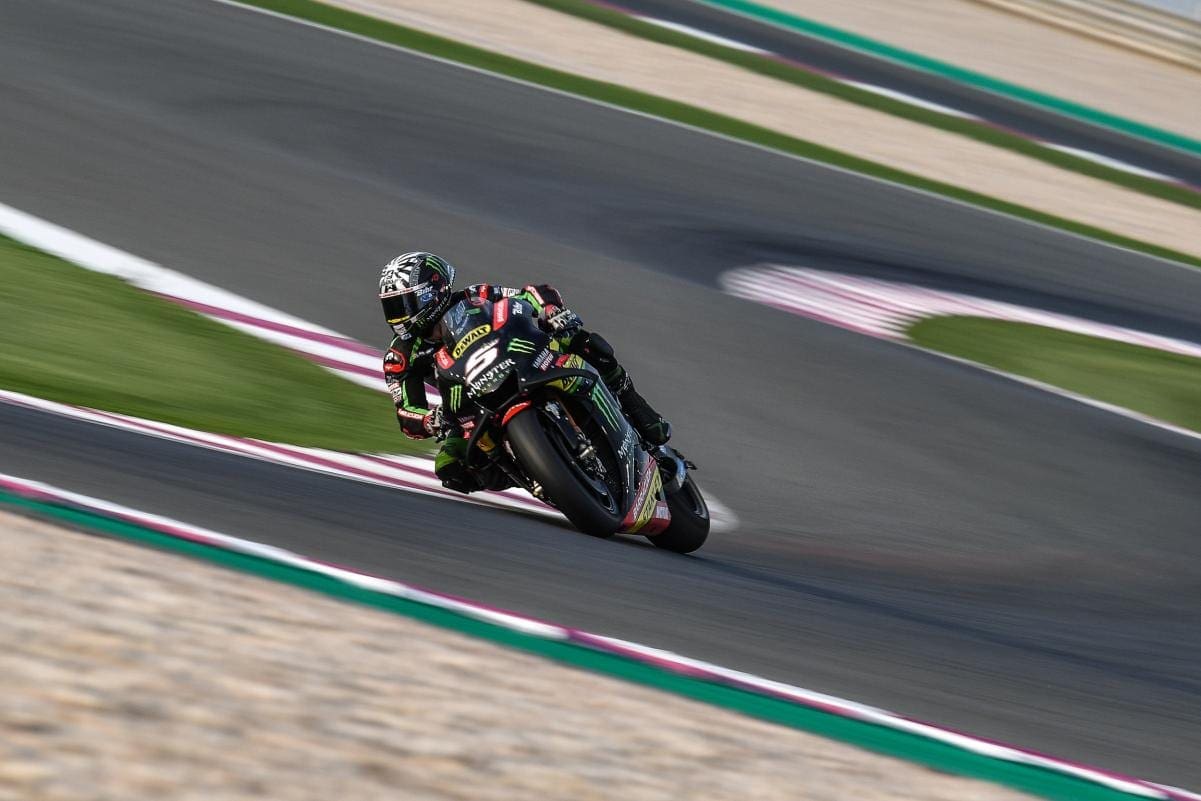 Johann Zarco (Monster Yamaha Tech 3) left the Qatar MotoGP test as the fastest man on track, with the Frenchman just over a tenth over Jorge Lorenzo’s 10-year-old pole lap record to top the test with a 1:54.029.

Valentino Rossi (Movistar Yamaha MotoGP) shot back up into the higher echelons on day two to get closest to the Frenchman as he was 0.247 further back – with Andrea Dovizioso (Ducati Team) completing the top three as he was once again a constant presence to be reckoned with.

Lorenzo’s record that Zarco was hunting down is a 1:53.927, set in 2008 when the now five-time World Champion debuted – a longstanding mark of pace at the venue to add some extra lustre to the Tech 3 rider’s laptime. Behind that show of outright pace from the Frenchman’s Yamaha, Rossi’s two and a half tenth deficit was nevertheless enough to put the Italian into P2 despite a crash earlier in the day – and Dovizioso was just 0.055 off his compatriot. 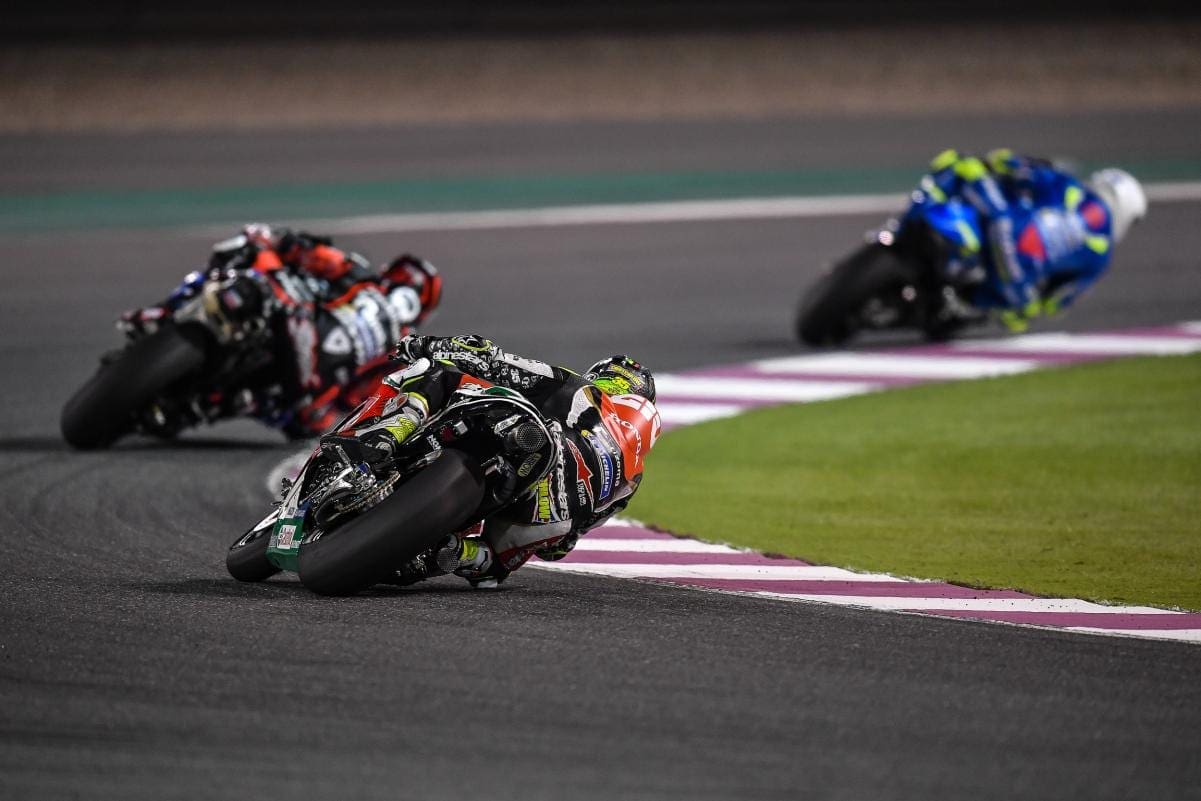 In fourth, Cal Crutchlow (LCR Honda Castrol) was the fastest Honda with a 1:54.457 – continuing his fantastic preseason form – after putting in 57 laps, which was the most of the top five. It was incredibly close between the Brit and the third Yamaha Maverick Viñales (Movistar Yamaha MotoGP), however, with the Spaniard – fastest in testing at the venue last season and the race winner – just 0.014 off after he made a late attack.

The top five were the same as the combined times on day three, but the man who leaves the desert sixth overall set his best laptime on day two – Andrea Iannone (Team Suzuki Ecstar). The Italian, whose 1:54.586 was the fastest lap on Friday, was sidelined on the third and final day of the third and final preseason test, suffering with illness. 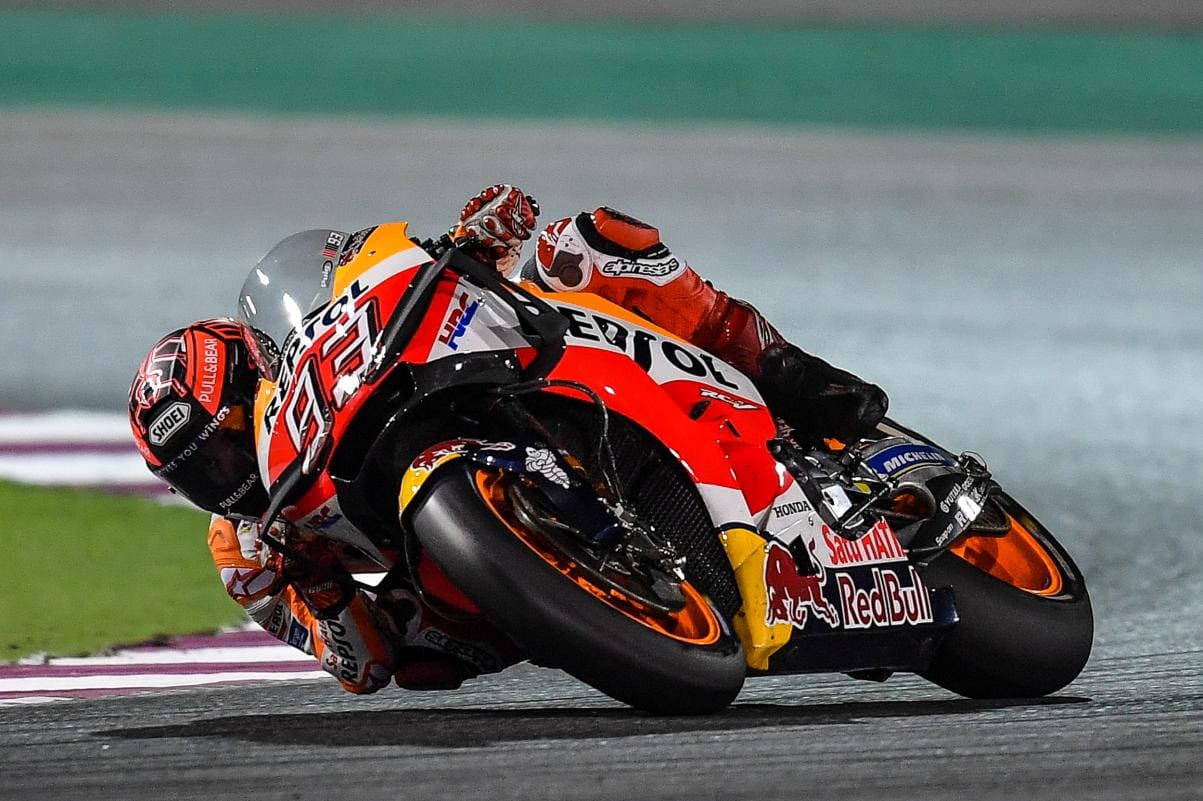 Slotting behind the ‘Maniac’ and his Day 2 assault, Marc Marquez (Repsol Honda Team) was seventh overall as he guns for his seventh title – and by another tiny margin, with only 0.005 in it. The reigning Champion also showed impressive pace on a long run, and did the most laps of anyone as he racked up 75. He ended the day sandwiched between the Team Suzuki Ecstar machines, as Alex Rins took P8 and ended preseason on form and fully healthy ahead of his season.

Two Ducatis locked out the top ten overall, with Danilo Petrucci (Alma Pramac Racing) just 0.009 off Rins ahead of him and 0.033 ahead of the Ducati Team machine of Jorge Lorenzo. Lorenzo, who went fastest in Sepang with the quickest ever lap, put in a 1:54.692 in Qatar for P10. Second Alma Pramac Racing rider Jack Miller, who headed out late with a soft tyre for a time attack, was P11 overall and another tiny margin made the difference – just 0.057.

Dani Pedrosa (Repsol Honda Team), after a big crash on Day 1 and having been affected since by some pain in his left hand, did the least laps on Friday of anyone but put in 44 more on the final day, ending the test in P12 overall after having topped the #ThaiTest.

Franco Morbidelli (EG 0,0 Marc VDS) was the fastest rookie by the end of action in thirteenth, with the Italian-Brazilian leaping up the leaderboard to set a 1:55.132 and take back the honour of fastest rookie from Takaaki Nakagami (LCR Honda Indemitsu), who has largely been the man to watch in preseason. And the second quickest rookie was the newest kid on the block, Hafizh Syahrin (Monster Yamaha Tech 3), as the Malaysian – who debuted in Buriram as he steps in to replace Jonas Folger – took P16 and was only just over a tenth off Morbidelli. Nakagami was four tenths further back on Saturday, with fellow rookies Xavier Simeon (Reale Avintia Racing) and Tom Lüthi (EG 0,0 Marc VDS) another half second in arrears.

Behind Morbidelli, Bradley Smith (Red Bull KTM Factory Racing) was the fastest rider for Austrian factory KTM in P14, just over a second off Zarco at the top, with teammate Pol Espargaro still affected by injury. Espargaro did, however, get back on track on Day 3 after sitting it out on Friday, and the Spaniard was three tenths off his teammate.

The man completing the top fifteen was Aleix Espargaro (Aprilia Racing Team Gresini), after an early foray much further up the timesheets. The elder Espargaro brother did a 1:55.232 on the last day, with the Noale factory having four 2018 RS-GPs in Qatar for the first time ahead of the first race of the year.

So that’s it, and the curtain comes down on pre-season. Decisions are made, programs worked through and components compared – so all that remains now is to race. But there’s not long to wait, with the Qatar GP getting underway on the 16th March.