If you want to get your hands on a rare piece of motorcycle racing history, a genuine Suzuki RGV500 fairing from Kevin Schwantz’s 1988 French Grand Prix machine is up for sale on eBay. 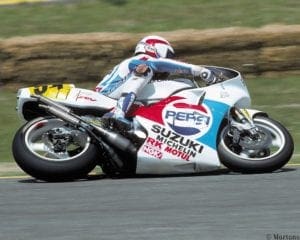 1988 was a big year for Kevin Schwantz. To kick it off, he won the Daytona Superbike race with a broken arm, before making the move to Grand Prix competition. And in his first full season, Schwantz came away with two victories at Suzuka and the Nurburgring, and ended up finishing in eighth place in the championship. Not a bad start, at all. 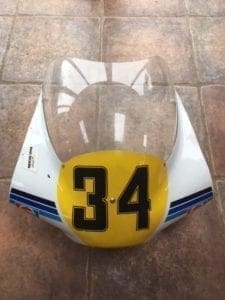 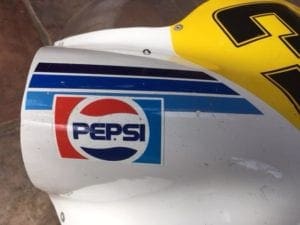 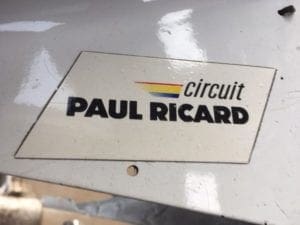 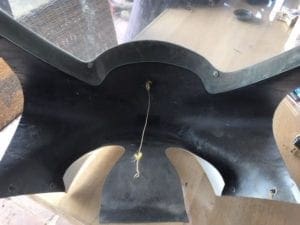 The nose cone up for sale is a genuine piece of motorcycling history, taken off Schwantz’s Pepsi RGV500 at the French Grand Prix in 1988, where Schwantz finished in third place. It’s even got the Paul Ricard Circuit scrutineering sticker still on it. Originally purchased from the Suzuki UK team, the nose cone has been in the hands of the current owner for many years – and he got in touch with MoreBikes as he’s looking to sell it to raise funds for his daughter’s wedding.

To take a look at the listing on eBay, click HERE.

And if you’ve got a rare piece of motorcycling history tucked away in your shed – and you’re thinking about getting rid of it, we’d love to hear about it…