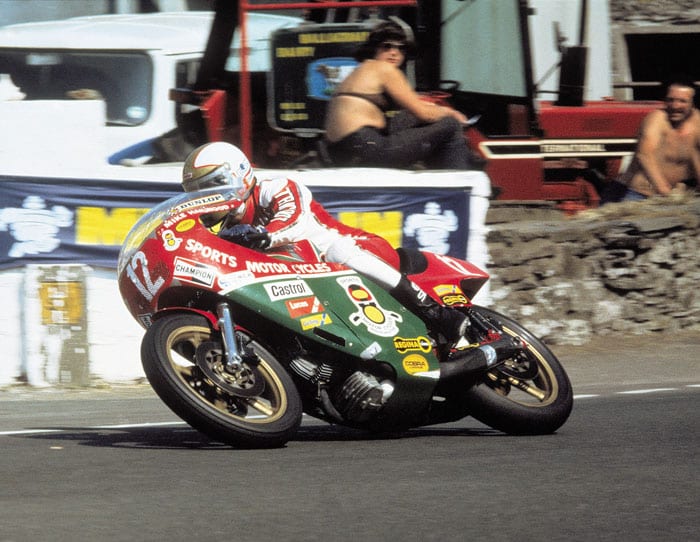 Vee Two Australia has secured the original technical drawings for the Ducati’s 883cc 90-degree, V-twin, bevel-drive engine, as well as the casting moulds, chassis drawings and specifications to ensure the bike is an exact replica of the one which powered Hailwood to his historic 1978 victory.

“The engine used in Mike’s 900 F1 race bike was a prototype race engine designed by the Ducati factory in the mid 70s, of which only around eight units were made,” General Manager of Vee Two Andrew Cathcart explained. “When Mike won the TT in ’78, the factory had plans for the engine to power the next series of desmo Ducati sportsbikes but, due to its financial situation, the bevel-drive format was scrapped in favour of the belt-drive that was less costly to manufacture.

“This meant that this ultimate bevel-drive engine wasn’t produced and therefore never made it into the hands of the public. Picking up from where the factory left off, Vee Two are now in a position to offer the engine that powered Hailwood to his legendary victory.” 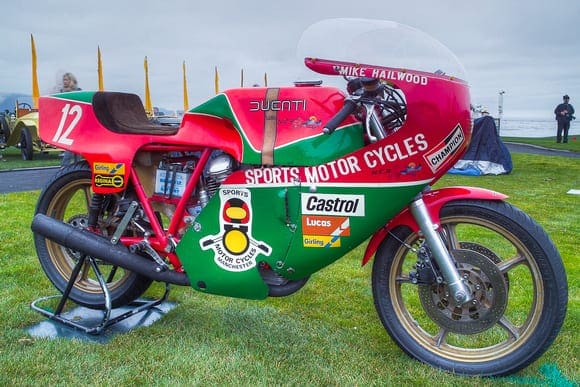 While the engine will be produced in-house, the chassis is being built in Europe using the original drawings. The bodywork will also be an exact replica, right down to the famous Castrol and Sports Motorcycles stickers on the red-and-green paintwork. John Keogh, the designer behind a number of Vee Two creations, is presently at its Nannup headquarters applying the finishing touches to the clay modelling which will form the basis of the bodywork.

While confirming the appearance and technical specifications of a 1978 TT Hailwood replica may seem straightforward, the original bike changed numerous times during the two-week event and any number of combinations could be classified as ‘exact’.

“So many changes to the chassis, engine and exhaust system were made during the event,” Vee Two’s CEO Brook Henry said. “We aim to produce an exact replica of the bike as it crossed the finish line.”

Henry also revealed Vee Two will draw on the expertise of Steve Wynne, the man who sourced the original 900 F1 from the factory and prepared it for the 1978 race under the Sports Motorcycles banner.

“Being able to ask Steve about things we spot in photographs, and have him separate myth from fact is very exciting,” continued Henry.

Mike’s widow Pauline and his son David have already granted approval to use the legendary racer’s name and, in recognition of this, each of the 12 examples will bear Pauline’s signature.

In true TT fashion, it’s now a race against the clock to have the first bike ready in time for this year’s TT. The event will feature a host of celebrations commemorating Hailwood’s famous victory, and Vee Two plans to unveil its replica at the 2018 event where it will complete parade laps. The bike will also be on show at the IoM’s Classic TT in August.

1. Externally, Vee Two’s engine dubbed the Ritorno (meaning ‘comeback’ in Italian), is an exact copy of the 883cc 90-degree bevel-drive desmo V-twin that carried Hailwood to the historic 1978 victory.

2. Internally, the motor will host a full complement of Vee Two’s upgrades, meaning power output will be higher than the original engine’s 64kW (86hp).

3. The engine castings are being produced in Melbourne by Steven Howell of CH Tooling. Several modifications have been made to modernise the internals, but the external appearance will remain unchanged.

4. To commemorate Hailwood’s victorious racing number, just 12 examples of the as-yet-unnamed bike will be produced. All will be track-only machines.

5. The original Girling shocks are no longer available, so Vee-Two has teamed up with Öhlins Australia to develop a rear shock absorber and up-to-date adjustable internals for the period-correct Marzocchi fork.

Following an 11-year break from top-level racing, 38-year-old Hailwood was approached by Steve Wynne to race the ’78 TT. Hailwood agreed and set a new lap record of 111mph in practice before claiming what is one of the greatest comeback victories in sporting history.

Although Vee Two has already bestowed the Ritorno moniker on the engine, Andrew  Cathcart says the bike hasn’t yet been officially named. “Mike Hailwood Replica is an over-used title. Internally we are just calling it ‘The  Hailwood’, but we will settle on a name soon.”