CF Moto recently joined forces with KTM – as the Austrian brand looks begin production of a range of mid-capacity bikes for emerging markets. And following its partnership with KTM, the Chinese mega-brand has unveiled its new Duke-inspired V.02-NK Concept. 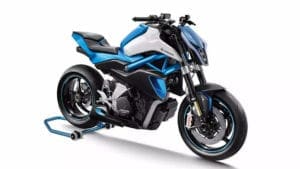 Visually, there’s no denying the similarities between the CF-Moto and the KTM 790 Duke – and it’s no coincidence. The design is the work of a team of ex-Benelli and ex-Bimota designers, who have utilised the existing CF-Moto NK design (created by KTM’s designers Kiska). The similarities don’t end there though – with KTM also offering up its 990cc engine to CF-Moto – and there’s even talk of the Austrian’s 1080cc powerplant being used in the future. 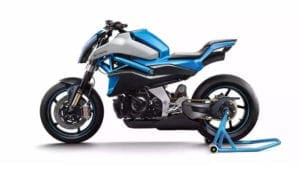 The CF Moto V.02-NK Concept is also equipped with some high-quality components that are not typically found on machines manufactured in China. For example, it’s equipped with top-notch Brembo brakes and Öhlins suspension. 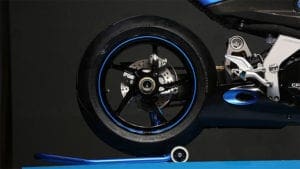 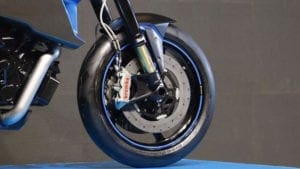