The Australian produces a stunning lap on slicks to beat Pedrosa

Johann Zarco (Monster Yamaha Tech 3) was 0.212 seconds off the Australian’s time to put himself third on the grid and impress once again, with the Frenchman now having taken an incredible six front row starts in a row.

After impressing all weekend, Tito Rabat (Reale Avintia Racing) will launch from fourth – his best Premier Class qualifying by some margin. Team Suzuki Ecstar rider Alex Rins lines up fifth after a great session, while Marc Marquez (Repsol Honda Team) couldn’t convert his superior Free Practice pace into pole – the reigning World Champion starts sixth. Initially heading out on his second run to gamble on slicks, the number 93 gave it one lap before coming back in to switch back to wets. “Too much risk,” says a rider thinking of the Championship.

Q1 graduate Aleix Espargaro (Aprilia Racing Team Gresini) – who was the early pace setting in Q2 after eclipsing the Ducatis – heads up the third row of the grid in seventh. Championship leader Andrea Dovizioso (Ducati Team) starts eighth on the grid after progressing through from Q1, with Maverick Viñales (Movistar Yamaha MotoGP) lining up alongside the Italian in ninth. 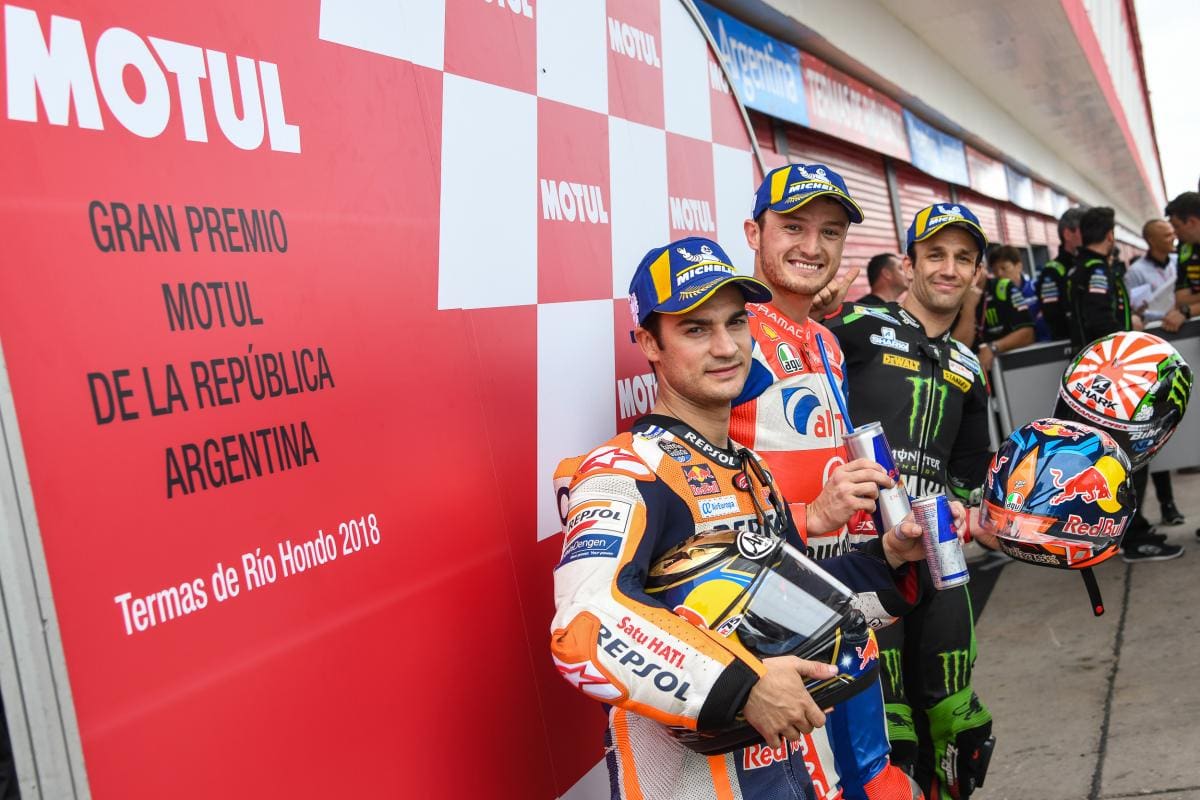 After looking strong all weekend, Cal Crutchlow (LCR Honda Castrol) will aim to pick off some of the riders in front of him on Sunday when he shoots from tenth. Valentino Rossi (Movistar Yamaha MotoGP) couldn’t give the Termas de Rio Hondo grandstands a dream Saturday as he qualified in P11 – 0.022 back from Crutchlow. Andrea Iannone (Team Suzuki Ecstar) will start P12. 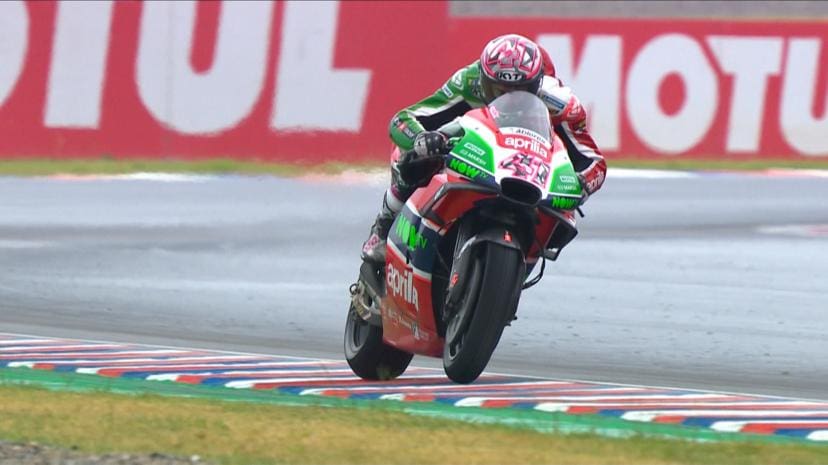 A breath-taking MotoGP qualifying session left the Ducati’s of Jorge Lorenzo (Ducati Team), who qualified P14, and Danilo Petrucci (Alma Pramac Racing) – who ended the day P18 – with plenty of work to do.

An unfamiliar looking grid sets us up for a spectacular race at the Termas de Rio Hondo circuit, as the lights go out at 15:00 (GMT -3) for the premier class boys to do battle. 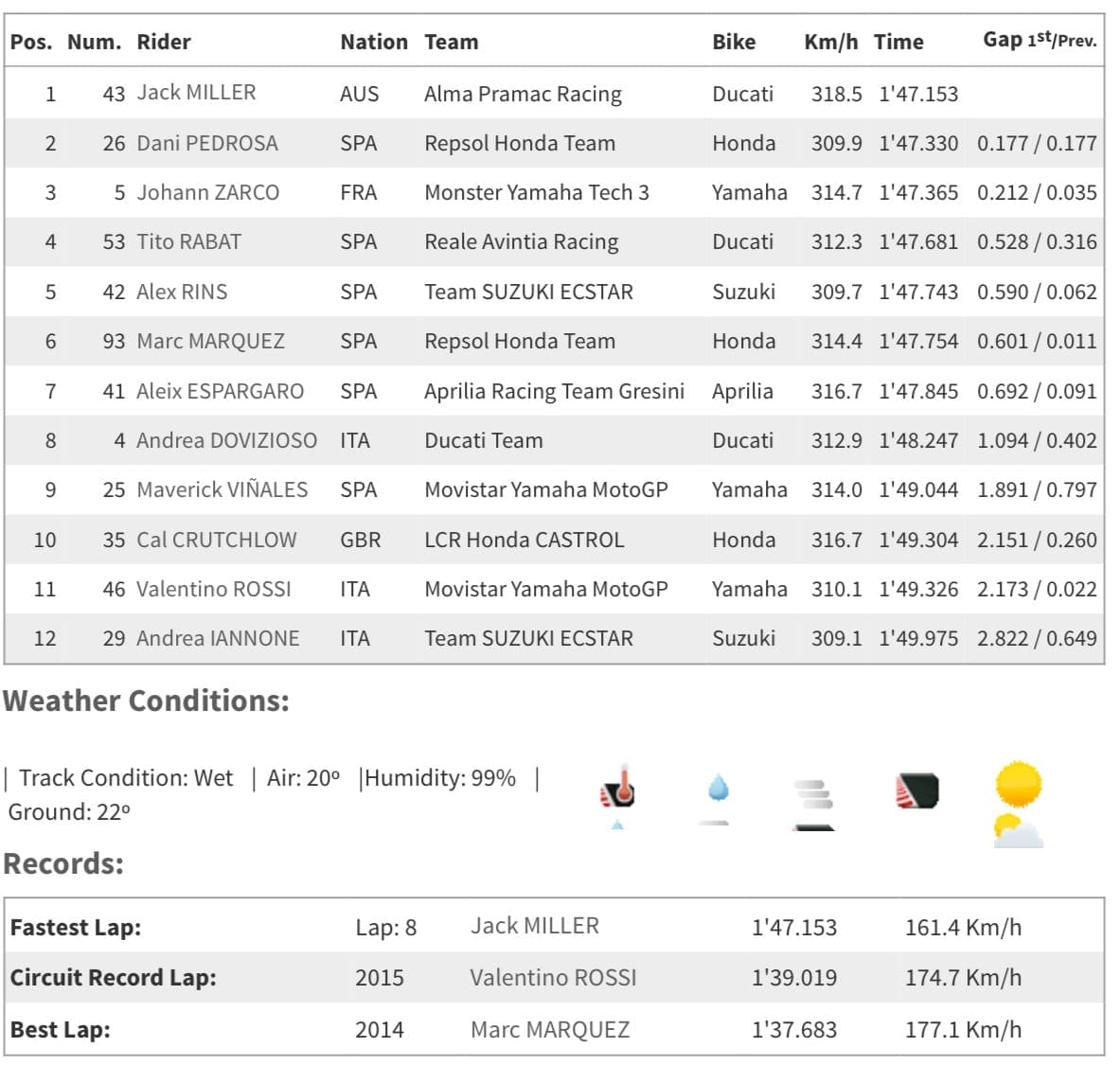