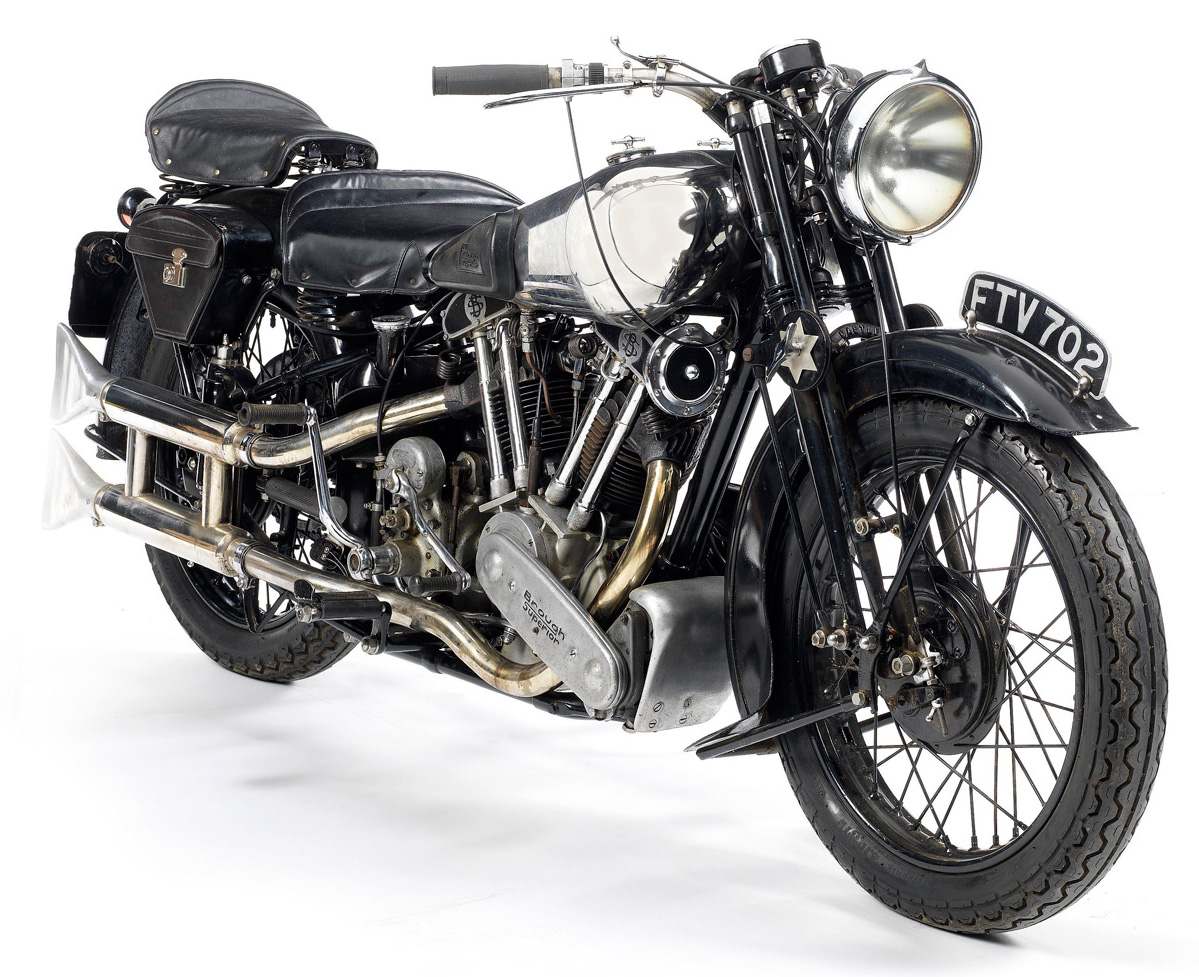 A 1939 Brough Superior SS100 owned by the designer himself, George Brough, goes under the hammer at the Bonhams Stafford Sale of Important Collectors’ Motorcycles and Related Memorabilia on 27 April, with an estimate of £140,000-180,000.

Originally attached to a sidecar, ‘FTV 702’ was first registered by George Brough on 24th May 1939 and only two days later took part in the London-Edinburgh endurance run piloted by George with Motor Cycling journalist Henry Laird in the ‘chair’. Laird’s article about the event was published in Motor Cycling’s edition of 14th June 1939, a copy of which is supplied with the machine. (Read it below) 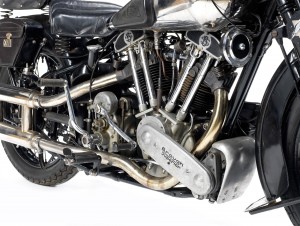 Brough put the motorcycle to arduous use throughout 1939, which included various road tests and the Tour of Ireland as well as the London-Edinburgh. In April 1945, the Brough Superior was advertised for sale in Motor Cycling for £200.

The current owner’s father bought it for £70 and registered it on 14th August 1961. Placed in storage in 1967, the motorcycle has been in sporadic use since then, but has been well-maintained over the years.

Bimota entered the arena of motorcycle production in the early 1970s, and the intervening 30-plus years has seen the brand established as one of the world’s foremost producers of exclusive, limited edition, high performance motorcycles with a reputation for quality second to none.

In the early stages of production, Bimota were not interested in supplying complete machines, and apart from the prototype racer all HB1s (Honda Bimota 1) were supplied as frame kits for completion by the customer. Nine complete kits were produced, which together with original racer made a total of only ten HB1s. Given this strictly limited production, it is hardly surprising that this first Bimota is one of the most sought after of the Rimini factory’s products.

The 1929 Scott 596cc racing motorcycle is a unique machine. Yorkshire’s Scott concern had a long and honourable history in both the Isle of Man races and on shorter circuits. Their TT participation started in 1909 and continued during the 1920s, Scott pinning their faith on their unique central-flywheel, water-cooled twin, an engine which remained in production until the 1970s.

In 1929 the company fielded six riders at the TT on completely re-worked racers with distinctive frames and running-gear and much more powerful engines. Owing to the late arrival of the machines on the island, the Scott riders had to practice on earlier bikes or their own machines. Phil Vare qualified on his own 1928 ‘TT Replica’ Scott, with only brief rides on a ‘Works’ machine before the race.

After the race, Phil Vare negotiated a deal with the cash-strapped factory, in which his ‘Replica’ Scott was part-exchanged for the ‘Works’ machine, which was then registered as VF 6543. He kept the bike for some years, riding it at short-circuit events until selling it on when he was a Scott agent.

The third owner, the vendor, acquired it in the early 1960s. Fully realising what a unique Scott he had, he resisted the temptation to do a cosmetic restoration, restricting work to mechanical reconditioning, or the careful replacement of missing parts with period replacements, the machine remaining largely as it was when last raced in ­anger.

Trophy winner at the 2012 Scott Abbotsholme Rally, this unique, original and beautiful reminder of that pre-war era comes with many papers relating to its history, including detailed letters from the late Phil Vare containing important details of this racer’s TT history. 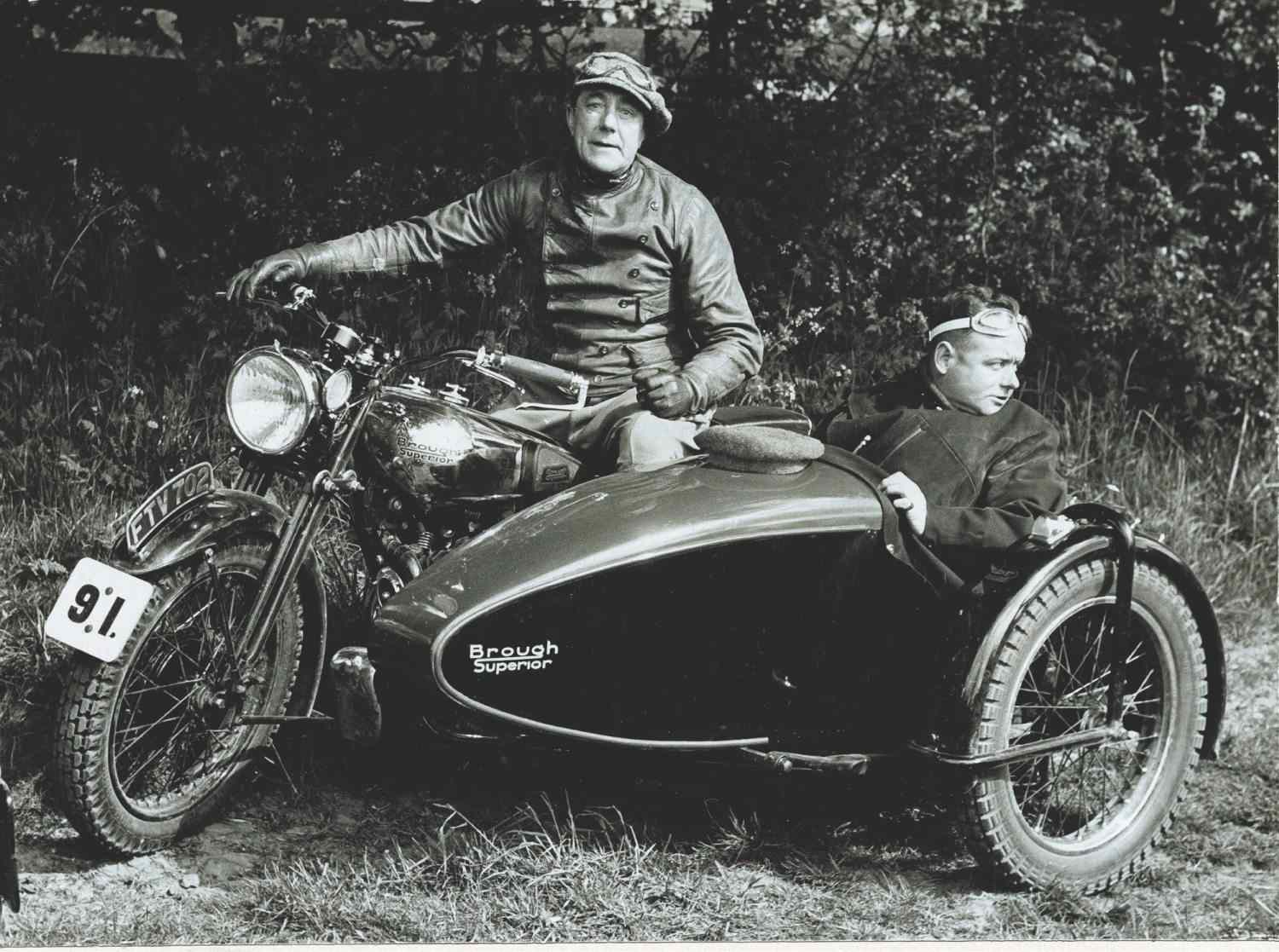 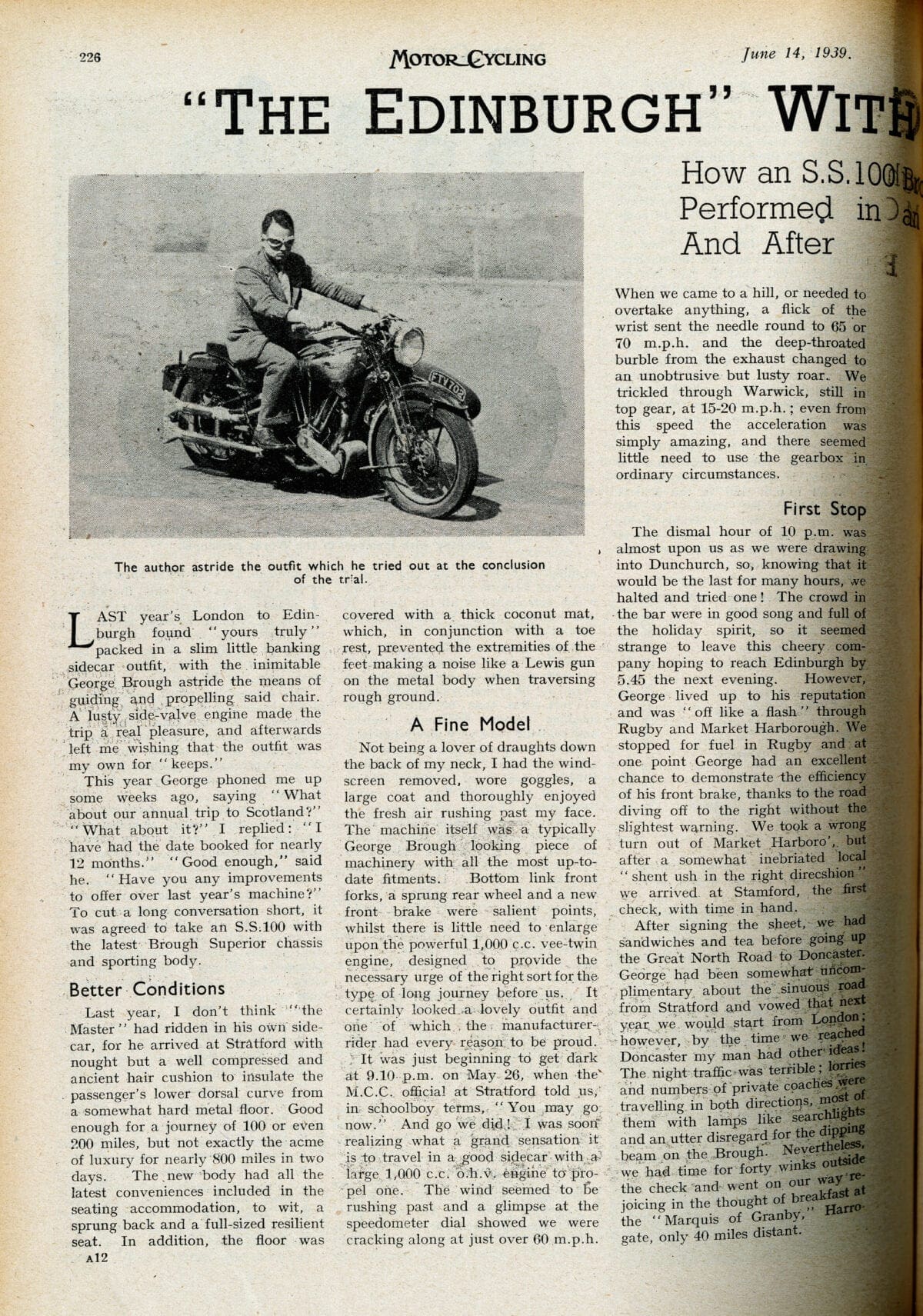 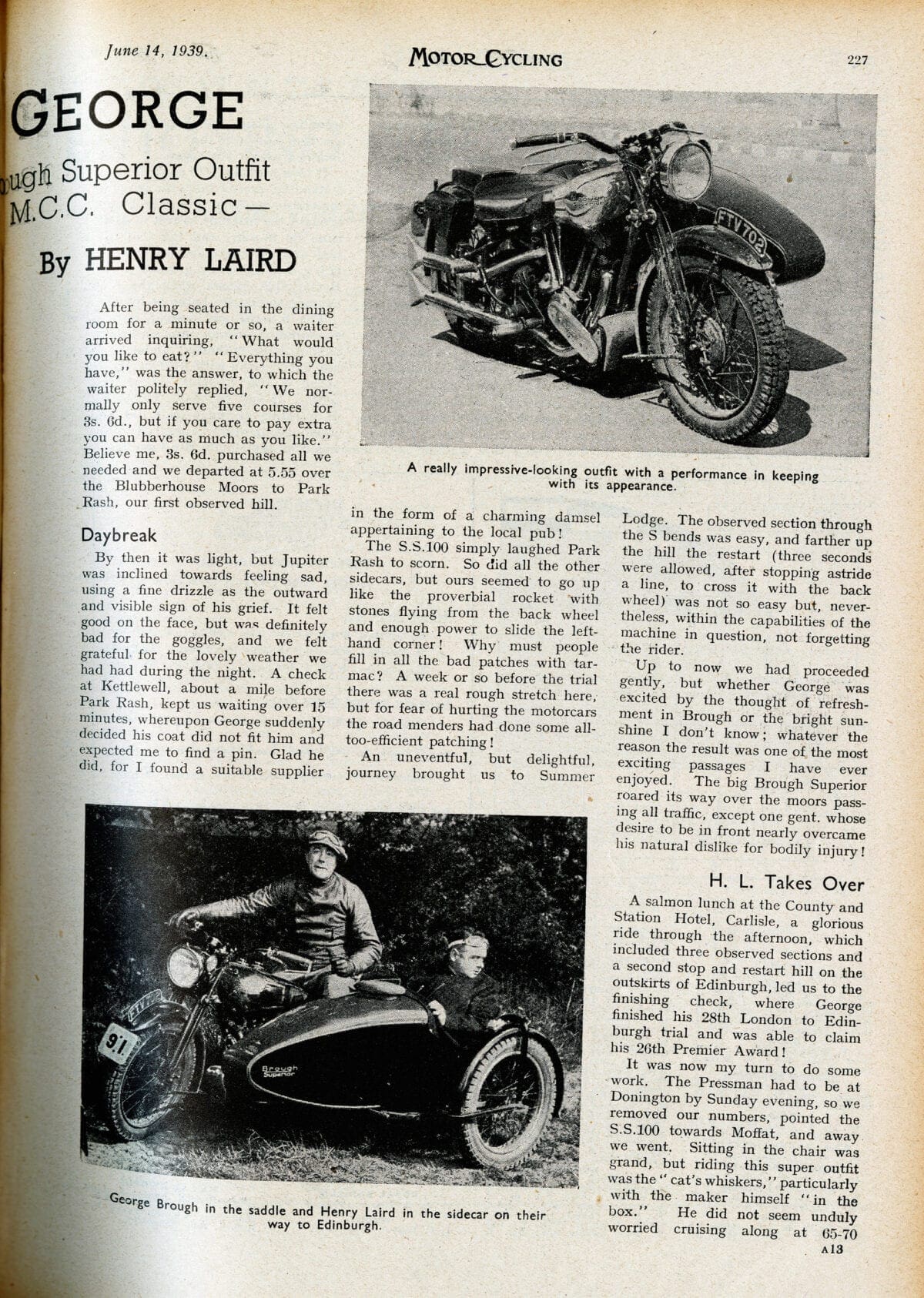 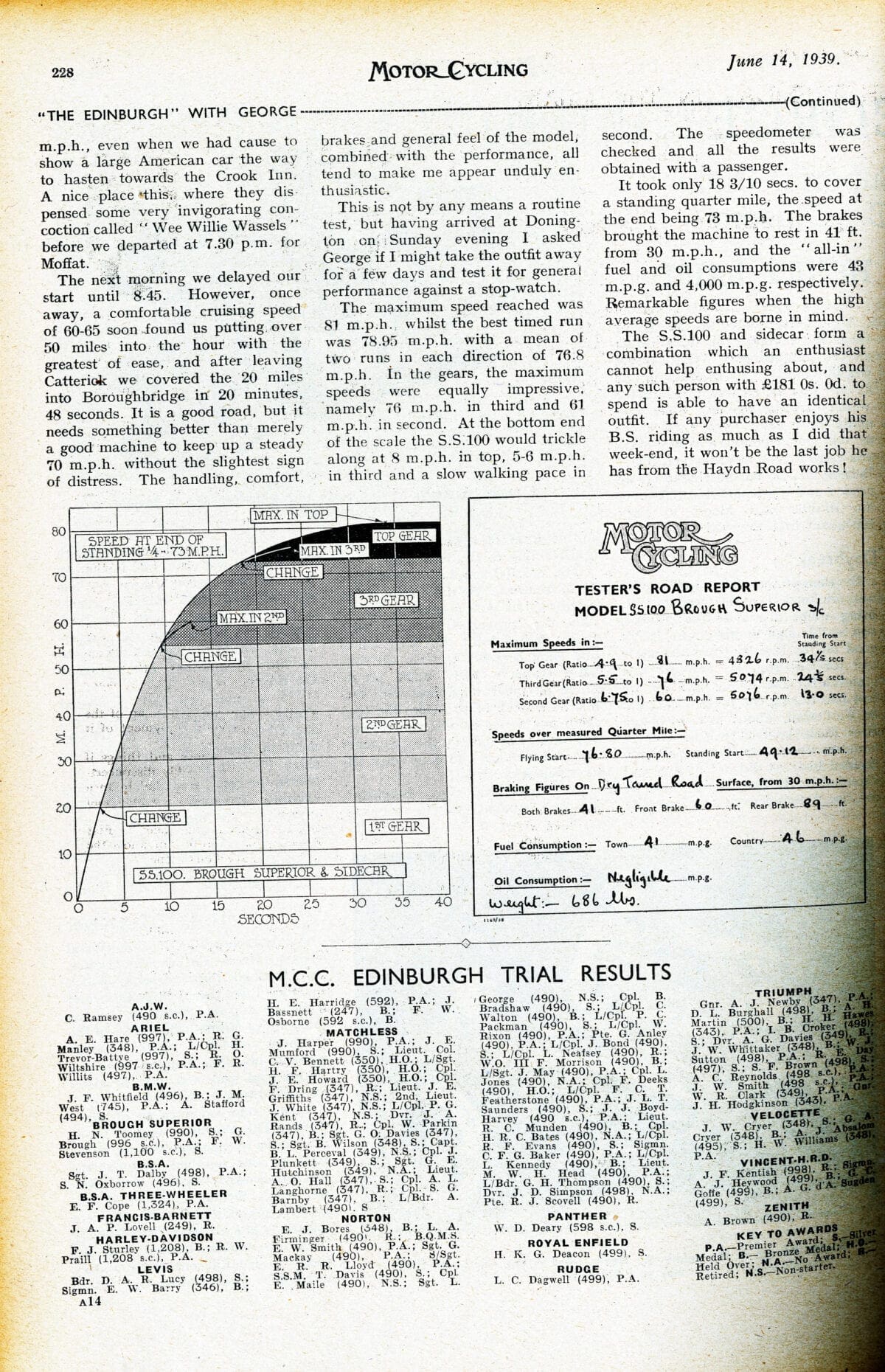