Gamma under the hammer: ’86 Suzuki RG500 Gamma (signed by Randy Mamola) up for auction

American restoration specialist Rick Lance has brought a beautiful 1986 Suzuki RG500 Gamma back to life – and it could be yours if you’ve got twenty grand going spare. 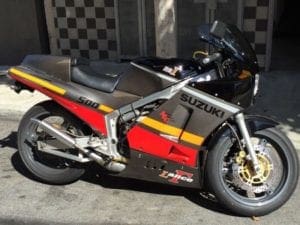 The Suzuki RG500 Gamma is an iconic machine. Essentially, it’s the street version of the ever-dominant RGB500 which picked up seven consecutive constructors’ titles in the World Championship – and was traditionally powered by a 2-stroke, four-cylinder 498cc engine, which kicks out 95bhp, and weighs in at 154 kg. 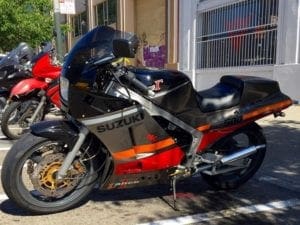 Admittedly, the Gamma that’s going under the hammer it’s not exactly original – with Lance adding a multitude of parts to further improve the RG500’s performance. That includes an upgraded 555cc powerplant, a GSX-R radiator, a Maranello Engineering transmission kit, in addition to several parts manufactured by Lance himself, including a clutch, TriPod air kit, fiberglass fairing and custom paintwork. 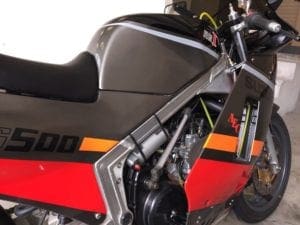 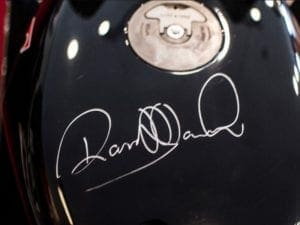