MotoGP: Pedrosa to ride in Texas

Despite fracturing his right arm radius a couple of weeks ago at the Grand Prix of Argentina, Repsol Honda rider Dani Pedrosa has decided to travel to Austin. 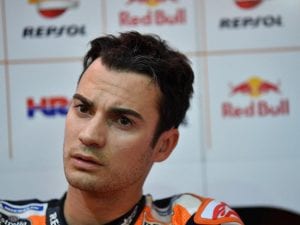 Pedrosa crashed out early at Termas de Rio Hondo after an incident with Johann Zarco left the ‘Little Samurai’ on a tricky wet patch of track. Afterwards, the Spaniard underwent successful surgery to fix a broken radius and now he’ll be back on track at the Red Bull Grand Prix of the Americas less than two weeks later. 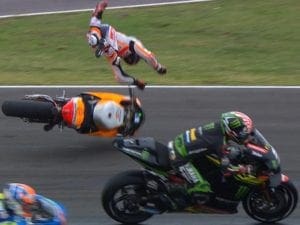 Pedrosa said: “Since the operation, I started feeling a bit better every day. I’ve been doing exercises to gain mobility and reduce the inflammation. Little by little I’m recovering muscle tone, and this allows me to see some progress. From here it’s difficult to know our real possibilities. We’re going to a difficult track and until I’m back on my bike I won’t be able to really know my situation. But what’s clear to me at this moment is that it’s well worth it to travel and try.”

With MotoGP riders known for their superhuman recovery times and incredible results riding through the pain barrier, Pedrosa’s intention to ride comes as no surprise – and it’s a tough track, but one on which he has a good record.

In addition, the number 26 extended thanks to his fans after the incredible support he’s received following the crash and subsequent surgery. He said: “An important part of my strength to go to Austin comes from your messages of support,” he concludes, “so thank you very much to all of you.”