Channel 4 is commissioning a new version of Guy Martin’s Wall of Death Live, which will see the Lincolnshire lorry mechanic and motorcycle racer showing celebrity contestants how to ride the Wall of Death. 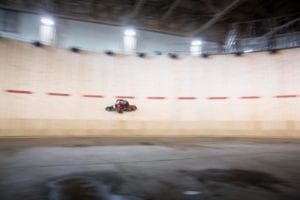 The show is based on Martin’s televised 2016 attempt — which saw him bag the Wall of Death world speed record, topping 78mph, during a live broadcast on Channel 4. And the new show will see a team of daredevil stars don their leathers and attempt the terrifying challenge on live TV for Stand Up To Cancer.

Guy, who was once tipped to host Top Gear, will be in charge of training contestants to ride the Wall of Death on a motorcycle – and Ken Fox and his Hell Riders will be on hand to offer guidance and advice too. 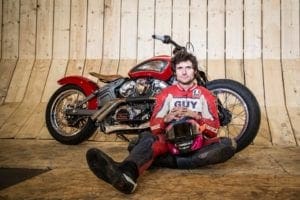 A production source said: “The team are excited that this could be one of the most exciting, most talked-about live TV moments of the year. It’s obviously hugely dangerous but it’s for a really good cause. They are currently looking for male and female celebrities to take part, but they obviously need people who have got a valid motorbike licence. If they can get enough people signed up, inside training will commence over the summer. It’ll be nail-biting, edge-of-your seat stuff. It’s yet to be formally commissioned but Channel 4 has begun approaching celebrities.”