We’ve seen some crazy looking patents in the past, but Ford’s latest unveiling probably tops them all. The American automotive giant has filed a patent for a car with a motorcycle built into it that can be deployed as a separate vehicle. Cool right? 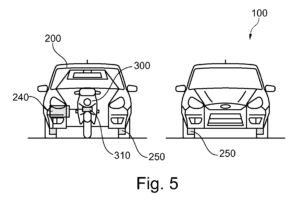 The patent application describes an electric motorcycle that is connected using a rail system inside the car, between the front seats. In fact, the motorcycle makes up the centre console of the car, with the seat serving as an armrest or storage area. 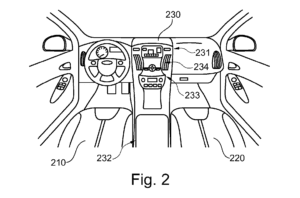 While in situ, the motorcycle can be raised so that it doesn’t touch the ground while the car is in use – however, the patent also states that the bike’s drive wheel can be used to help propel the car, in addition to its rear mounted engine – which basically makes it a hybrid. 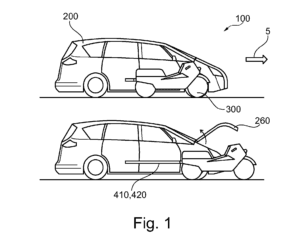 Admittedly, Ford doesn’t describe the two-wheeled vehicle in much technical detail. All we know is that the car’s infotainment system is part of the bike, and would offer an on-board computer, GPS navigation, radio, and Bluetooth connectivity, even when deployed. Additionally, the patent says the centre console electrical system will be used to heat the bikes seat.

Ok, so it’s fairly unlikely we’ll ever see this idea come to life from Ford – but we’ll keep our fingers crossed for a concept in the not too distant future.