Hutchinson says he’ll decide if he’s road racing AT ALL this year soon. Decision will be made in NEXT THREE DAYS! 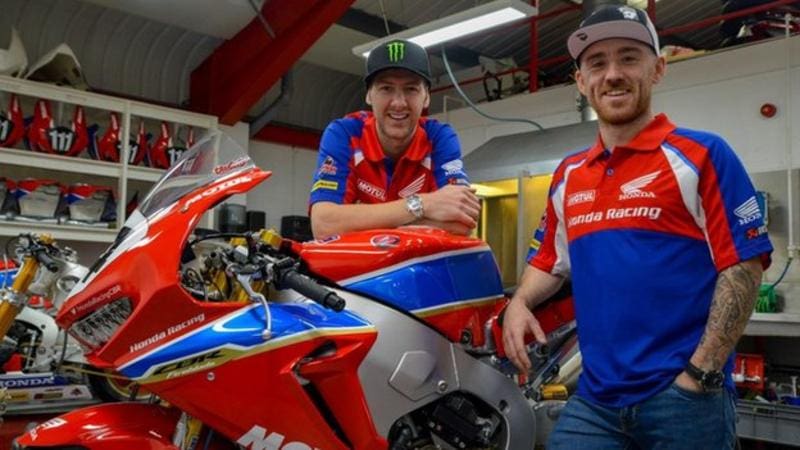 MANGLED rider Ian Hutchinson says that it will be the end of April (three days time) when he decides whether he’s going to compete at all this year.

Reported in the Belfast Newsletter last night, Hutchinson explained that the ongoing troubles to his left leg, following his horrific crash in last year’s Senior TT race where he fractured his left femur and injured his left ankle, haven’t healed in the way that he hoped.

However, the 16-time TT winner hasn’t yet thrown in the towel and is keeping his fingers crossed that the external fixator will be removed from his leg before the end of this month.

“I’ve been having regular X-Rays on my leg to keep an eye on the progress, but I think now I’m just going to have to leave it as late as I can to get the frame removed at the end of April,” he said. “I’m still hopeful that I can go racing, and I’m doing everything I can for me to be prepared should the frame come off in time.

“I’m not going to get a lot of testing done. I’ve unofficially made the end of April the cut off point: that will give me a chance to do some riding.

“Hopefully I will do the North West 200 and weather dependent, you get plenty of riding done there – at high speed and on the road. That’s pretty much all I need.

“Hopefully then I can just chip away during practice week on the Isle of Man, and make some more progress before the races start.”