High drama in Jerez: Marquez wins as contenders collide
It could prove a pivotal race in Spain, with Marquez taking the win as Lorenzo, Dovi and Pedrosa all collide

Reigning Champion Marc Marquez (Repsol Honda Team) took a stunning second win of the season – and his second win at Jerez – in the Gran Premio Red Bull de España, fighting to the front and just able to pull away into clear air, away from some huge drama that then hit the race behind. In a pivotal day in the Championship, an unbelievable racing incident saw Jorge Lorenzo (Ducati Team), teammate Andrea Dovizioso and Dani Pedrosa (Repsol Honda Team) all crash out in one go at Turn 6 – with Johann Zarco (Monster Yamaha Tech 3) and Andrea Iannone (Team Suzuki Ecstar) then coming through to complete the podium.

Lorenzo got the holeshot after an unbelievable launch from the second row, taking the lead ahead of Pedrosa in second and Zarco in third as polesitter Cal Crutchlow (LCR Honda Castrol) lost out off the line. Marquez remained where he’d qualified in fifth, with Alex Rins (Team Suzuki Ecstar) in sixth.

Lorenzo pushed early from the front to set the pace, with Pedrosa holding station in second as Marquez, Crutchlow and Zarco squabbled for third. A moment for Zarco soon after then saw the Frenchman out wide and dropping back. 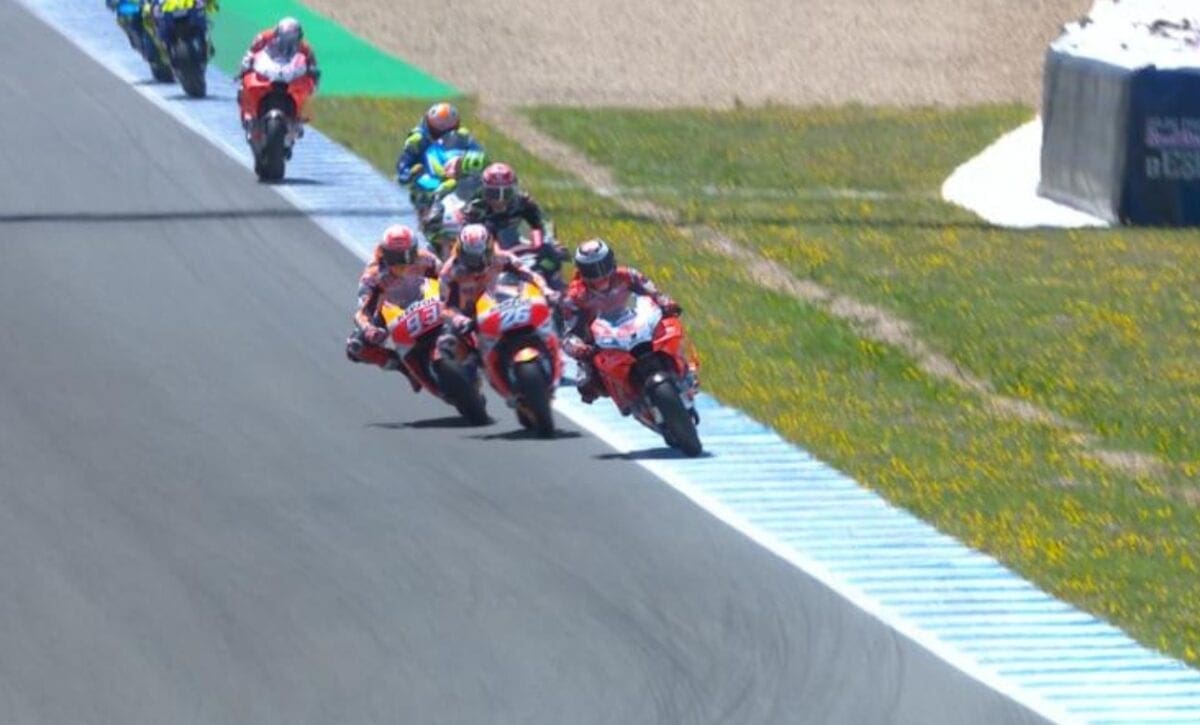 Then Crutchlow crashed out, before another name went missing from the front group as Rins followed suit not so long after. Meanwhile Andrea Dovizioso (Ducati Team) had made his way through to the front group – leaving a Repsol Honda vs Ducati Team duel of duos fighting it out.

With 16 laps to go, however, Marquez made his move – slicing past Lorenzo to take over in the lead as ‘DesmoDovi’ and Pedrosa looked for a way past the number 99. After some chopping and changing as Marquez pulled away, it was then time for the overwhelming headline of the race: the three-rider crash that saw Lorenzo, Dovizioso and Pedrosa all collide and tumble into the gravel. 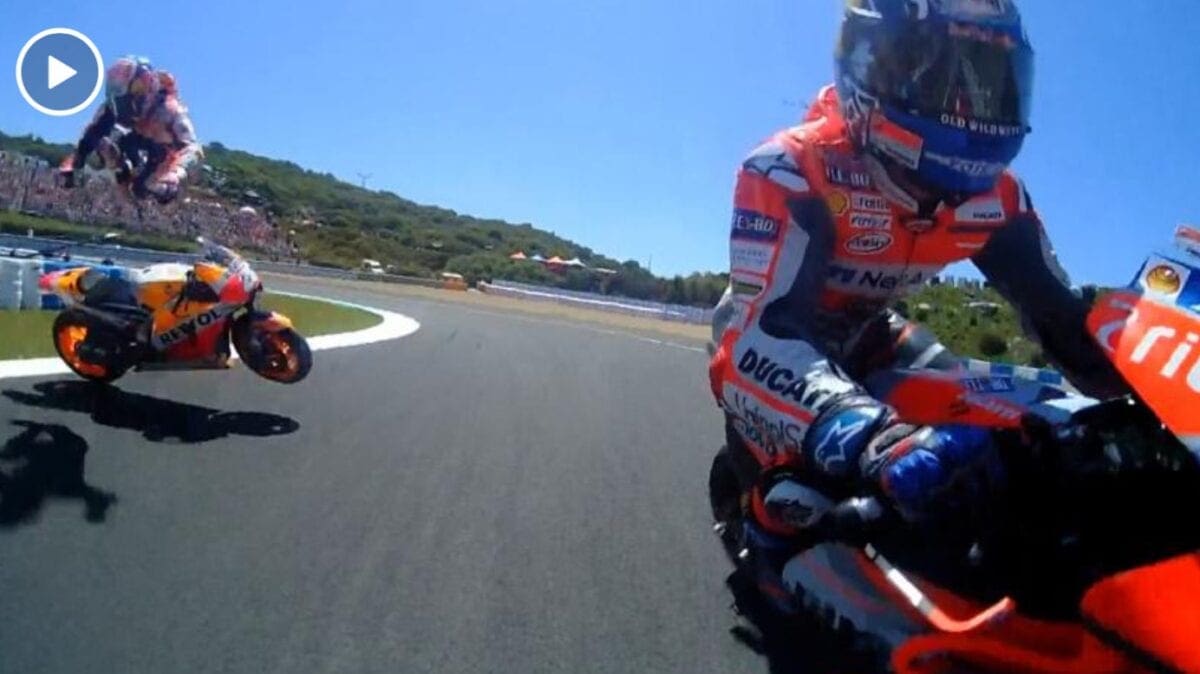 Dovizioso had attacked Lorenzo into Turn 6 but headed too deep, with the number 99 then cutting back towards the apex – but Pedrosa was already there. The two collided with each other and then Dovizioso; the gravel trap waiting for the three men and the shockwaves of the moment ricocheting around the circuit as the dust settled. Costly in the Championship, but the three all walked away unharmed despite the incident.

That left Zarco with the unbelievable sight of a Repsol Honda and both Ducatis in the gravel as he came past, inheriting second and then facing seven laps to keep calm and take yet another impressive podium. The battle to complete that after the drama up ahead was hotting up, meanwhile, as Danilo Petrucci (Alma Pramac Racing) and Valentino Rossi (Movistar Yamaha MotoGP) were closing in on the Suzuki of Andrea Iannone in third.

As the last lap dawned, Iannone was just able to make a gap and stay clear of the chasing Italians, despite Rossi having pulled back an awesome amount of distance on the penultimate lap to get himself in contention. So the ‘Maniac’ crossed the line in third for the third Suzuki podium in a row, Petrucci took fourth and Rossi a top five finish in the race in which he completed a lap of the world – now having raced the equivalent distance of the circumference of the Earth upon finishing Lap 15.

Lap 15 of the Spanish GP marked Valentino Rossi’s 30,075th kilometre racing in the World Championship. Relieve some of his greatest moments

Jack Miller (Alma Pramac Racing) just dropped off that battle to cross the line in sixth, with Maverick Viñales (Movistar Yamaha MotoGP) making some progress from outside the top ten in the initial stages to take P7. Eighth was the best result of 2018 so far for Alvaro Bautista (Angel Nieto Team) after he fought with Viñales for much of the race, with top rookie Franco Morbidelli (EG 0,0 Marc VDS) taking ninth and his first top ten result in the premier class.

The dust has settled at Jerez, but not yet in the title fight. There’s a new man at the top after the Spanish GP, and it’s race winner Marc Marquez. The chasing pack have some ground to make up at Le Mans.