Yamaha has created the Ténéré 700 World Raid, a prototype model of its hotly anticipated T7 – which it’ll be putting through its paces on a challenging trip across the world throughout 2018. 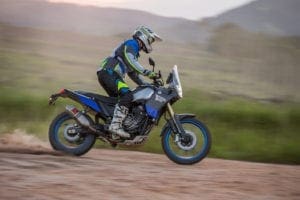 And it’ll be touring the globe too, as part of a special World Raid Tour – with a team of Yamaha riders taking on a number of tough adventure stages, enabling Yamaha fans in North and South America, Australia, Africa and Europe to see Yamaha’s latest adventure animal. 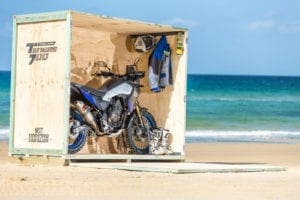 Getting into specifics, the Ténéré 700 World Raid is powered by a 689cc CP2 engine and comes with a steel chassis combined with the carbon fibre panelling mean the bike is light and agile, for on and off-road handling. 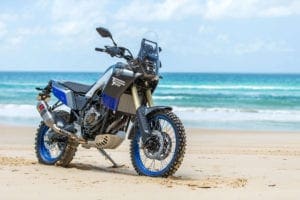 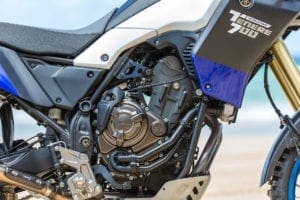 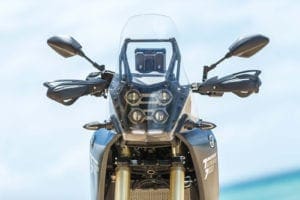 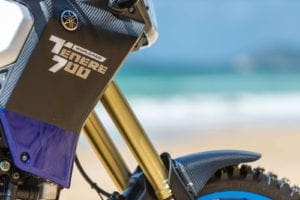 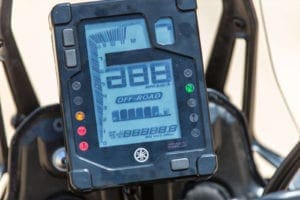 Its durable steel frame is equipped with state of the art suspension to soak up extreme off road terrain – and special features like the aluminium fuel tank and custom-made Akrapovič exhaust show that this isn’t your average motorcycle.

Yamaha’s giving the bike to a line-up of riders who’ll really be able to put the prototype through its paces. From legends such as Stéphane Peterhansel through to Yamaha Rally Team riders Adrien van Beveren and Rodney Faggoter, the Ténéré 700 World Raid will be ridden hard across a range of terrains. What better way to test it, right? 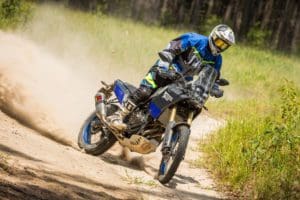 For more information on the Ténéré 700 World Raid, click HERE.