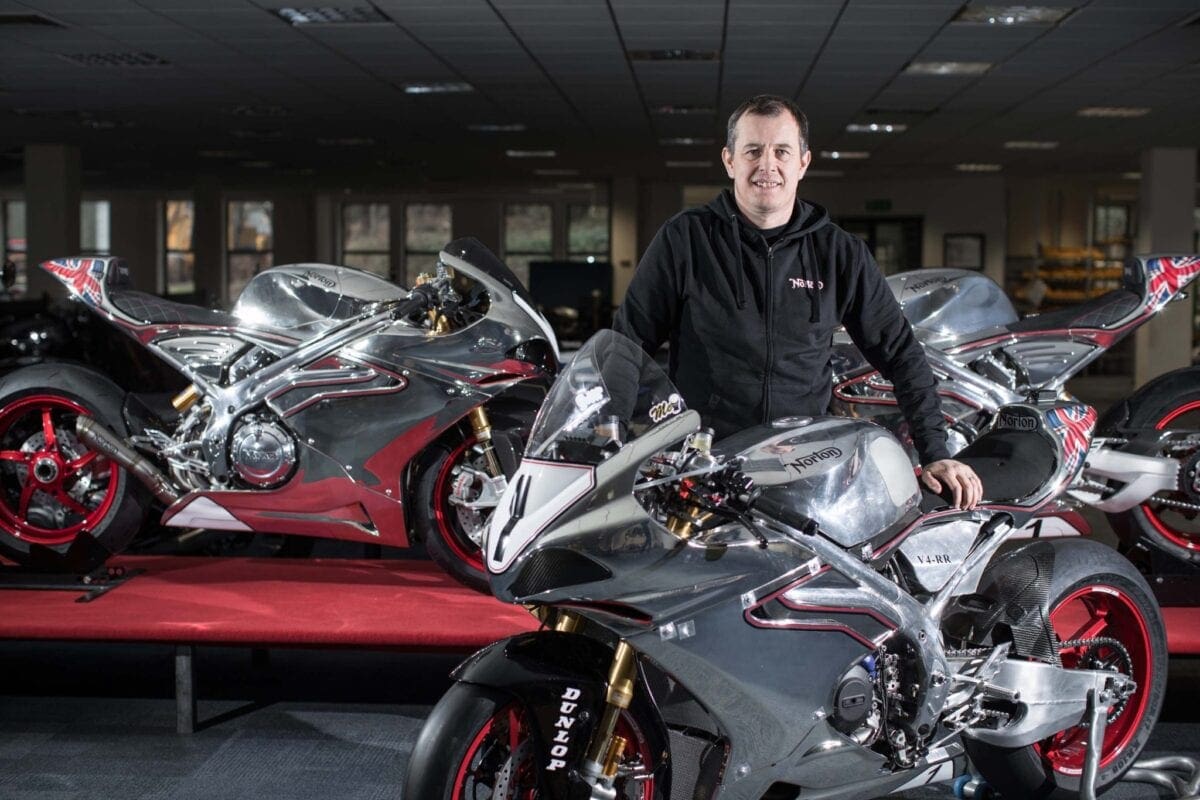 It’s sad news to have to report so close to this year’s TT, but John McGuinness is now confirmed as not racing at this year’s Isle of Man event.

The 23-time TT winner was facing a massive battle to be fit in time to take on the Mountain Course after the leg he shattered at last year’s North West 200 re-broke last month whilst he was on a family holiday.

McGuinness had held off from making any decision for as long as possible whilst the damage was assessed but today it was confirmed by race organisers at the TT that McGuinness will NOT be taking to Race Week to contest the Norton racebike.

As we first reported on April 11 HERE the moment that news leaked out about the re-break TT bosses were fearful of McGuinness not making it to the premier road race event at all this year. Then on April 27 we brought you the news that Japanese team Mugen broke the silence surrounding McGuinness’ set-back by announcing that the superstar had withdrawn from ALL classes at the TT 2018. On May 1 we brought you the BetVictor video in which John talked about what had happened with the leg but didn’t go as far as saying that this year’s meeting was out of reach. But with the announcement today by TT bosses, it’s now confirmed that John McGuinness will not be at the TT meeting in just under three week’s time.

McGuinness had captured the interest of many earlier this year when it was announced that he had signed to contest the British bike on The Island. The Morecambe man has spent the past eleven months battling to be back for The Island after the horrific crach in Ireland that threatened to end his career completely. John had to grow his busted leg by 50mm by moving the connectors in an external fixator over a long period of time. 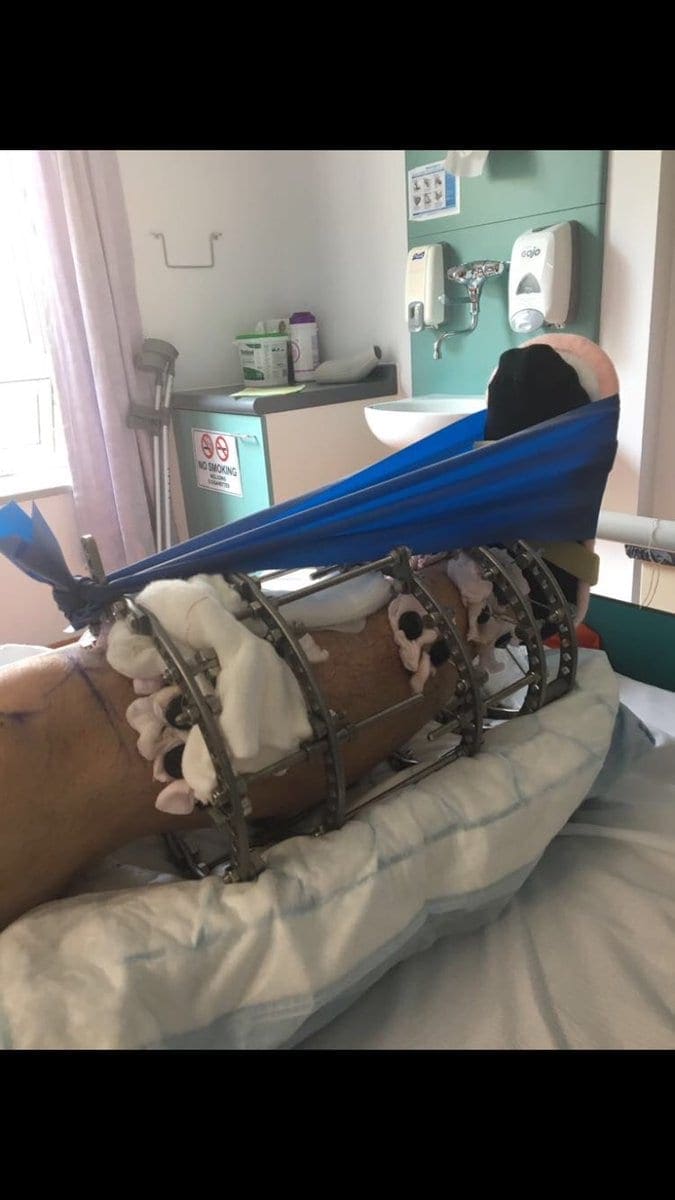 It was all going well until the latest setback happened and the bone moved apart again. The fresh injury happened just weeks after the cage came off his withered leg and the roads star was working on building the limb’s strength back up.

Speaking about the injury and the battle back to fitness, McG said: “I had to sit patiently with the cage on and I grew my leg 50mm – that was horrendous, that was painful growing through that.

“Then when they gave me the thumbs up to get the cage off it was… I can’t tell you how much it meant to get that cage off… I’d been in this barbaric, bolted together, horrible knee-cage thing…

“I went on holiday and I was doing a bit with the kids really, I got some sun on it, I was walking up and down on the beach and a little hairline fracture appeared on the front again on the original fracture and typically for me it’s only ever happened twice in the 16 years of surgery that the surgeon who did this has done. I’m absolutely gutted.”

The news means that Josh Brookes has been left to ride the Norton as a lone entrant for the UK concern. Brookes starts from number 11 and took the Norton to a sixth place finish last year in the Senior race managing a best lap of 130.883mph.