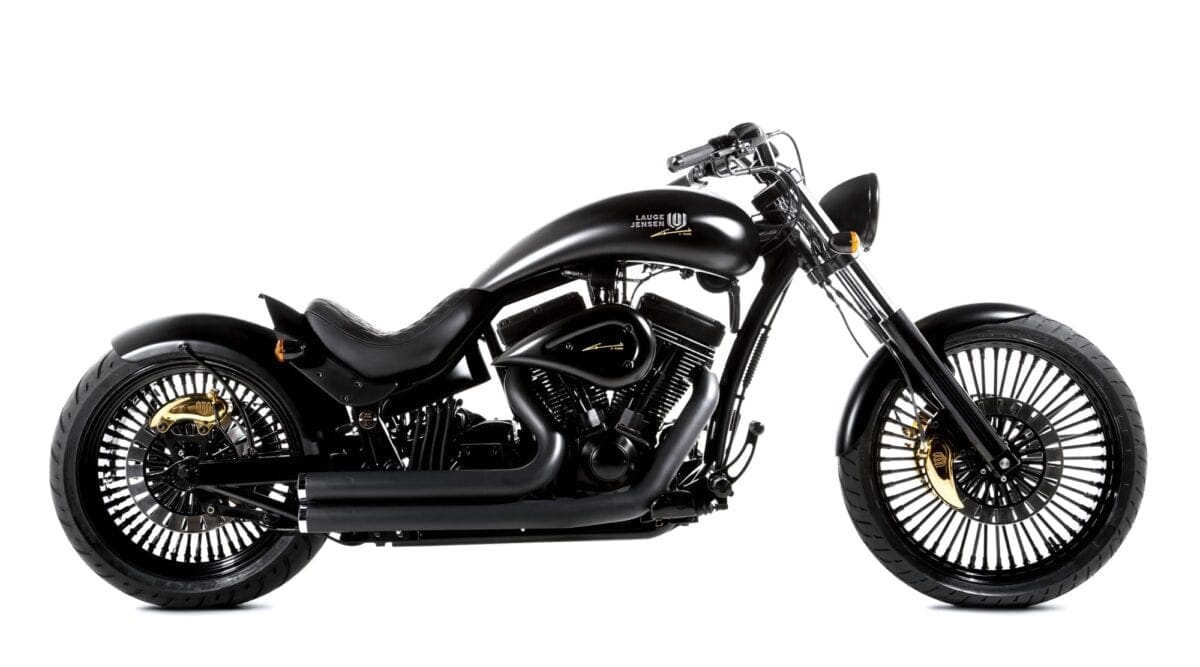 The collaboration of two of the world’s most exciting bespoke vehicle brands creates a striking combination of style and power. As with all Lauge Jensen motorcycles, the NEW A. Kahn model is hand built to perfection. With only 10 distinctive  motorcycles  designed  by  Afzal  Kahn  available  for  sale,  it is thought they will become collectibles.

The  bold  and  individual design  is  matched  by  a  sublime  performance  at  0-60mph  in  less  than  4  seconds  (maximum  speed  tolerance  in  excess  of 160mph). Hand built by Lauge Jensen craftsmen in Denmark, the motorcycles have  what they claim to be the  most  efficient  V2-engine  in  the  world,  compiling  with  EURO4 emission, thereby reducing the amount of harmful exhaust gases produced by motorcycles.

Pricing for the Lauge Jensen bikes starting from £28,600 excluding VAT.

Lauge Jenson creator, Mr. Uffe Lauge said: “We have long admired the Kahn business  ethic  and  the  innovation  and  quality  of  its  vehicles.  We  share  the same passion and vision which has now come together for the first time, to create not only one of world’s most desirable motorbike but one that stands out with a great personality”.

Frank Bank Troelsen, CEO of Lauge Jensen expressed his delight of the World’s two most exciting bespoke vehicle brand’s collaboration: “There are three things I admire about A. Kahn Design: their craftsmanship, their courage and the curiosity they create of what’s coming out next. I also recently found out that there is a fourth “C” in the philosophy of A. Kahn Design, which from my point of view is their craziness! When I first contacted Afzal five months ago, I challenged him to design a motorbike for the first time, as I believed Lauge Jensen was the only motorbike company to match his standard of quality and creativity. After all, Lauge Jensen is the only manufacturer in the World to not only have a worldwide license to make custom street legal motorbikes but we also have the ability to design the motorcycle of your dreams!”

The CEO and Director of Britain’s original automotive fashion house of A. Kahn Design, Afzal Kahn said: “Lauge Jensen is a magnificent example of design and performance combined. The new Lauge Jenson motorbike is the limited edition of A. Kahn, which takes the motorbike to a completely new level”.