MotoGP: Marquez equals Stoner as Rossi gets back on the podium 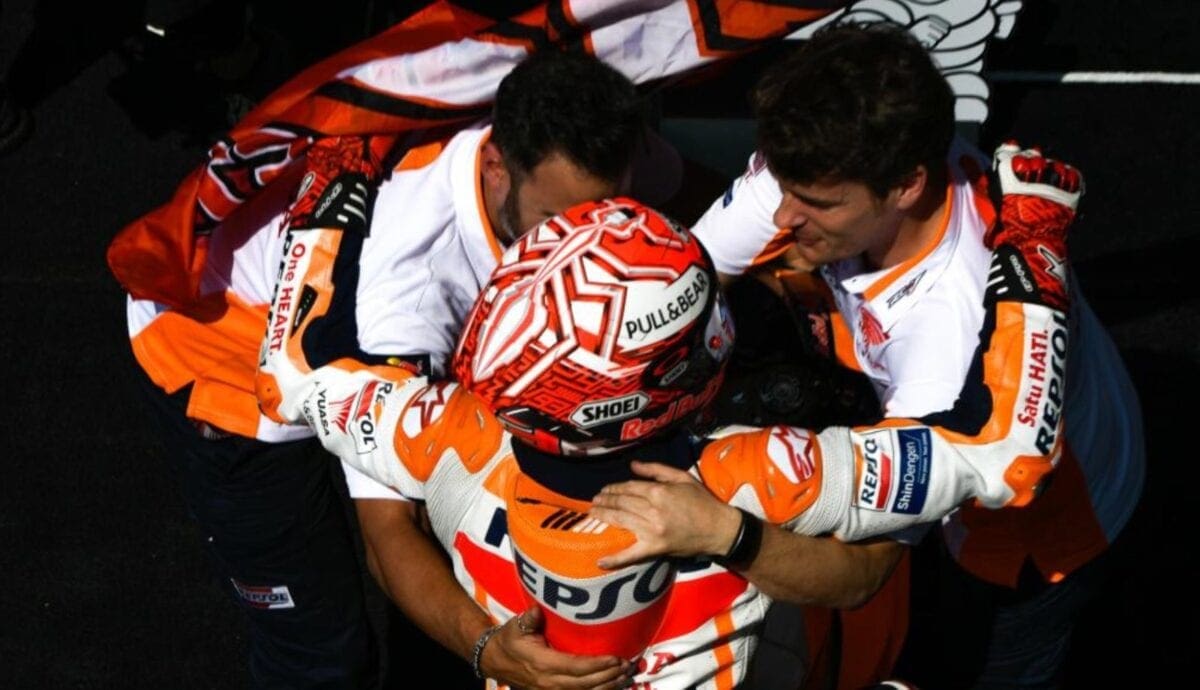 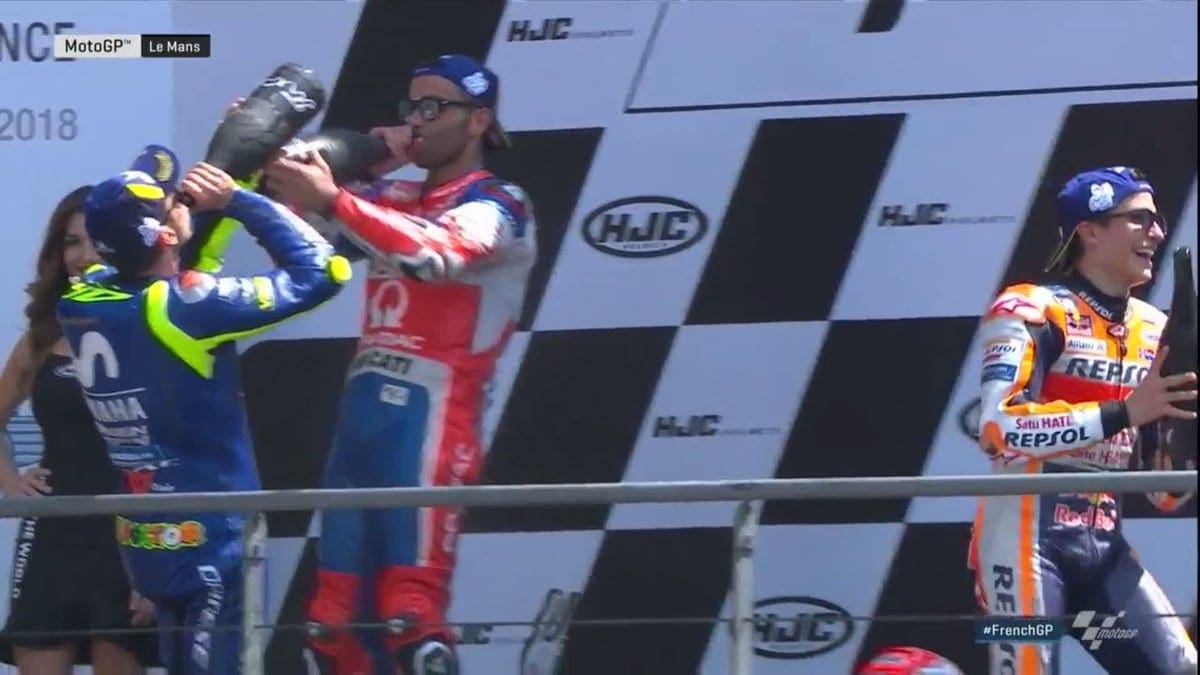 Sadly, however, the French fairytale wasn’t to be for Johann Zarco (Monster Yamaha Tech 3), as the home hero crashed out at Turn 8 on lap eight after re-passing Marquez for second in the fight at the front. Andrea Iannone (Team Suzuki Ecstar) was another rider to crash, falling out of contention on lap one at la Chapelle after making a good start. In yet more drama for the standings, Championship contender Andrea Dovizioso (Ducati Team) made a rare error at the same corner four laps later, making Le Mans another pivotal race in the Championship. 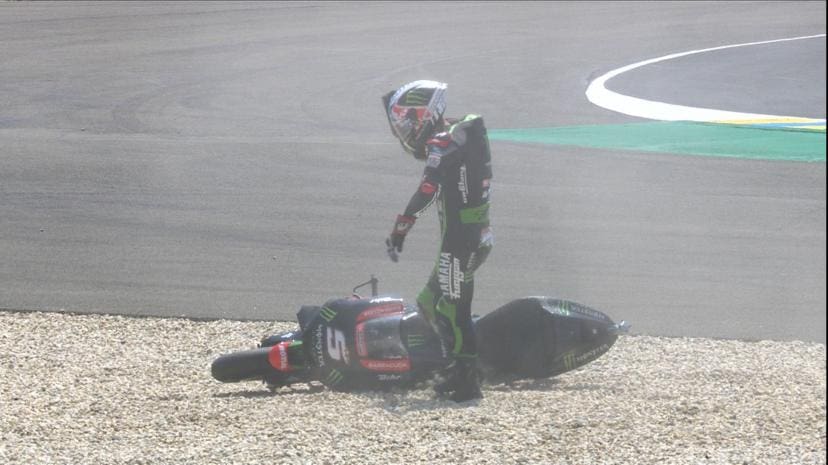 Heartbreak for Zarco at Turn 8. The French dream is over after the home hero crashes out of contention on lap 8

At the start, it was Jorge Lorenzo (Ducati Team) who got the holeshot from the second row, repeating his incredible launch of the Spanish GP to take off in the lead – and hold onto it. Zarco dropped from pole but then struck back almost immediately into the chicane to take second, with Petrucci, Dovizioso, Marquez and Rossi all close at the front until Iannone crashed out – leaving a gap back to Marquez as the two Ducatis and Zarco stayed close together at the front.

The Frenchman then headed slightly wide and Dovizioso struck, honing in on teammate Lorenzo in the lead and not leaving long before trying an attack. Getting the job done quickly, it seemed the Italian was then going to unleash his pace shown in practice – but he suddenly slid out of the lead and into the gravel, leaving the number 99 of Lorenzo’s Ducati out front.

Zarco and Marquez closed in before the reigning Champion shot past the Frenchman for second – but Zarco, in signature style, was quick to respond. The second bolt of drama was about to hit the race, however, as the Monster Yamaha Tech 3 rider then slid off at Turn 8 – leaving Marquez vs Lorenzo in the lead. 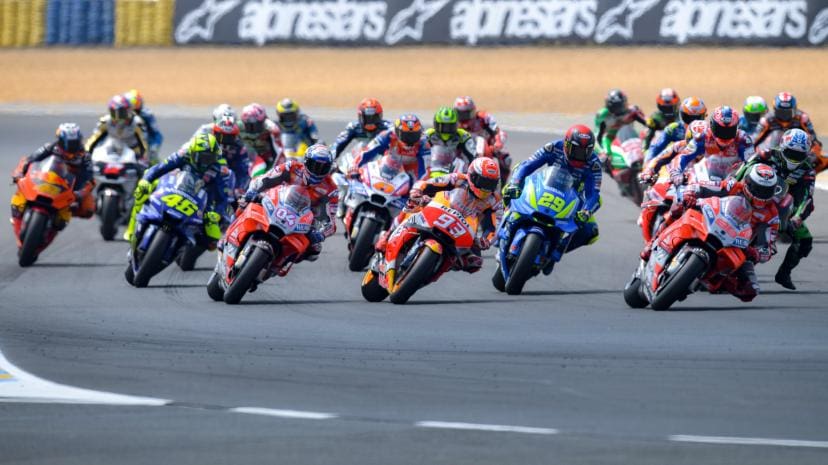 On Lap 10, the number 93 made his move before Petrucci followed the Honda rider through a lap later. Rossi and Miller soon carved their way past the five-time World Champion, who started the race on softer rubber, with Dani Pedrosa (Repsol Honda Team) waiting in the wings.

The gap between Marquez, Petrucci, Rossi and Miller stayed consistent, with all four exchanging quickest laps. That was until six-time World Champion Marquez pulled the pin on Lap 16, setting the fastest lap of the race to bridge to gap to a second over the chasing GP18. From there, Marquez was able to stretch the gap tenth by tenth, with Petrucci also keeping nine-time World Champion Rossi at bay. Pedrosa was later able to pass Lorenzo for fifth, with the Ducati rider having to settle for sixth.

Further down the order, after failing to get the start he was looking for, last year’s winner Maverick Viñales (Movistar Yamaha MotoGP) made his way back up to seventh after being outside the top ten for the first half of the race. Aleix Espargaro (Aprilia Racing Team Gresini) had a great ride, holding onto eighth until the last lap but then coming home ninth. Passing him on the last lap was a superhuman Cal Crutchlow (LCR Honda Castrol), who had a magnificent ride battling to P8 from 13th on the grid – riding through the pain barrier after a huge highside on Saturday.

Alex Rins (Team Suzuki Ecstar) battled with Viñales and Espargaro throughout the race, eventually rounding out the top ten in his first ride at the track in the premier class, having missed the event in 2017 due to injury. Pol Espargaro (Red Bull KTM Factory Racing) picked up another solid result in P11 for some more good points for KTM, with Hafizh Syahrin (Monster Yamaha Tech 3) eventually getting the better of Franco Morbidelli (EG 0,0 Marc VDS) to finish as top rookie.

That’s it for Le Mans, and it’s now time to gear up for Mugello. Marquez extends his Championship lead to 36 points but the Italians will be out in force to try and stop him – can his momentum be stalled?