SPY SHOTS: KTM’s 1290 T and 790 T Adventure bikes caught out and about (the smaller bike has wings, the bigger bike is coming with a virtually full fairing) 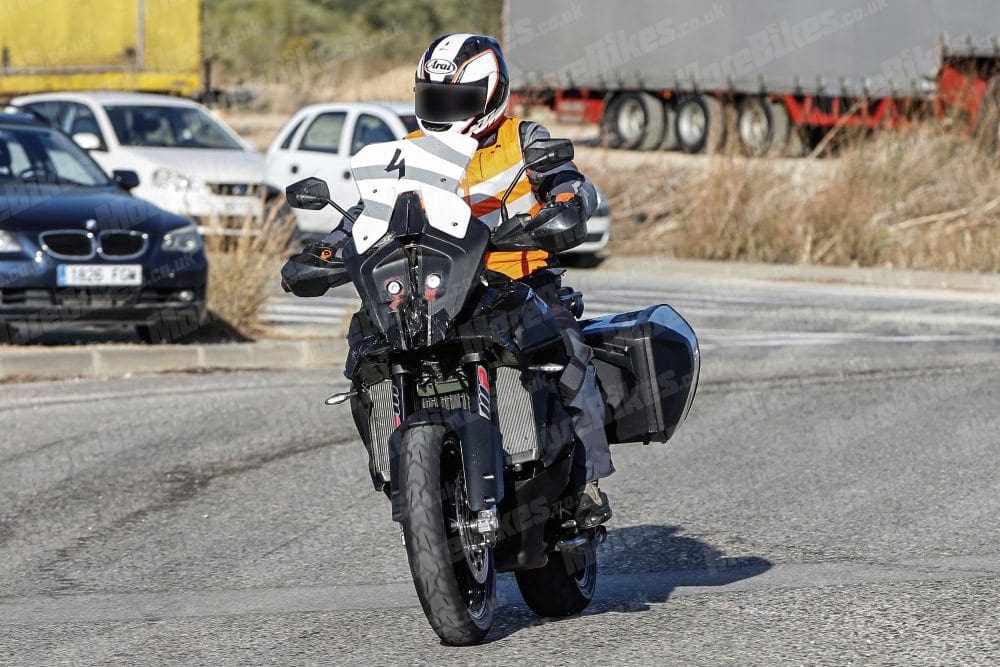 Here’s the latest KTM spy shots ahead of the launch of the Austrian firm’s upcoming 790 T and 1290 T Adventure bikes. Both bikes will be major players in KTM’s 2019 model line-up. And both bikes get major bodywork changes.

What’s now apparent with the 1290 T is that the bike is getting a huge amount of changes to its front fairing and side bodywork to make the big cc super tourer even more comfortable across big distances touring. 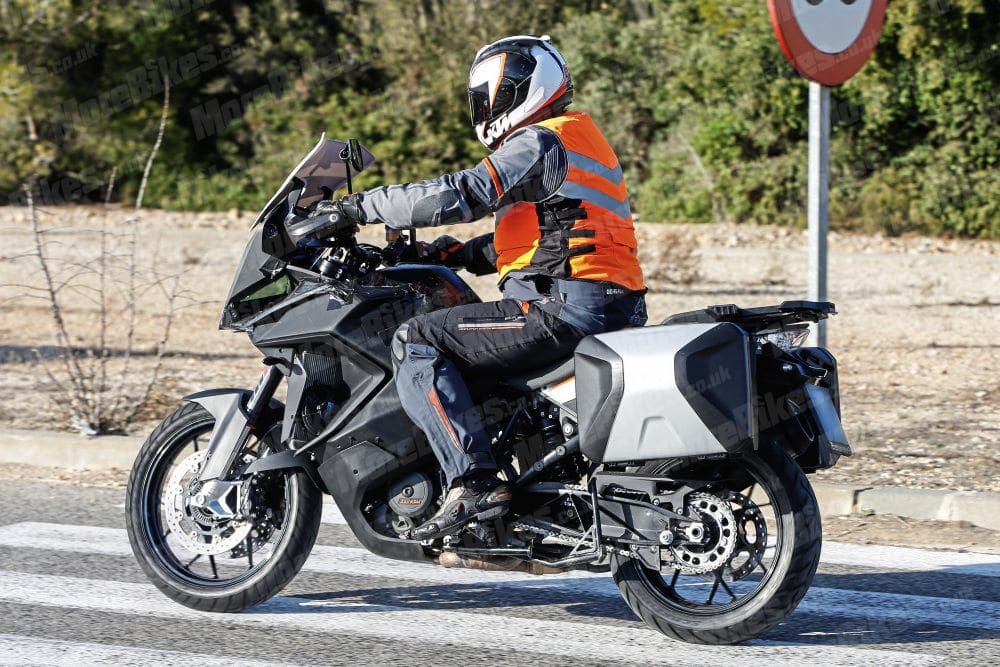 Two main areas of the bike have come in for work. At the top of the fairing the 1290 gets an all-new face with aerodynamic curves carved into the areas at the top of the lights. These feed the air up and out the sides where the blast is collected by the extended hand guards and forced away from the rider. 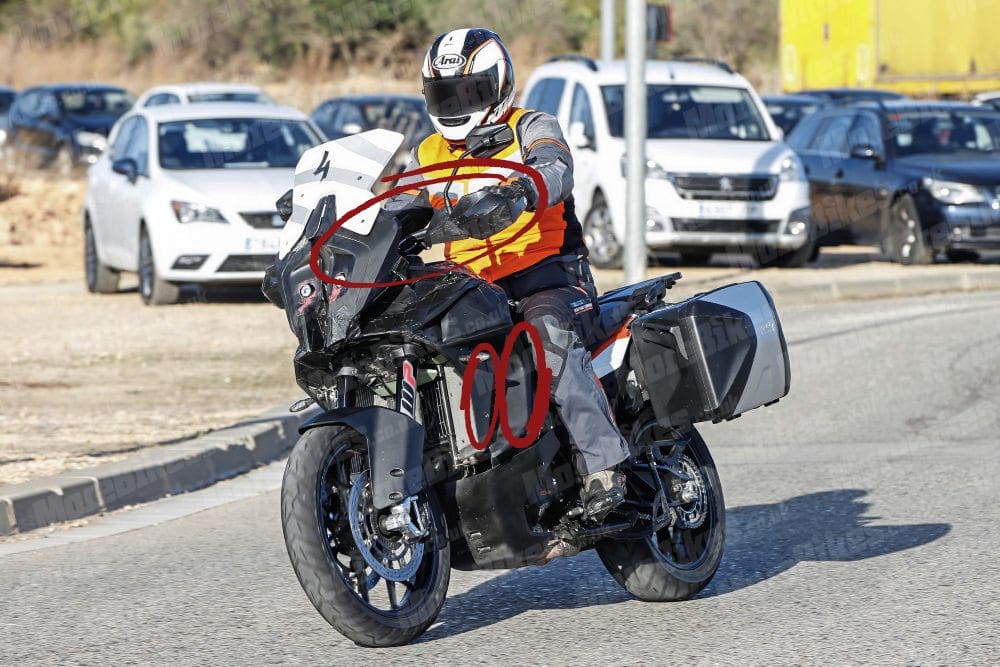 On the shoulders of the petrol tank are extended parts that run down the side of the bike. These double up with wind-directing fins off the side-mounted coolers and the whole section combines to both whip the engine’s hot air away from the rider’s legs and protect rider and pillion from the worst of the weather.  We’ve circled the top and mid-wings of the 1290’s bodywork with red circles for you. 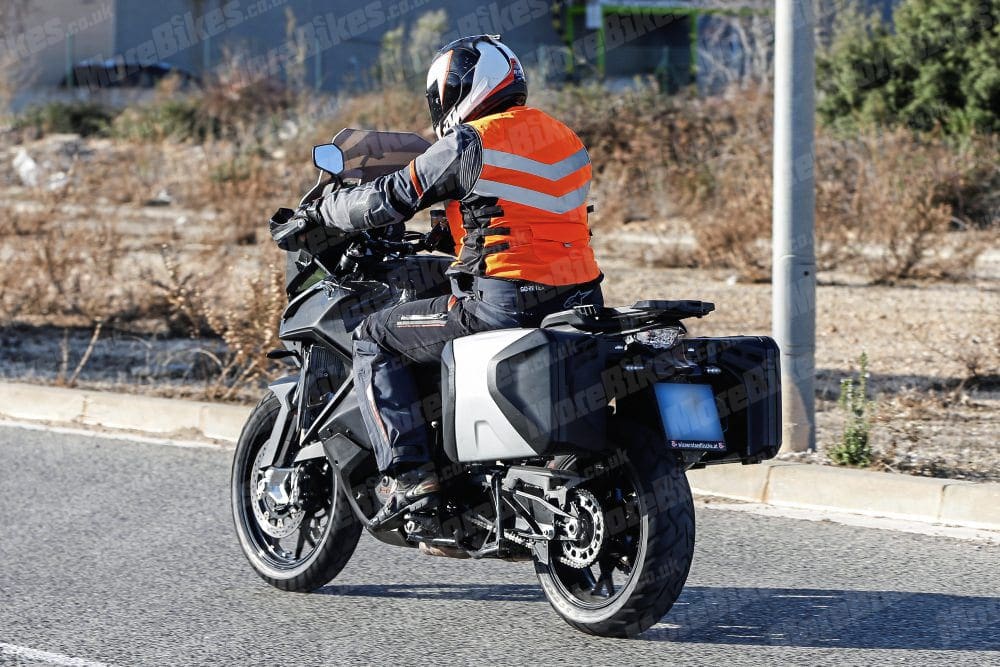 Also coming is the 790 T (below) which appears to have similar wings to the bigger bike, but wings nonetheless. Sited on its petrol tank and engine-surrounding-bottom-bulge, the new aero bits look great but the smaller motorcycle is missing the crucial mid-part of the new plastics which are acting like a fairing on the 1290. What the 790 does get is a cute mini-fairing/deflector sticking out the bottom of the nose cone which looks very purposeful and just in the right place to get fatiguing windblast out of the way of the rider. 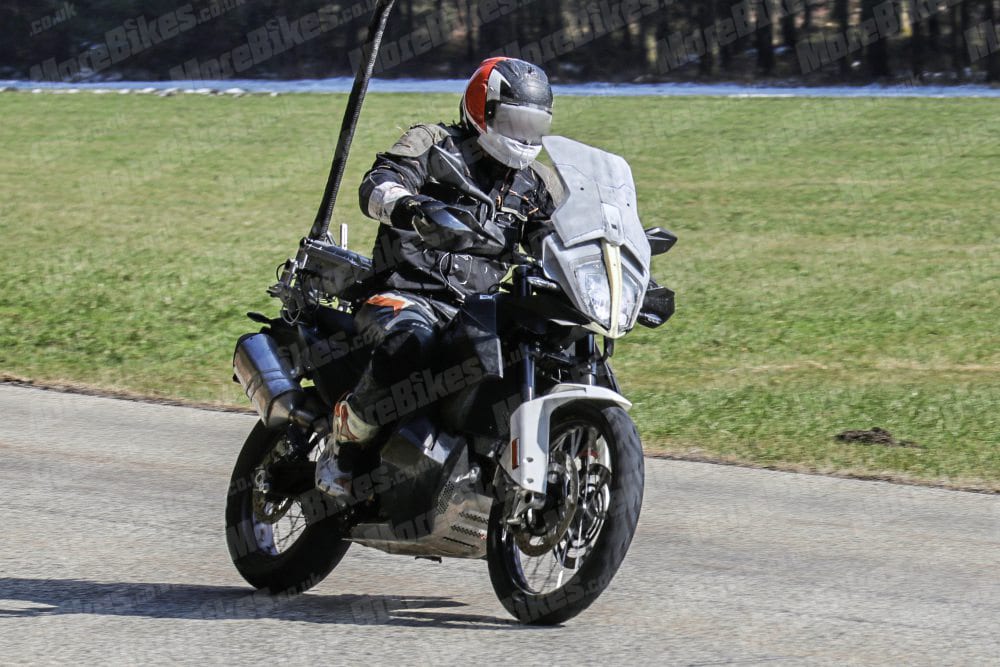 The petrol-tank-wings on both bikes are likely to aid stability at speed. Expect these motorcycles to be officially unveiled to the public by KTM later this year at the big motorcycle shows.

Not horrid at all. Bet there’s a bit of green-eyed monster going on about these bikes in some sectors of the market. Haha! 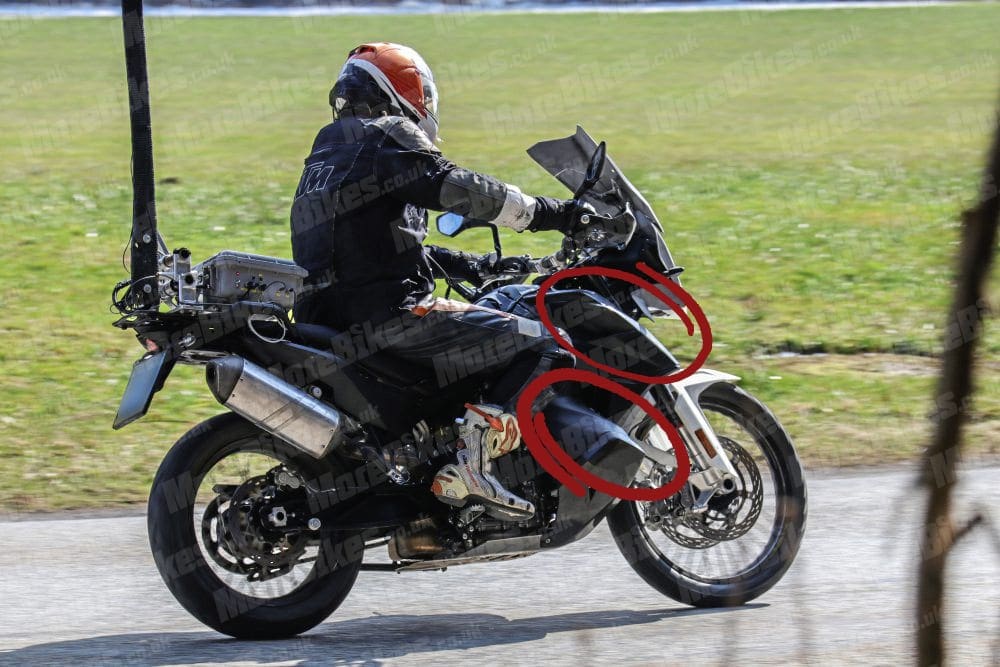