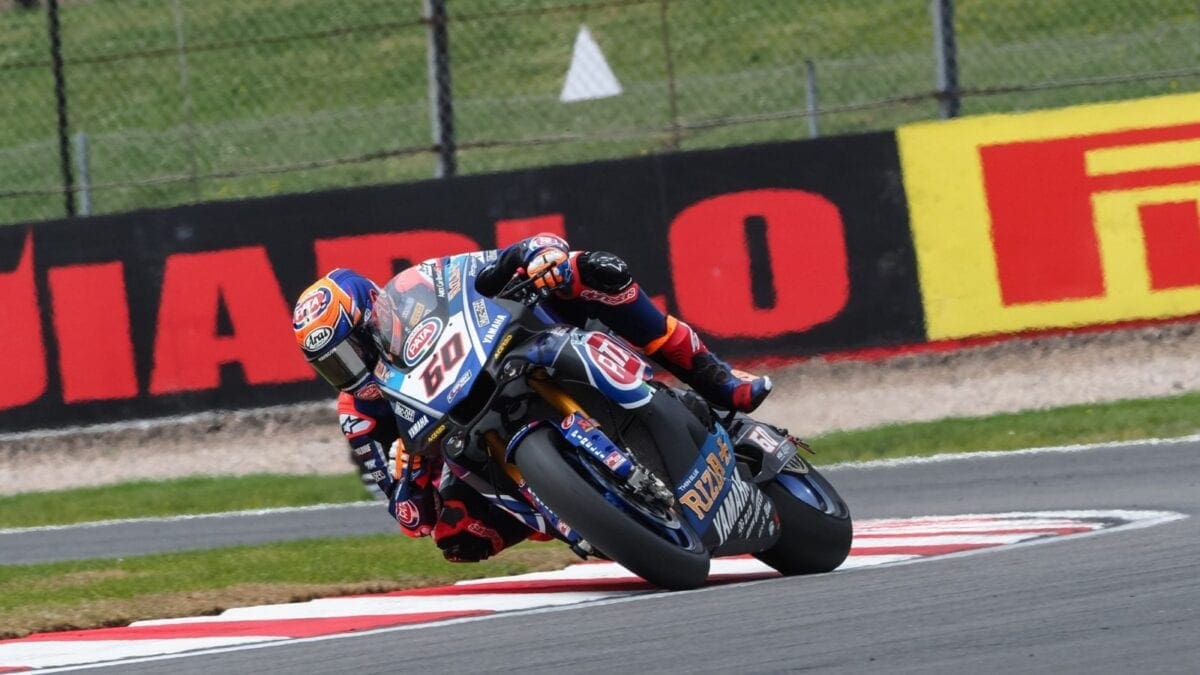 No non-British rider had won at Donington Park since 2012, and from the Free Practice sessions and Superpole, few would have predicted that would change today in Race 1. But Michael van der Mark (Pata Yamaha Official WorldSBK Team) threw out the script for the Prosecco DOC UK Round with a sensational ride, flying from sixth on the grid to his first ever win in the MOTUL FIM Superbike World Championship.
Van der Mark is the first Dutch rider to win in the top class, and the first win for a Yamaha rider since Algarve 2011, Race 2. The Dutchman left both Jonathan Rea (Kawasaki Racing Team WorldSBK) and Tom Sykes (Kawasaki Racing Team WorldSBK) shocked and fighting for the remaining podium places, with the Northern Irishman in second and ‘Superpoleman’ in third.
The psychological battle between the KRTs, leading the first row, started right from the start. Rea made it ahead at the lights, with the pair squabbling through sector 1. Sykes struck back three laps later at the Old Hairpin, but went wide at the Melbourne loop. Two laps later, an aggressive Sykes made it back in front, same move, same spot. 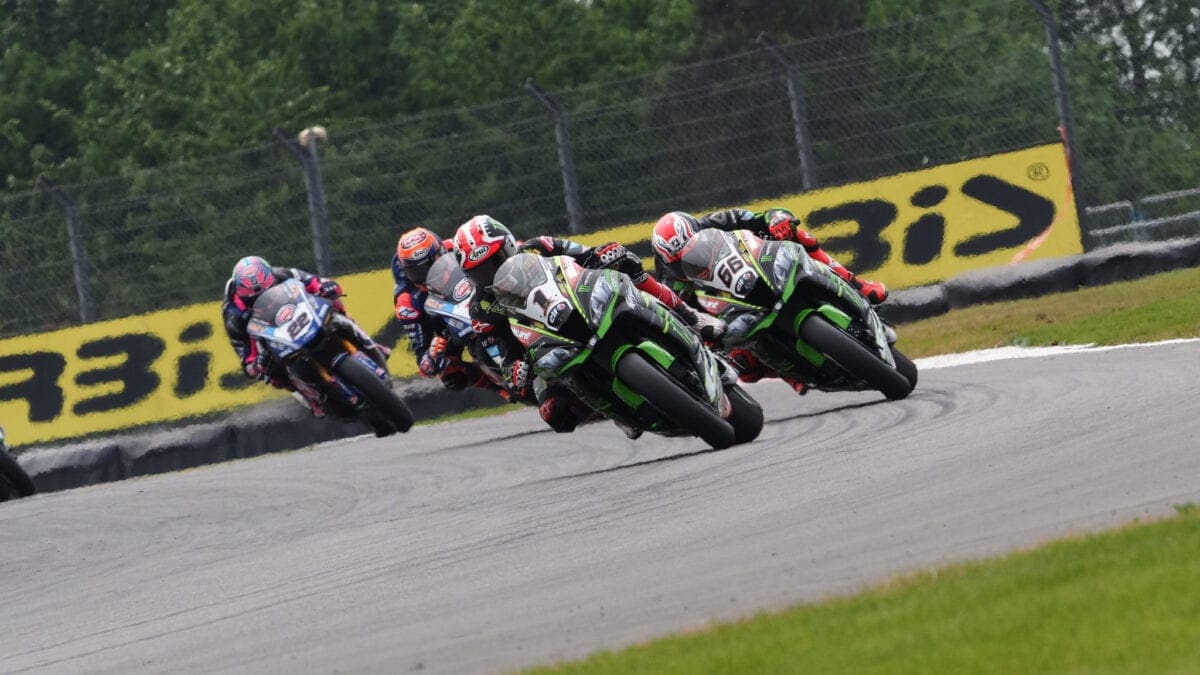 The Kawasakis were poised – and had been widely predicted – to dominate Donington weekend, but van der Mark threw a spanner in the works immediately, the only rider able to keep up with Rea and Sykes after passing his teammate Alex Lowes (Pata Yamaha Official WorldSBK Team). But stalking the KRTs was not enough for the flying Dutchman – Rea went wide at Melbourne in lap 13, the same he’d done a few laps earlier, and van der Mark shot ahead into second.
A couple of laps later, he attacked again. Van der Mark stuck the nose in at Melbourne, yet again, closed the line over Sykes, and blasted away in the lead. But the battle was far from over here: Rea picked his teammate’s pocket around Schwartz with 6 laps to go, and shot after van der Mark, smelling blood. Yet today it was not to be for the defending champion, the Yamaha rider making no mistakes and meeting the flag. 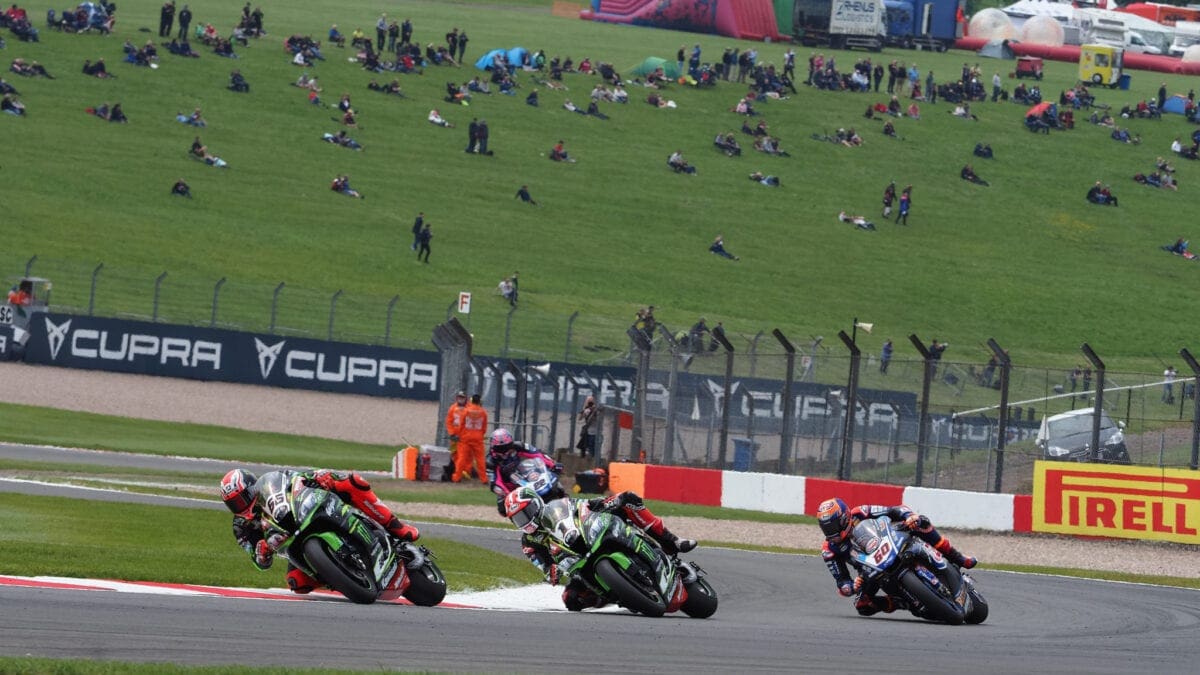 Behind the sensational podium battle, Lowes finished in fourth, behind his teammate but scoring a fantastic finish at his home race. He will also have the consolation prize of leading the line at Race 2. Lorenzo Savadori (Milwaukee Aprilia) finally translated his great qualifying and free practice performances into a great race finish, making it in at Donington in fifth, ahead of his teammate, Eugene Laverty (Milwaukee Aprilia), in sixth.
With the Kawasaki, Yamaha and Aprilia bikes all phenomenal ahead, it was a sorry day for Ducati, with just Chaz Davies (Aruba.it Racing – Ducati) making it into the top ten, in eighth position. Marco Melandri (Aruba.it Racing – Ducati) crashed with five laps to go, and goes into Race 2 with no points.
Loris Baz (GULF Althea BMW Racing Team) made it in in seventh, with Leon Haslam (Kawasaki Puccetti Racing) finishing ninth following a thrilling battle with his teammate at Donington, Toprak Razgatlioglu (Kawasaki Puccetti Racing), who went to the floor on the final lap. Closing the top ten was Leon Camier (Red Bull Honda World Superbike Team) on his full WorldSBK return after injury. 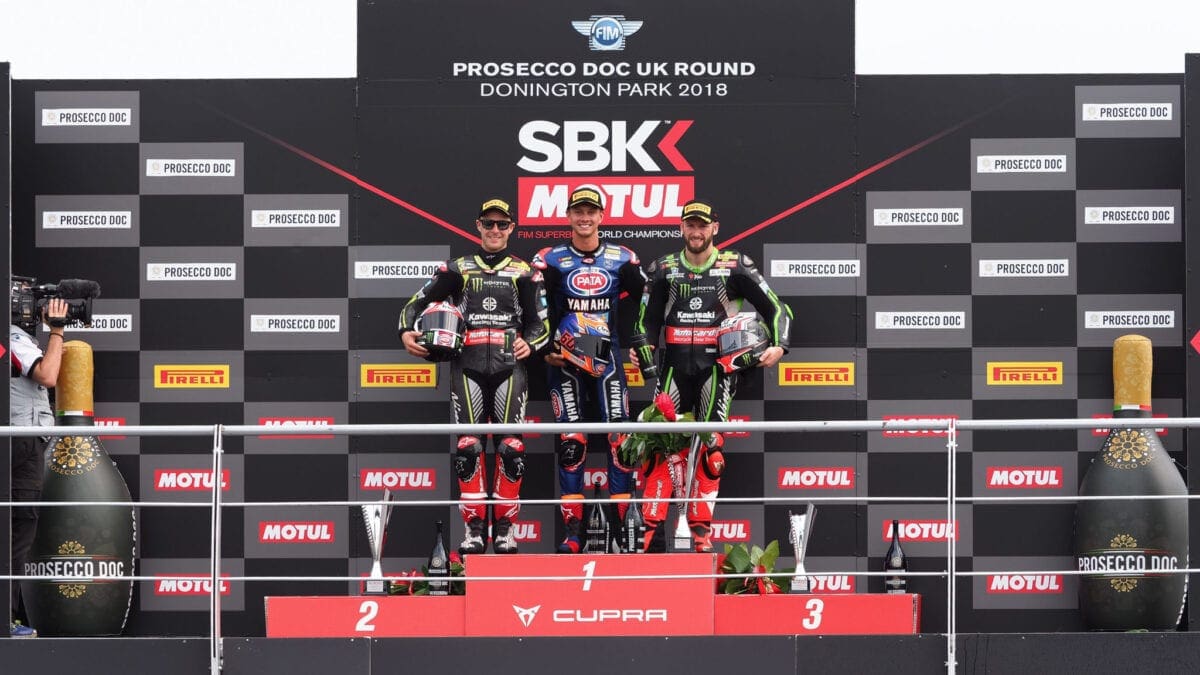